Joe Lubin: Only Conceptions of Bitcoin and Ethereum Were 'Immaculate'

Ethereum co-founder and ConsenSys CEO Joe Lubin has characterized both Bitcoin and Ethereum’s conceptions as being “immaculate.” 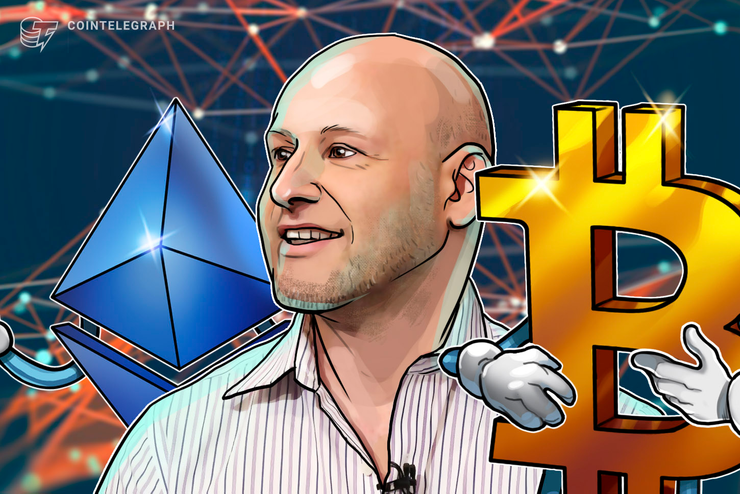 Ethereum (ETH) co-founder and ConsenSys CEO Joe Lubin has characterized both Bitcoin (BTC) and Ethereum’s conceptions as being “immaculate.”

Lubin made his remark during a panel with Vitalik Buterin and Yoni Assia at the Ethereal Summit Tel Aviv on Sept. 15, according to live reporting from eToro analyst Mati Greenspan on Twitter.

To a seasoned ear, Lubin’s comment pointedly reproduces a phrase previously used by staunch Bitcoin maximalists in reference to the conceptual and technological elegance of Satoshi’s invention and to the equally shrewd choice of timing for the publication of its white paper.

His sleight of hand in extending this characterization to Ethereum’s founding could rattle the Bitcoiners’ cage, with Lubin’s tacit point preempted and contextualized by his co-panelists Assia and Buterin, the first of whom said:

“Back then [in 2013], the Bitcoin community was very maximalist and said that things like tokenization were impossible.”

To which Buterin added:

“That was very disheartening because I thought we were all on the same team. In a lot of ways though it was fine because it gave us some breathing room. Because there's already Bitcoin as a store of value but for Ethereum it gave us a more clear use case because we didn't have to try to be hard money.”

All three panelists are reported to have positioned themselves non-tribally as “decentralized protocol maximalists.”

Bitcoin maximalism is, especially in the current cryptocurrency market climate, alive and well — with many analysts isolating the top coin from other cryptocurrencies and focusing instead on its interaction with the traditional financial sector at a time of significant macroeconomic upheaval.

Against this somewhat fashionable signalling of the death knell for altcoins, a summer 2019 report from institutional crypto exchange San Francisco Open Exchange proposed that Ether is arguably no longer an altcoin as it “is coming into its own as a blockchain that is publicly recognized as an asset on its own terms, much like Bitcoin.”

“So, does anybody know how the flippening is going? Not even close, right? Good old days with the potential flip of $ETH / $BTC.”