Kik Founder: We’ll Fight SEC ‘Until We Don’t Have a Dollar Left’

The CEO and founder of Canadian social media and messaging app Kik has vowed to fight U.S. regulators over the future of the native Kin cryptocurrency “no matter how hard it is.”

Kik will fight the SEC over the future of its Kin token until it doesn’t have “a dollar left,” vows the company’s founder 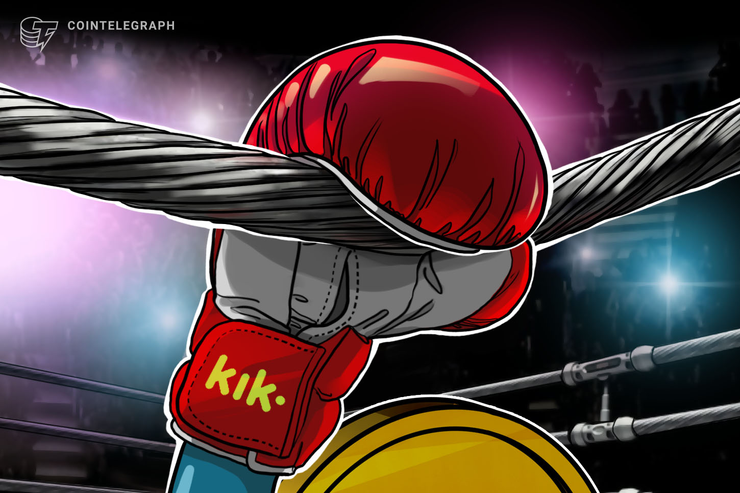 The CEO and founder of Canadian social media and messaging app Kik has vowed to fight U.S. regulators over the future of the native Kin (KIN) cryptocurrency “no matter how hard it is.”

According to a Sept. 25 report from Global News, Kik CEO Ted Livingston told an audience the Elevate Conference in Toronto on Wednesday:

“We have to keep going. Until that’s it, we don’t have a dollar left, a person left. We will keep going no matter how hard it is.”

Taking on the SEC

As reported, Kik has been mired in a costly legal battle with the United States Securities and Exchange Commission (SEC) over its initial coin offering’s designation, with the regulator suing the company for having conducted an allegedly unregistered $100 million token offering.

Livingston has pledged to fight to win the legal challenge, noting that if the Kin token will be categorized as a security, cumbersome regulations will mean it is no longer workable, imperilling the company’s revenue model.

“We feel very confident that we are correct. We need to fight,” he said.

Kik hopes to go to trial as soon as May 2020, he revealed. Meanwhile, the SEC’s action has slowed adoption of Kin and restricted trading — even though roughly 60 apps do still use the token, according to Livingston.

The CEO said that he remains committed to Kin because he sees such tokens are the only way to tackle an ever-increasing concentration of wealth as well as the prevalence of monopolies:

“Cryptocurrencies are the only way, the only tool we have now that we can counteract that, where we can build a new economy with a new form of money where we can rewrite the rules for how wealth and value is created in a global society.”

Last week, Kik revealed that insufficient revenue amid these difficulties was forcing it to cut down its workforce from 151 to 19, including staff at its offices in Waterloo, Ontario and Tel Aviv.

The remaining staff will reportedly be focused on encouraging investors to buy the Kin cryptocurrency.