Bitcoin continues to trade at around $4,000, with other top 20 cryptocurrencies reporting marked gains.

Wednesday, Feb. 20 —  cryptocurrency markets are turning around for the green after trading sideways at the beginning of the day. Almost all top 20 coins are seeing minor gains, according to data from CoinMarketCap. 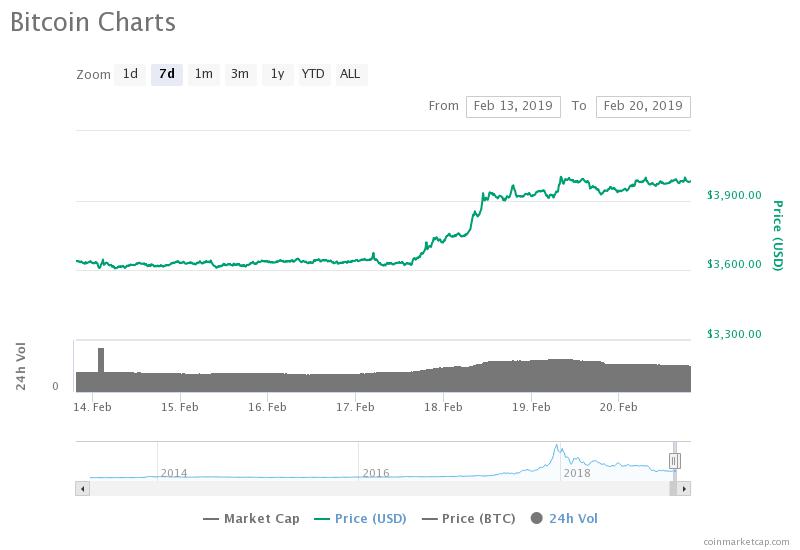 Ethereum (ETH) is currently trading at a$147.62, up almost 2.5 percent on the day at press time. The altcoin is up around 20 percent from its price point of around $123 at the beginning of the week. On the month, ETH is now up slightly over 18 percent. 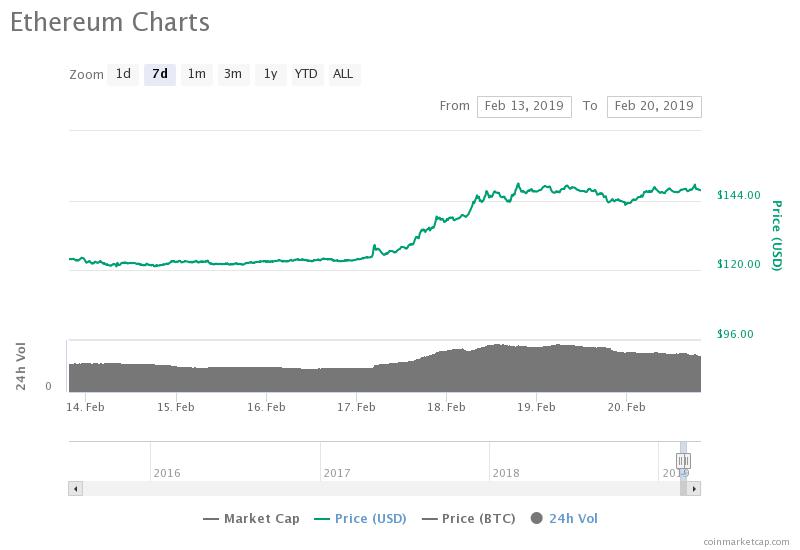 The third largest digital currency by market capitalization, Ripple (XRP), has gained 1.48 percent on the day and is trading around $0.329 at press time. On its weekly chart, XRP has increased by 8.10 percent, while on the month the coin has registered a loss by 0.3 percent. 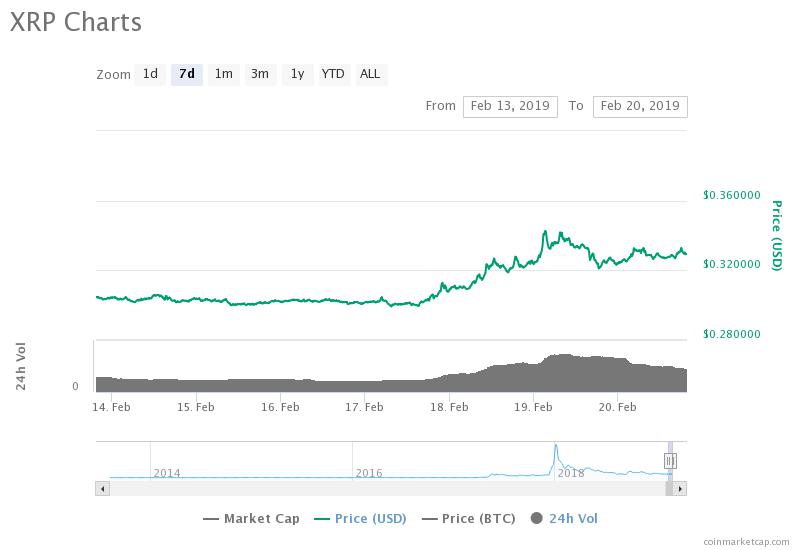 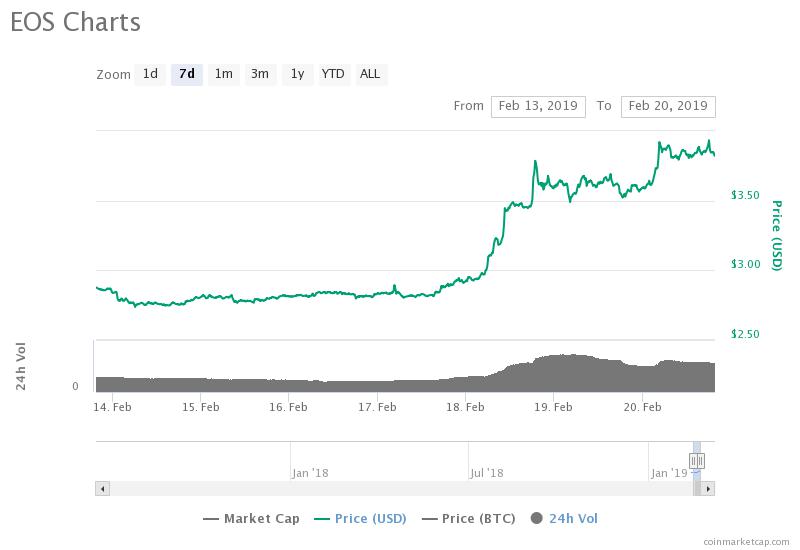 Among the top 20 digital currencies by market capitalization, only Binance Coin (BNB) and Tether (USDT) have reported losses over the past day, down 0.24 percent and 0.39 percent respectively.

Today, institutional-grade cryptocurrency investment services firm BitGo announced that it will provide wallet and custody support for cryptocurrency Tron (TRX). TRX has not yet reacted to the news, up by just 1.66 percent on the day and trading at $0.0251 at press time.

Total market capitalization of all 2,074 cryptocurrencies on CoinMarketCap is currently around $134.8 billion, up from $121.3 billion a week ago. 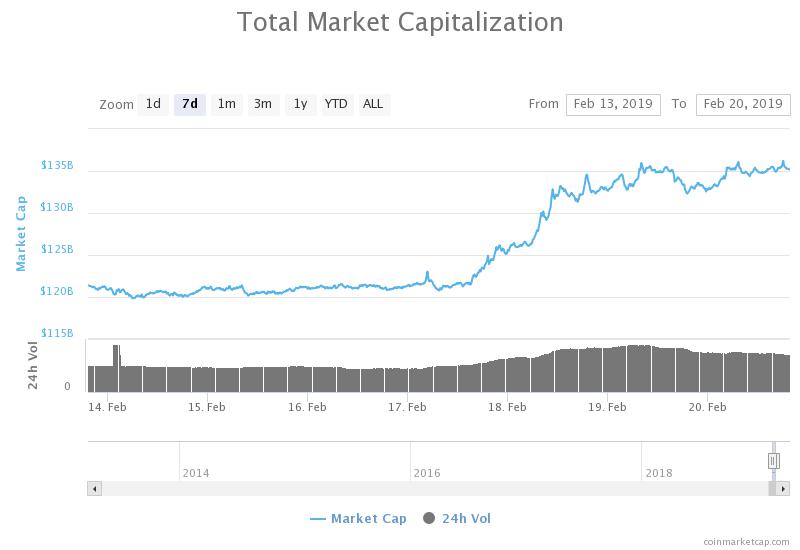 Andy Lipow, president of Lipow Oil Associates in Houston, said that "The oil market is supported by the OPEC and non-OPEC cuts from countries that are determined to see higher prices and supply disruptions."