Ripple will officially announce the launch of a Brazilian office at an upcoming fintech event.

Ripple will launch an office in Brazil, targeting further expansion across Latin America 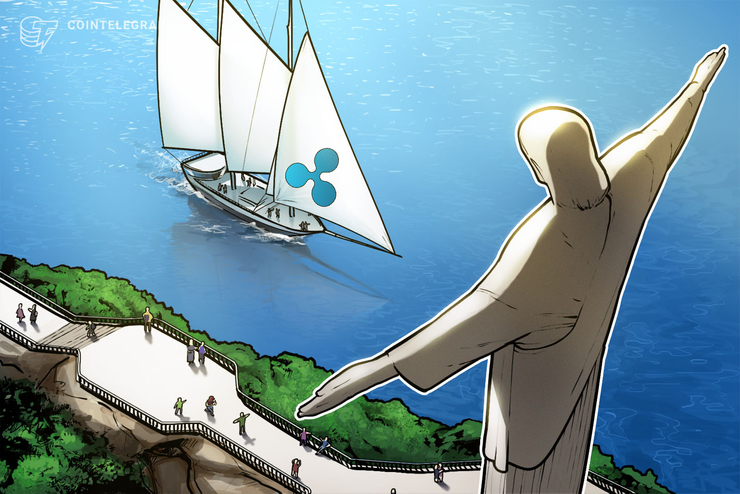 Ripple, the firm behind third-biggest crypto by market cap XRP, has launched a Brazilian office with the aim to expand across Latin America, Cointelegraph Brazil reports on June 10.

According to the report, the official announcement will be made at CIAB Febraban, a major fintech and banking event that will place in São Paulo from June 11 to June 13.

The new office will be reportedly led by Luiz Antonio Sacco, former CEO at the Brazilian subsidiary of The Warranty Group, a global warranty solution provider.

Having joined Ripple in March 2019, Sacco stated that the company intends to bring more clients to its payment network RippleNet, targeting not only Brazil but also the rest of the South American continent. To date, Ripple’s payment solution has already been adopted by three clients in Brazil, including financial firms such as Santander Brasil, BeeTech Global and Banco Rendimento, the report notes.

Apart from enabling major payment benefits, Ripple is also planning to launch educational and training programs in collaboration with major universities in Brazil, including the University of São Paulo and Fundação Getúlio Vargas. Sacco noted that investment in education will play a key role in promoting blockchain technology, while the research in the field is expected to expand career opportunities in the region.

Recently, Ripple revealed plans to enable a higher degree of accuracy for reporting XRP volumes and sales, following a recent Bitwise report that claims that 95% of bitcoin (BTC) trading volume is fake.