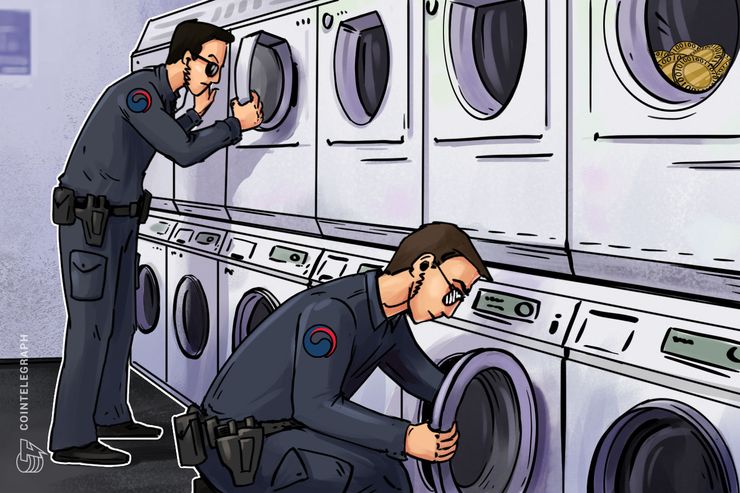 The FSC will now be taking part in the anti money laundering investigation, hitherto led by the Financial Supervisory Service (FSS), in order to help expand its scope, news outlet Korea Times reports.

Commenting on the agency’s move, Vice Chairman of the FSC Kim Yong-beom has urged regulators worldwide to coordinate their regulatory policies on cryptocurrencies.

Following a request from the FSS, the FSC will now check bank accounts belonging to Korean crypto exchanges on compliance with anti-money laundering (AML) standards and other fraud prevention measures. According to Korea Times’ report, the main subject of the expanded audit would be Bithumb, the country’s largest crypto exchange which revealed plans to launch its own crypto token back in April.

According to Korea Times, Kim Yong-beom has said that despite the investigation into crypto exchanges, the FSC does not oppose the use of blockchain in banking and financial services and is currently evaluating the usefulness of cryptocurrencies as a means of payment.

FSC’s chairman has further noted the need to communicate a coordinated global approach to regulatory policies on crypto, arguing that “international discussion” is “necessary.”

“We are seeing a steady development of blockchain technology thanks to its greater accessibility and efficiency. Because this technology has the potential to shake up today's regulations on securities, regulators have to respond to such a looming challenge.”

On May 6, the newly appointed FSS governor Yoon Suk-heun took a favourable stance towards crypto, noting its “positive aspects” and claiming that the agency is responsible for providing “remedies to help crypto trading and blockchain technology get better.”

Earlier this week, Cointelegraph reported that South Korean police have started an investigation into Upbit, one of the top crypto exchanges in the country, for alleged fraud. The event has triggered a downward trend on the crypto markets.