Crypto markets are seeing a tint of green, with just a few top coins in the red. Bitcoin is hovering under the $4,000 mark.

Tuesday, Nov. 4: Most of the top twenty cryptocurrencies are in the green, having overcome yesterday’s losses, with Bitcoin (BTC) hovering under the $4,000 mark.

On its weekly chart, BTC has reached a low of $3,755 before touching a high of $4,404. Today, the CEO of Japanese fintech firm and crypto exchange operator Quoine predicted that BTC will “surpass” its all-time price highs by the end of 2019, noting that “there’s nothing new, no catalyst” in the immediate future to drive prices back up. 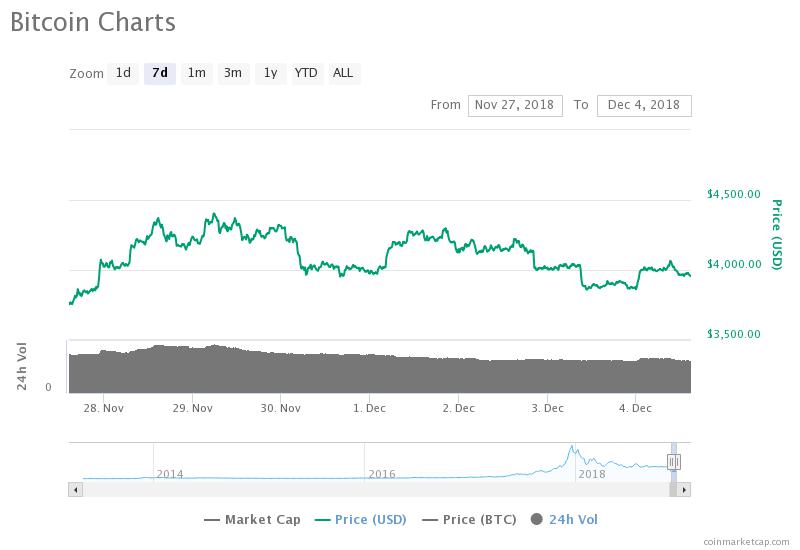 The second largest crypto by market capitalization Ripple (XRP) is trading at around $0.352, having gained 0.83 percent on the day at press time. Today, the coin dipped to its lowest price point of the week at $0.349, while the intraweek high of $0.399 was reached on Nov. 28. 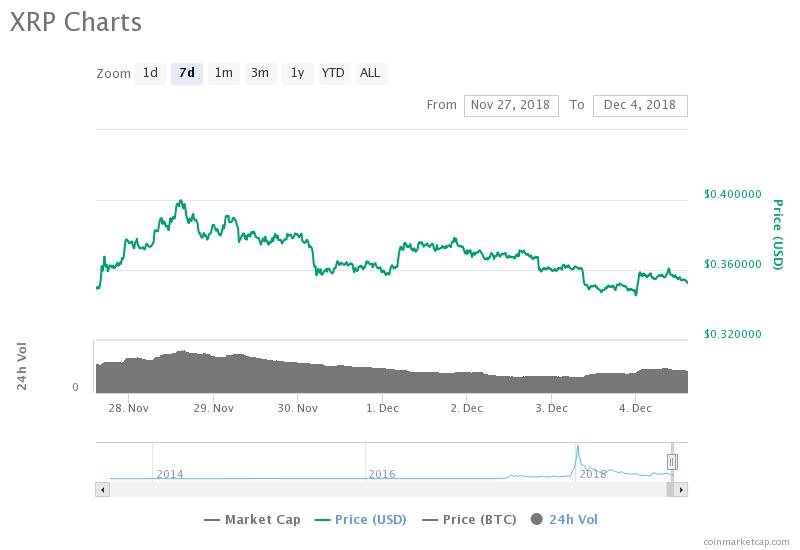 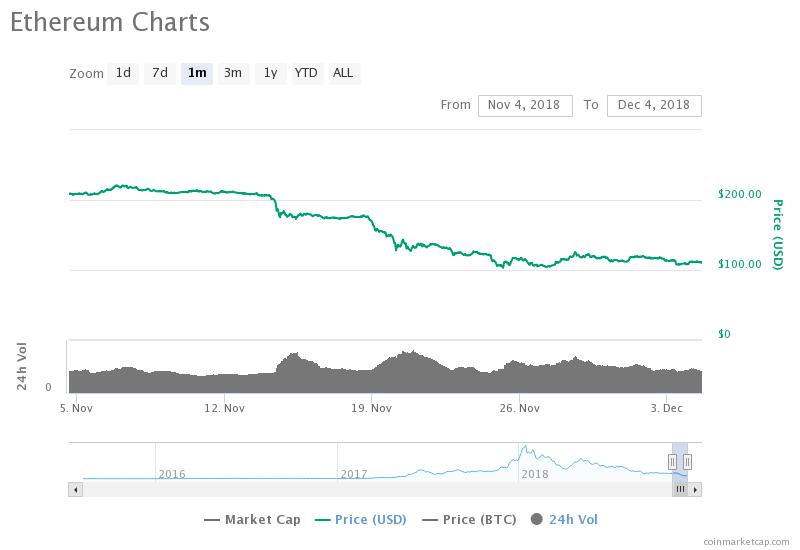 At press time, the main losers in the top 20 cryptocurrencies are Bitcoin Cash (BCH) and EOS, which are down over 6 percent on the day and are trading at $149 and $2.43, respectively. Bitcoin SV (BSV) — which was created in November of this year following BCH’s hard fork — is also in the red, trading at around $91, down almost 3 percent on the day, according to CoinMarketCap.

Total market capitalization of all cryptocurrencies is around $126.9 billion as of press time, according to CoinMarketCap. The daily trading volume of all coins is $13.5 billion at press time. 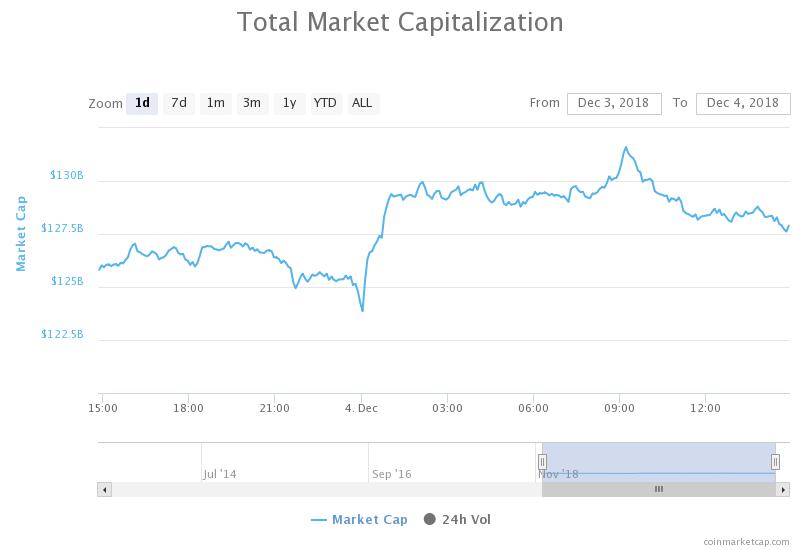 Today, the world’s second-largest stock exchange, Nasdaq, confirmed it plans to launch Bitcoin futures in the first half of 2019. There has reportedly “been enough work put into this to make [the question of regulatory approval] academic [...] we’re doing this, and it’s happening.”