Fundstrat’s Tom Lee stays strong with his Bitcoin price prediction, saying the coin will hit anywhere between $22-$25K by the end of the year. 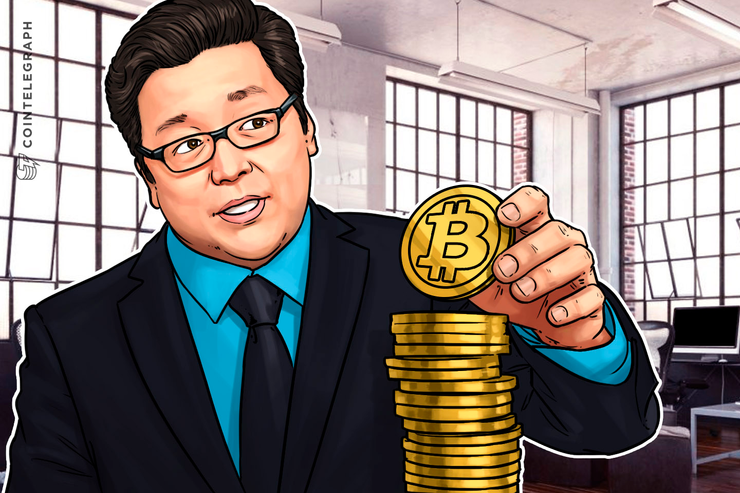 Financial market research firm Fundstrat’s Tom Lee defended his position that Bitcoin (BTC) could trade at anywhere from $22,000 to $25,000 by the year’s end, in two CNBC interviews Thursday, July 5.

Lee made sure to clarify to reporters that his most recent $22,000 price prediction is emphatically not a bearish retreat from his previous forecasts of $25,000.

Speaking on CNBC’s “Squawk Box” segment Thursday morning, Lee at first appeared to have somewhat toned down his bullish outlook by saying that “it’s not out of the question that [BTC] could be over the $20,000 by the end of the year.” Lee based his rationale for the new estimate on the historic correlation between Bitcoin’s price and mining costs, which he says by the end of the year will be around $9,000 per coin mined.

Reappearing on CNBC Thursday afternoon, Lee was quick to clarify what he considered to be an exaggerated reaction to his morning comments, saying that:

“I do think it’s the first time I’ve ever heard someone thinking something could triple is a bearish comment. I think I may have misspoken a little bit […] what I was trying to illustrate was that [...] applying the historical average of 2 and a half times mining costs would imply fair value over $20,000 - roughly $22,000.”

Lee then added: “[w]e still think bitcoin can reach $25,000 by the end of the year or something like that.”

Back in May, Fundstrat published its in-house analysis of the relationship between BTC mining costs and price performance, saying at the time that the data had “proven a reliable long-term support level.”

May’s statistics notably proposed a slightly lower historical average to today’s figure, using a 1.8 times historic mining costs average to forecast Bitcoin’s price to be around $36,000 by the end of 2019.

Bitcoin is currently trading at about $6,582 to press time, down just over one percent on the day.