Will Bitcoin’s Volatility This Month Hinder the Future of an ETF?

There exists a possibility the abrupt fall of bitcoin to $6,400 could hinder the chances of an ETF approval.

An individual investor, speculated to be a whale — an investor holding a significant amount of bitcoin — is said to have placed a massive sell order on Bitstamp, a major bitcoin exchange based in Europe. 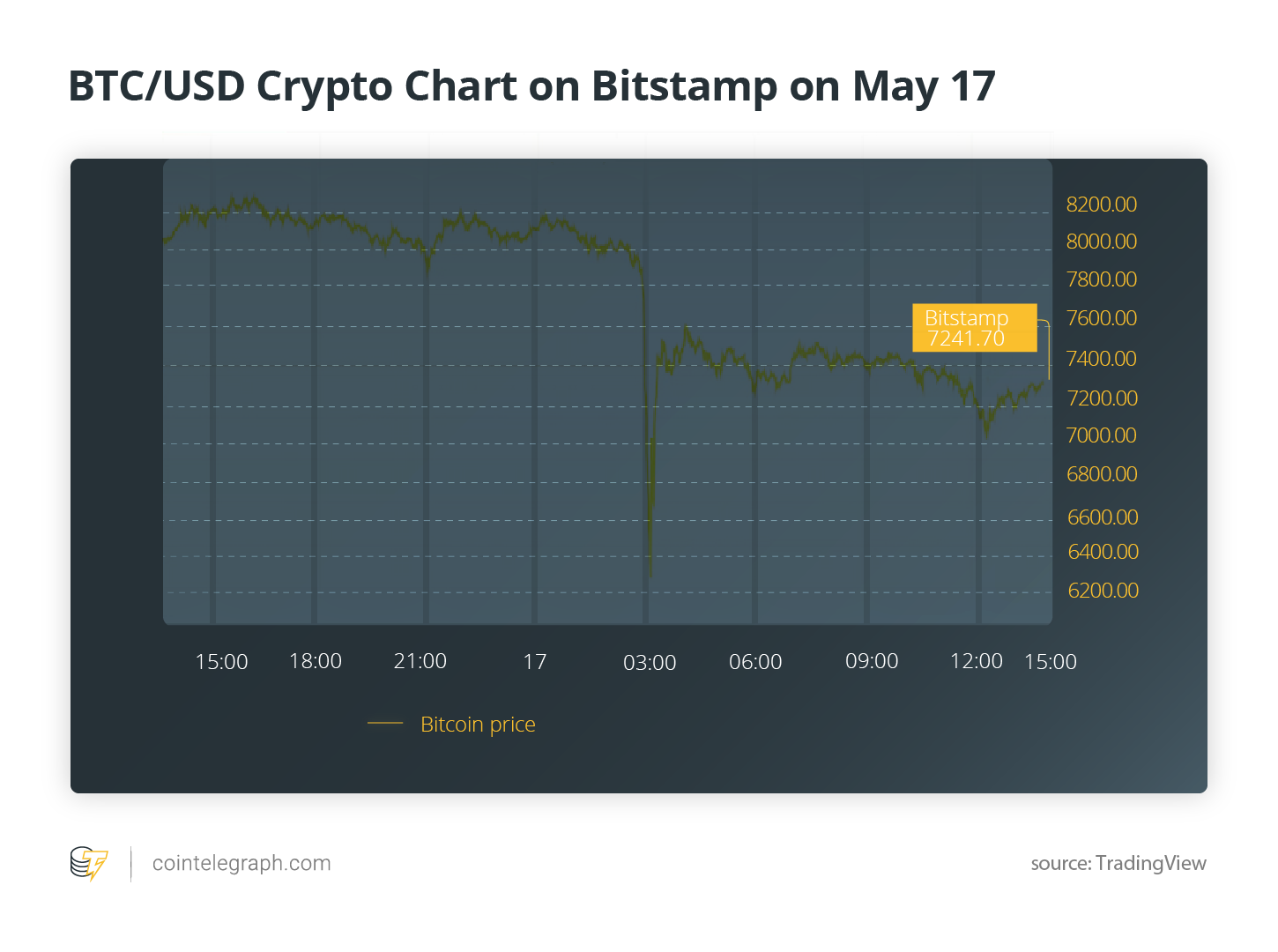 The sell order caused the price of bitcoin on Bitstamp to briefly drop to $6,400, which then led contracts on BitMEX, popular bitcoin margin trading platform internationally, to be liquidated in a short time frame.

BitMEX contracts were liquidated by the “flash crash” on Bitstamp because the bitcoin index of BitMEX heavily relied on Bitstamp’s feed prior to May 20.

Before the mass liquidation of contracts on BitMEX, the exchange’s bitcoin index was only dependent on Coinbase Pro and Bitstamp, and as the bitcoin price on Bitstamp plummeted, it consequently led the price of bitcoin on BitMEX to abruptly drop.

Following the incident and the initiation of an investigation by Bitstamp, BitMEX added Kraken to its index to reduce the chances of manipulation. 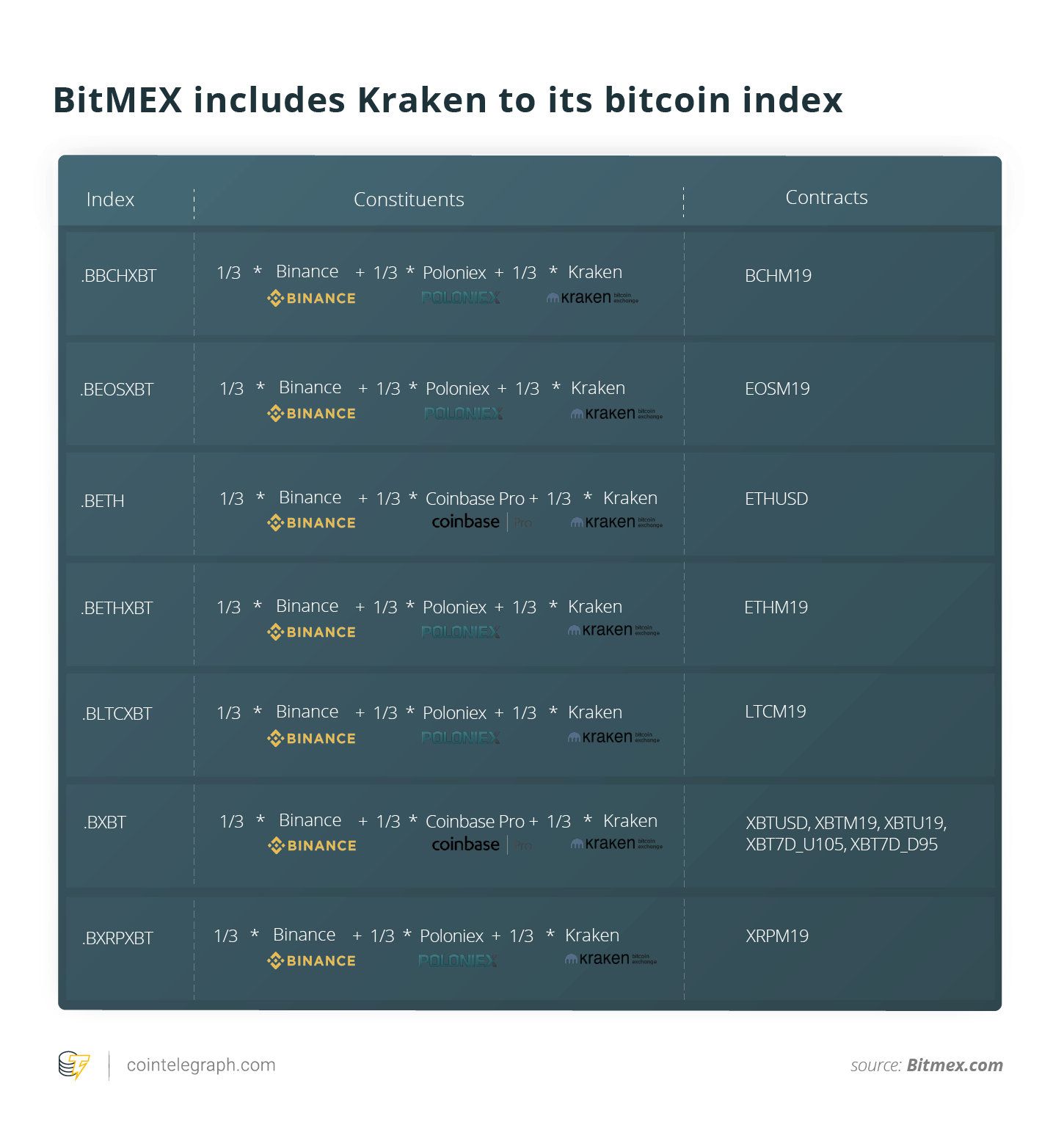 “Effective 22 May 2019 at 04:00 UTC, Kraken will be reintroduced into several of BitMEX’s Altcoin and Bitcoin Indices. This update is a reflection of a change in our Kraken market data feed handler from using Kraken’s REST API to their new Websocket API,” the BitMEX team said.

Could the incident hinder a bitcoin ETF approval?

Subsequent to the unforeseen 18% drop in the bitcoin’s price, researchers in the crypto industry — including Gnosis product developer Eric Conner — said that the incident could hurt the probability of an exchange-traded fund (ETF) gaining approval by the United States Securities and Exchange Commission (SEC) in the near term.

A whale crashes the entire crypto market 20% in 5 minutes with a single sell order on the books and people actually think an ETF is coming? 🤣

Conner added that, “For reference someone put a 5,000 BTC sell on BitMEX, which BitMEX uses for 50% of its feed and it appears to have tripped some algorithms which made a cascade on BitMEX.”

He also added that every rejection of an ETF proposal included the concerns of the SEC regarding market manipulation on unregulated exchanges:

“Every single ETF rejection has cited market manipulation on unregulated exchanges as the #1 reason for rejection.”

The SEC’s rejection of a bitcoin ETF in July 2018 that was filed by the Winklevoss twins, for instance, explicitly stated that the ETF did not meet the SEC’s requirements concerning the prevention of fraudulent and manipulative acts and practices.

Citing the ETF proposal’s reliance on a crypto asset exchange and the lack of regulations in overseas markets, the SEC said:

“Although the Commission is disapproving this proposed rule change, the Commission emphasizes that its disapproval does not rest on an evaluation of whether bitcoin, or blockchain technology more generally, has utility or value as an innovation or an investment. Rather, the Commission is disapproving this proposed rule change because, as discussed in detail below, BZX has not met its burden under the Exchange Act and the Commission’s Rules of Practice to demonstrate that its proposal is consistent with the requirements of the Exchange Act Section 6(b)(5), in particular the requirement that its rules be designed to prevent fraudulent and manipulative acts and practices.”

The SEC, however, emphasized that the disapproval of the ETF proposal was not an evaluation of bitcoin or blockchain technology, clarifying that the rejection explicitly concerns the ETF filing.

Other ETF rejections by the SEC, including the disapproval of nine ETFs by the SEC in August 2018 similarly cited the relatively small size of the bitcoin futures market and the spot exchange market, which could leave the ETF vulnerable to manipulation. The SEC ruling published on Aug. 22 read:

“And where the Commission has considered a proposed ETP based on futures that had only recently begun trading,38 the Commission specifically addressed whether the futures on which the ETP was based — which were futures on an index of well-established commodity futures — were illiquid or susceptible to manipulation.”

What a VanEck director thinks about the argument

Speaking to Cointelegraph in an exclusive interview, Gabor Gurbacs, the director of digital asset strategy at VanEck, an investment management firm based in New York with $47 billion in assets under management, said that the volatility of bitcoin will likely have no effect on the prospect of an ETF.

Gurbacs said that millions of U.S. citizens trade and hold bitcoin on an exchange, and a strictly regulated ETF would offer more protection to retail investors.

“The current rise and decline in Bitcoin price have no barring on the prospects of an ETF. Millions of Americans hold Bitcoin on an exchange, in OTC products and other forms. Bitcoin is already mainstream. An ETF would add extra customer protections and liquidity as highlighted earlier.”

On May 2, Gurbacs said that a bitcoin ETF brings better protection measures for investors than existing investment vehicles, which would allow investors to commit to the crypto market in a safer and more secure environment:

He further added that in recent months, well-regulated over-the-counter (OTC) platforms and trading platforms have emerged to serve accredited investors and institutions, which can provide accurate market data.

The New York Stock Exchange’s parent company, the Intercontinental Exchange (ICE) is preparing to debut Bakkt in July with a test operation, and Fidelity — the fourth-largest asset manager in the global market — is set to launch a bitcoin custodial service in the near term through Fidelity Digital Assets.

“What’s the benefit of leaving millions of people in/on unprotected and substandard vehicles and platforms? The free market should decide their preference. Right now everyone is pushed toward lesser alternatives/product,” Gurbacs said, adding that “there are a good number of highly regulated Authorized Participants(APs), OTC platforms, broker-dealers and trading platforms that are appropriate.”

On CNBC’s ETF Edge, ETF.com Managing Director Dave Nadig said that it is quite clear the SEC is in a phase wherein it is focusing on gathering as much information as possible about ETF proposals surrounding bitcoin and potentially other crypto assets.

“Well certainly everybody who has filed an ETF has put hundreds of pages of documents back to the SEC trying to close some of these gaps. But, based on the comments we've seen last week around one of these filings, it is clear to the SEC is information gathering mode.”

As such, considering the tendency of the SEC to be cautious about the approval of new ETFs and investment vehicles, former Kobre & Kim LLP litigator and U.S.-based attorney Jake Chervinsky said he does not expect the highly anticipated bitcoin ETF proposal of VanEck to be approved. That would mean ETF proposals that are expected by the public to have the best chances of being approved are likely to be rejected.

“First, I'd be shocked if the SEC approved the first ever bitcoin ETF after six years of denials without taking all the time allowed by law. Moving slowly makes the SEC appear thoughtful & thorough. VanEck's final deadline is October 18. An early decision likely means denial.

“Second, market conditions don't support early approval. Bitcoin has been very volatile recently & investigations related to fraud & manipulation have ramped up (like NYAG & Bitfinex). The SEC has no reason or incentive to come out in favor of bitcoin in this environment.”

On April 25, the Office of the New York Attorney General (NYAG) filed a lawsuit against iFinex, the parent company of Bitfinex and Tether, for allegedly misusing $900 million of Tether’s cash reserves.

The NYAG alleged Bitfinex had lost $850 million in a dealing with Crypto Capital Corp., a “bank” based in Panama that had processed transactions for crypto exchanges in the past, and covertly received a loan worth $900 million from Tether without alerting investors.

Given the ongoing legal dispute between iFinex and the NYAG, Chervinsky suggested that the SEC does not have an incentive to essentially go out of its way to support the crypto industry with an early decision to approve an ETF proposal, which the SEC does not typically do.

What would it take for the SEC to approve an ETF?

“I think things are pointing towards a positive resolution for bitcoin bulls but I don't think it is imminent," Nadig said. And when asked whether he thought something would eventually happen, he said, "I do."

While there exists a possibility that the SEC will continue to delay ETF proposals for years until the commission feels comfortable approving an investment vehicle, experts generally foresee an ETF being introduced to the U.S. market in the long term.

If the rate in which the infrastructure surrounding the crypto market, particularly the institutional side, continues to increase in the short to medium term, with both companies within the crypto market and in the traditional finance sector vamping up efforts to build better custodial solutions, it could contribute to the approval of the first bitcoin ETF.

The launch of Bakkt, an ICE-backed bitcoin futures market, and other strictly regulated platforms may also raise the confidence of the commission in the structure of the crypto market, as that would decrease the probability of market manipulation.

At its peak in May, the CME bitcoin futures market recorded a daily volume of over $1 billion, which is four times larger than the daily spot volume of bitcoin in early March.

For regulators, the increase in the market share of regulated players like futures markets and strictly compliant exchanges — such as Gemini, Coinbase and Kraken — would create a more favorable market to regulate and to introduce to the broader mainstream investor base.