The Aston Plaza in Dubai, a major bitcoin-related real estate project, is reportedly pausing its operations. 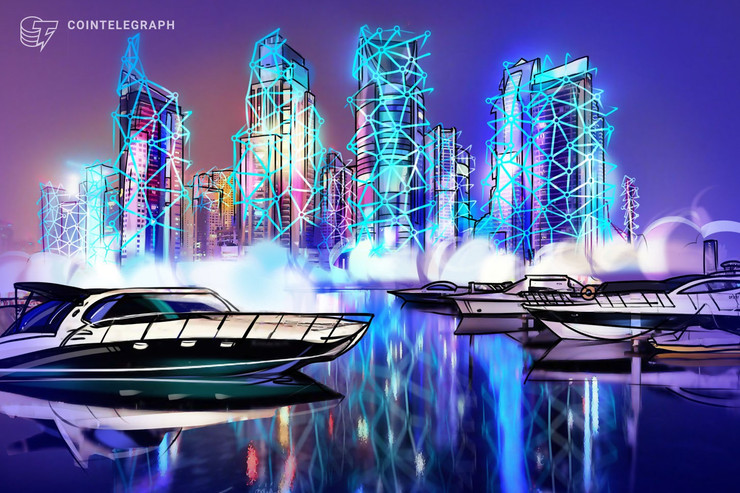 This article has been updated to include comments from the press office of Lady Mone.

The $325 million project — developed by founder of the Ultimo lingerie brand Michelle Mone and her billionaire partner Douglas Barrowman back in 2017 — includes 1,300 luxury apartments, with at least 150 units planned to be sold in bitcoin.

Touted as the first major development of this size to be available for purchase in cryptocurrency, the Aston Plaza initially offered $130,000-priced studios, about 15 BTC as of February 2018, as well as two-bedroom apartments for $380,000, worth around 45 bitcoins. As previously reported by Cointelegraph, the entrepreneurs sold 50 apartments for bitcoin as of February 2018.

According to the Aston Plaza website, the venture now offers studios as well as one- and two-bedroom apartments starting at 9 BTC; however, the website notes that price is pegged to the United States dollar exchange rate for bitcoin as of Jan. 8, 2018, making 9 BTC equal to around $147,000.

As previously reported by CNBC, the project was originally scheduled to be completed by September 2019.

However, citing government inspectors who visited the site in January of last year, The Times reports that construction of the venture has stopped. As presented on the project’s website, 25% of the project has been constructed to date, with over 400 apartments already sold.

According to Lady Mone’s press office, The Times’ categorization of the construction as stopped is “damaging as the towers are currently being re-designed.” In an email to Cointelegraph, the press office noted that the clients’ money is currently being held in an escrow account.

Mone had previously founded another crypto-related initiative known as Equi Capital, according to tech news outlet The Next Web. The Equi project — with reported involvement from Apple co-founder Steve Wozniak — was initially set for launch as an initial coin offering (ICO). Following a $7 million pre-sale, the ICO was eventually cancelled, with refunds issued to investors due to loss of interest and failure to make targets.

The press office of Lady Mone told Cointelegraph in an email that the Equi project was stopped by them as they worked on their partnership with Wozniak, and thus cannot be considered a failure. The email notes that due to legislation surrounding security tokens, they have a team of lawyers working on how to move forward, with a launch planned for later this year.

In February of this year, the UAE’s largest real estate development firm, Emaar Properties, has officially denied reports that it enabled crypto payments for property.