Bitcoin Inches to $6,000 While US Stocks Drop

Tuesday, May 7 — following some moderate losses yesterday, the crypto markets have rallied to break new 2019 highs today, with bitcoin (BTC) inching close to $6,000.

All the top 20 coins by market cap are solidly in green at press time, with ether (ETH) and tezos (XTZ) seeing the biggest gains over the past 24 hours at press time. Both coins are up more than 8% over the day. 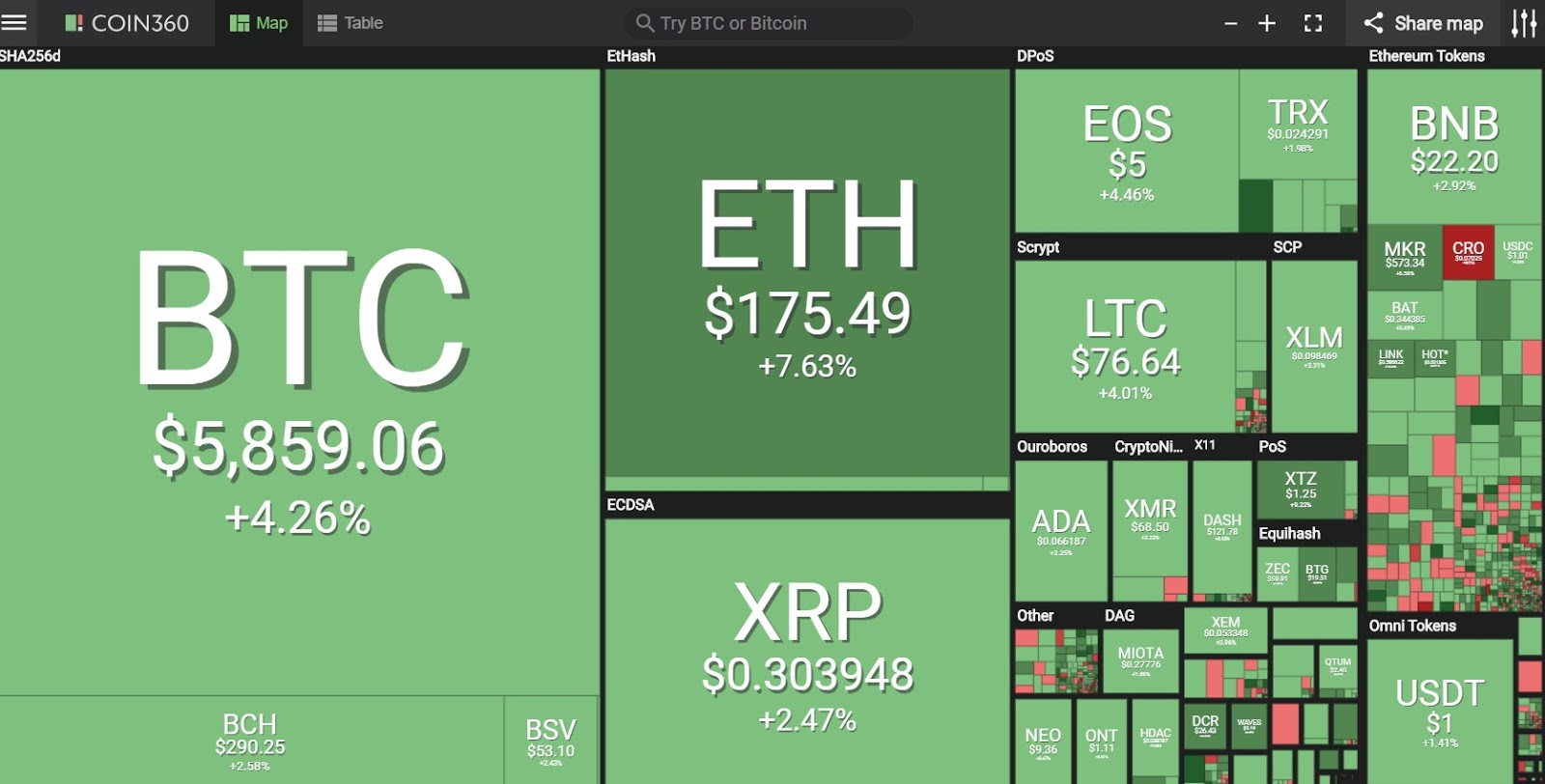 After slipping under the $5,700 threshold yesterday, bitcoin rose 4.4% to trade at $5,947 at press time. The major cryptocurrency has broken the $5,900 support for the first time in 2019, while still hovering around the price points of November 2018. The biggest cryptocurrency is seeing one of the biggest gains among the top 20 coins over the past 7 days, up around 12.7%.

Bitcoin’s dominance on the markets accounts for 55.8%.

Ether, the second-largest cryptocurrency by market cap, is trading at $177, up 8.3% over the past 24 hours at press time. The biggest altcoin is up around 12% over the week.

On May 6, Bloomberg reported that $7 trillion investment firm Fidelity is reportedly soon planning to launch bitcoin trading for institutional clients.

Recently, social media giant Facebook allegedly received the rights to the “Libra” trademark for its highly secretive cryptocurrency project. According to the Wall Street Journal, Facebook is seeking an investment worth $1 billion to develop the much rumored initiative.

Meanwhile, the United States stock market continued to drop today, with the Dow Jones Industrial Average (DJIA) slipping more than 130 points at the open, as CNBC reports. At press time, the DJIA is down 0.25%, while the S&P 500 (SPX) and Nasdaq (NASDAQ) Composite both declined about 0.5%.