Commentators split between shock and welcome correction as Bitcoin struggles from $1,800 fall.

Bitcoin (BTC) escaped a fresh dip to $7,500 on Sept. 25, avoiding the worst scenario analysts had warned about before its major crash.

Data from Coin360 showed the largest cryptocurrency paring some losses between $8,000 and $8,500 on Wednesday.

Previously, BTC/USD had bottomed out below $8,000 on some exchanges, capping a nightmarish 12 hours in which the pair shed almost 20%.

Previously, one trader warned markets were set for a dive to $7K-levels. 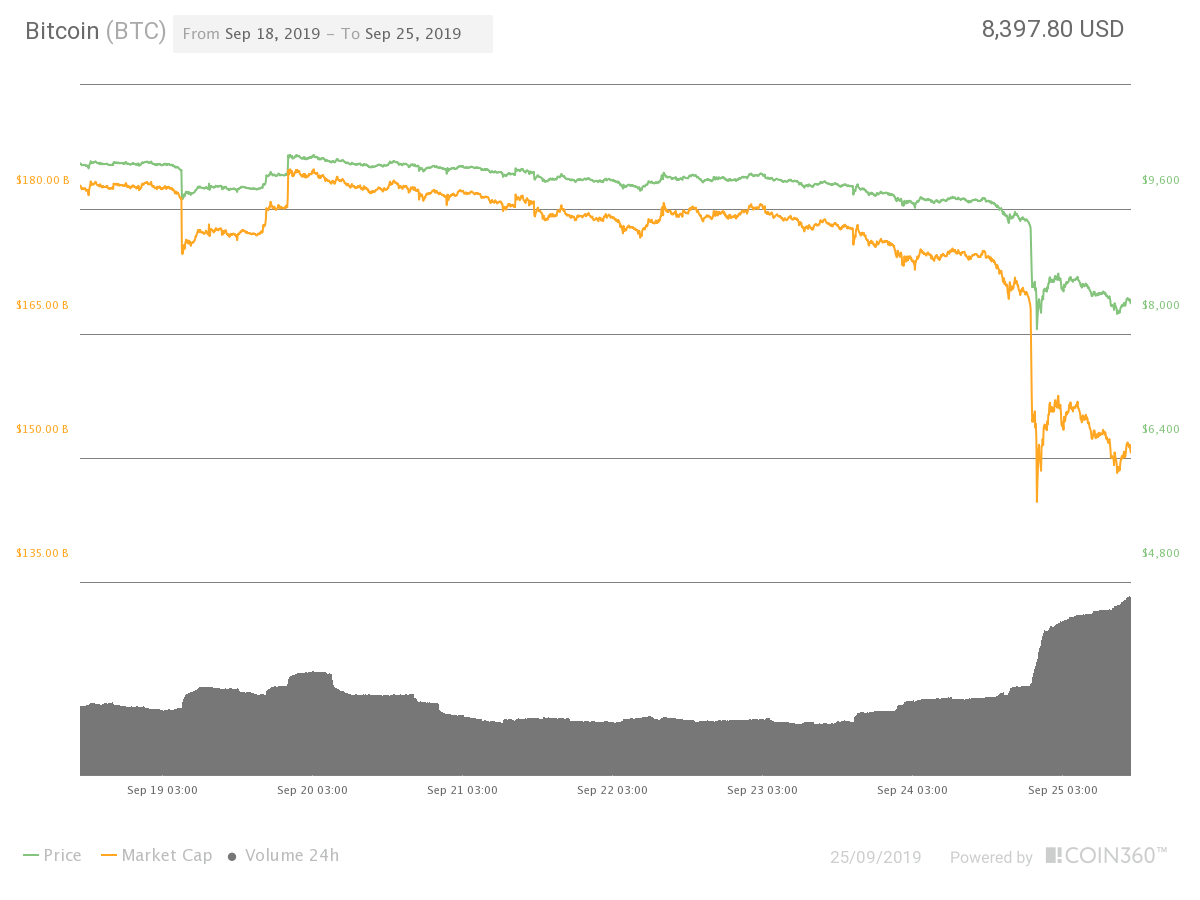 Various theories soon emerged about what caused the rout, including a $1.2 billion transaction on an exchange which could have sparked market panic.

Now, attention is turning to the run-up to Bitcoin’s 2020 block reward halving event.

According to analyst PlanB’s stock-to-flow model for Bitcoin price, which has traditionally given accurate predictions, the mean Bitcoin price in the run-up to next May is  $8,285.

As such, under current conditions, BTC/USD is no longer trading higher than its planned levels in a year’s time.

Other sources also considered the latest drop in price to be a welcome correction. Among them was Bakkt, the institutional trading platform which launched this week.

Arguing its product was aiding Bitcoin price discovery, Bakkt claimed the timing for the event was no coincidence.

“Price discovery unfolding before our eyes,” officials wrote on Twitter. They added:

Bakkt had gained negative publicity due to the slow uptake upon launch, against much higher volumes for competitors’ futures products such as those from exchange Binance.

Bitcoin SV leads altcoin crash of up to 25%

Not all fared worse than Bitcoin, however. XRP managed to cap daily losses at 11.1%, while several managed around 12% compared to Bitcoin’s 13.5%.

Others fell considerably, with Bitcoin Cash (BCH), Bitcoin SV (BSV) and EOS (EOS) all shedding more than 20%. BSV was the worst performer in the top twenty, down 25%. 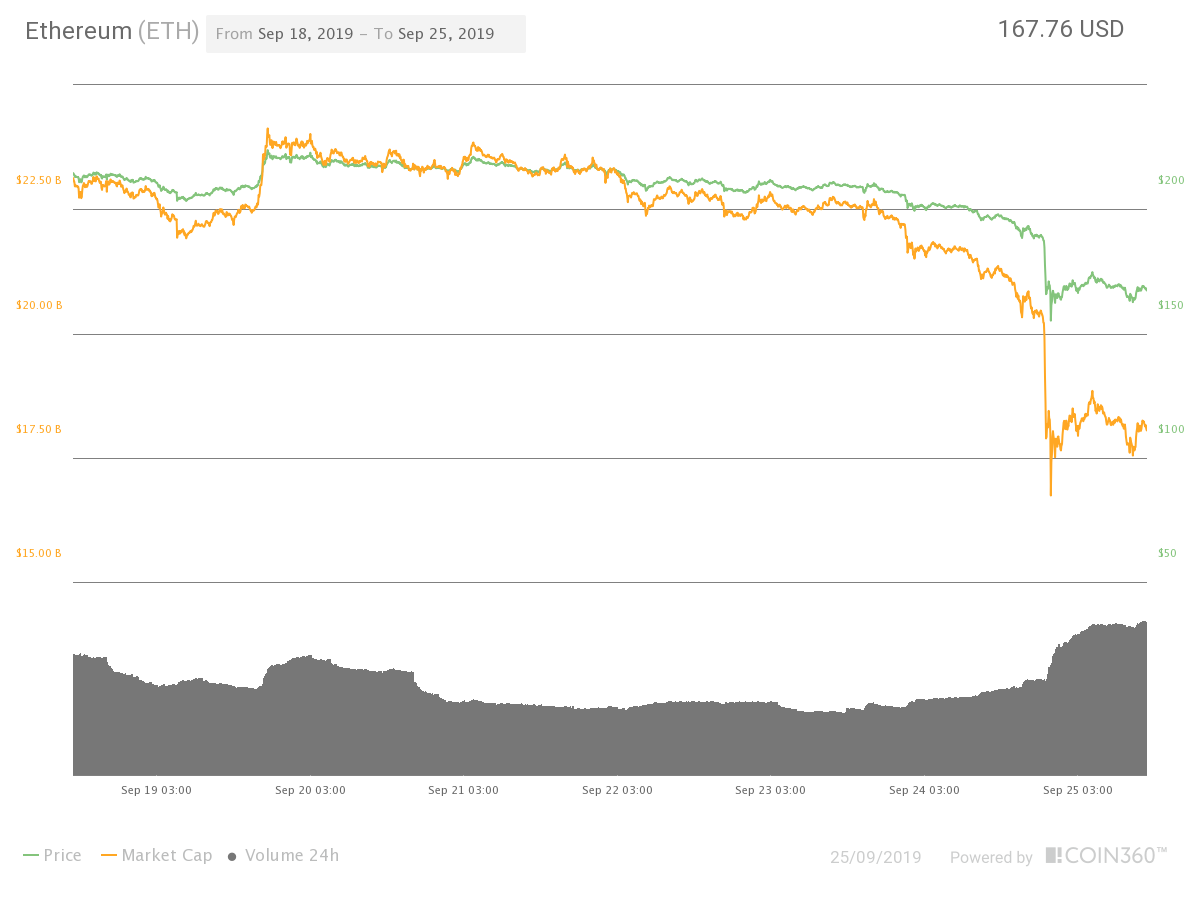