Bitcoin was freely crossing the $10,000 mark Tuesday after losing another 6% in daily trading.

Bitcoin (BTC) price slid back under $10,000 July 23 after a period of sideways action broke down to send the largest cryptocurrency back to four figures.

Data from Coin360 showed BTC/USD trading just below the barrier once again Tuesday, having failed to find support. At press time, the price fluctuated within $50 of $10,000.

Previously, the pair traded in a narrow range around $10,300, on Monday dropping to those levels after circling $10,600 over the weekend.

The latest downturn marks a repeat of the breakdown seen in Bitcoin last week, which resulted in a recent low of $9,125. Now, as then, analysts welcomed the opportunity to buy up cheap coins. 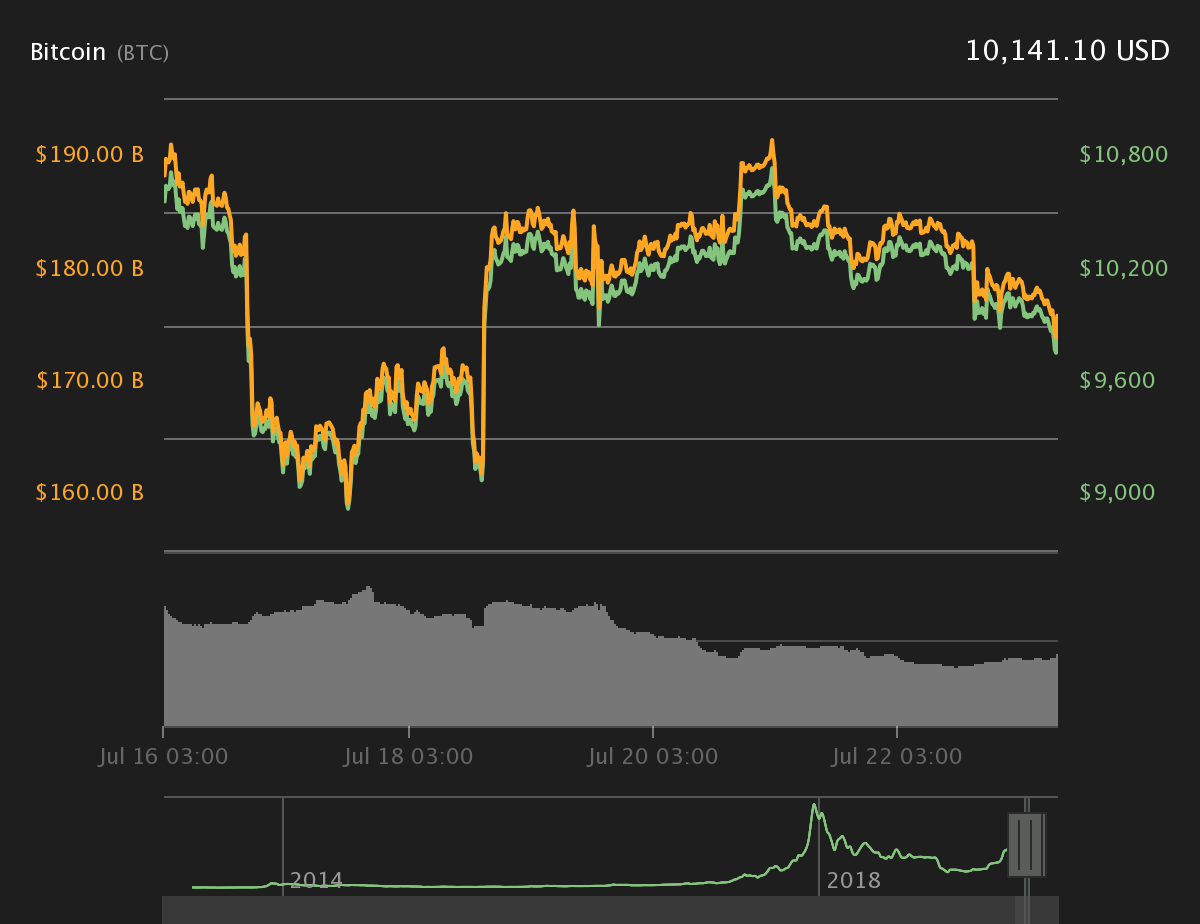 “Wanting to see a push back up to the neutral area or resistance. If not, more 4 digit BTC to accumulate,” investor Josh Rager summarized in his latest daily price update, noting the importance of the $10,200-$10,350 range.

As Cointelegraph reported, Bitcoin struggled in the wake of mixed views from the United States Congress last week, a geopolitical factor compounded Monday by fresh indications that India would seek to ban cryptocurrency altogether.

As Twitter user and Lightning Torch creator Hodlonaut noted, politics did not necessarily have a fairly-weighted impact on price action. One Congressman, he noted, had described Bitcoin as impossible to stop by any government.

“9 days ago Bitcoin had not yet been called an 'unstoppable force' in the U.S. Congress. Still, price was almost 30% higher than now. Some dips are tastier than others,” he wrote.

For altcoin traders, meanwhile, there was less to celebrate. As BTC fell 5.5% on the day, most tokens in the top twenty cryptocurrencies by market cap saw similar losses. 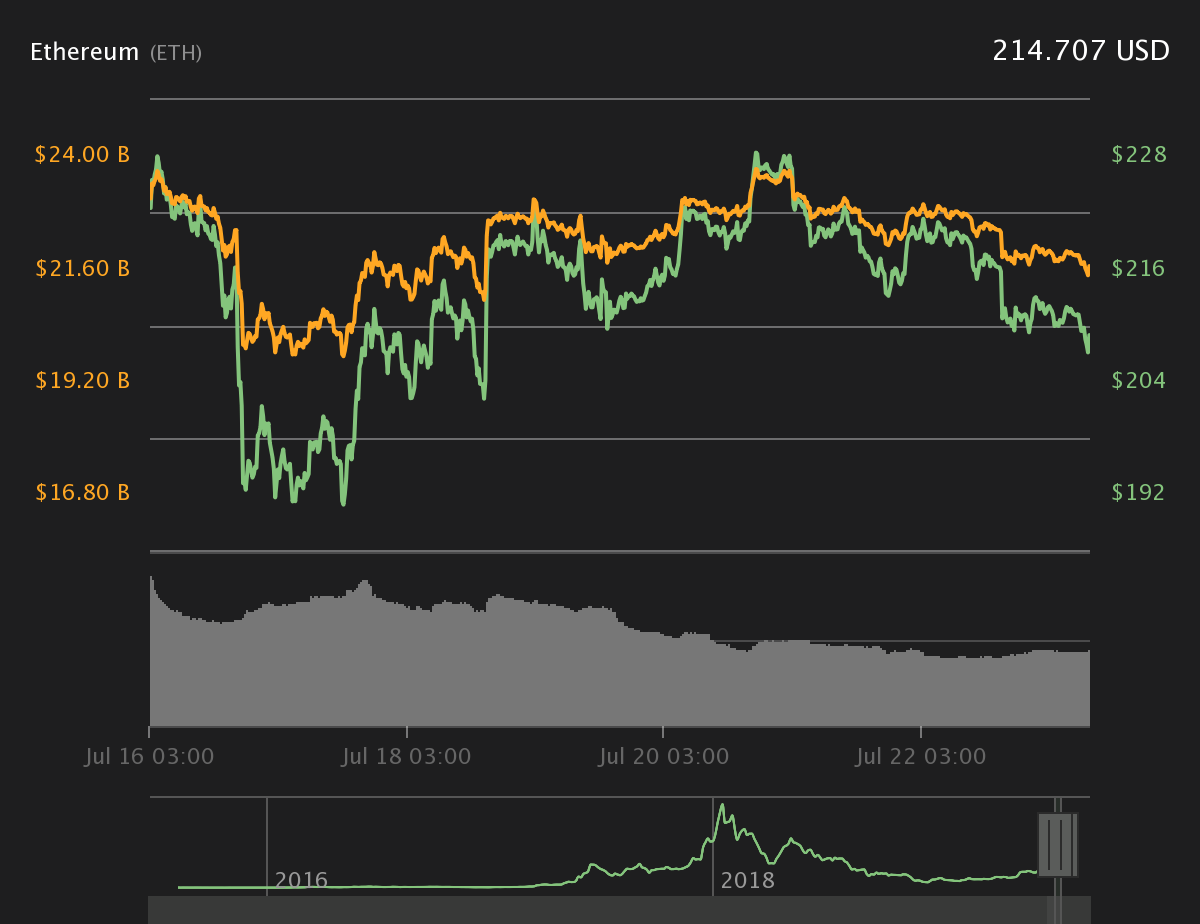 The total cryptocurrency market cap was $274 billion at press time, with Bitcoin’s share remaining at 65.2%, a figure still almost at its highest since early 2017.