Stability around $10,600 for Bitcoin price is unlikely to linger long, after several weeks of huge up and down moves for markets.

Bitcoin (BTC) price saw a rare spell of stability on July 22 as cryptocurrency markets began the week on a broadly stable note.

Data from Coin360 showed hardly any change for BTC/USD in the past 24 hours, bucking a volatile trend seen throughout recent weeks. 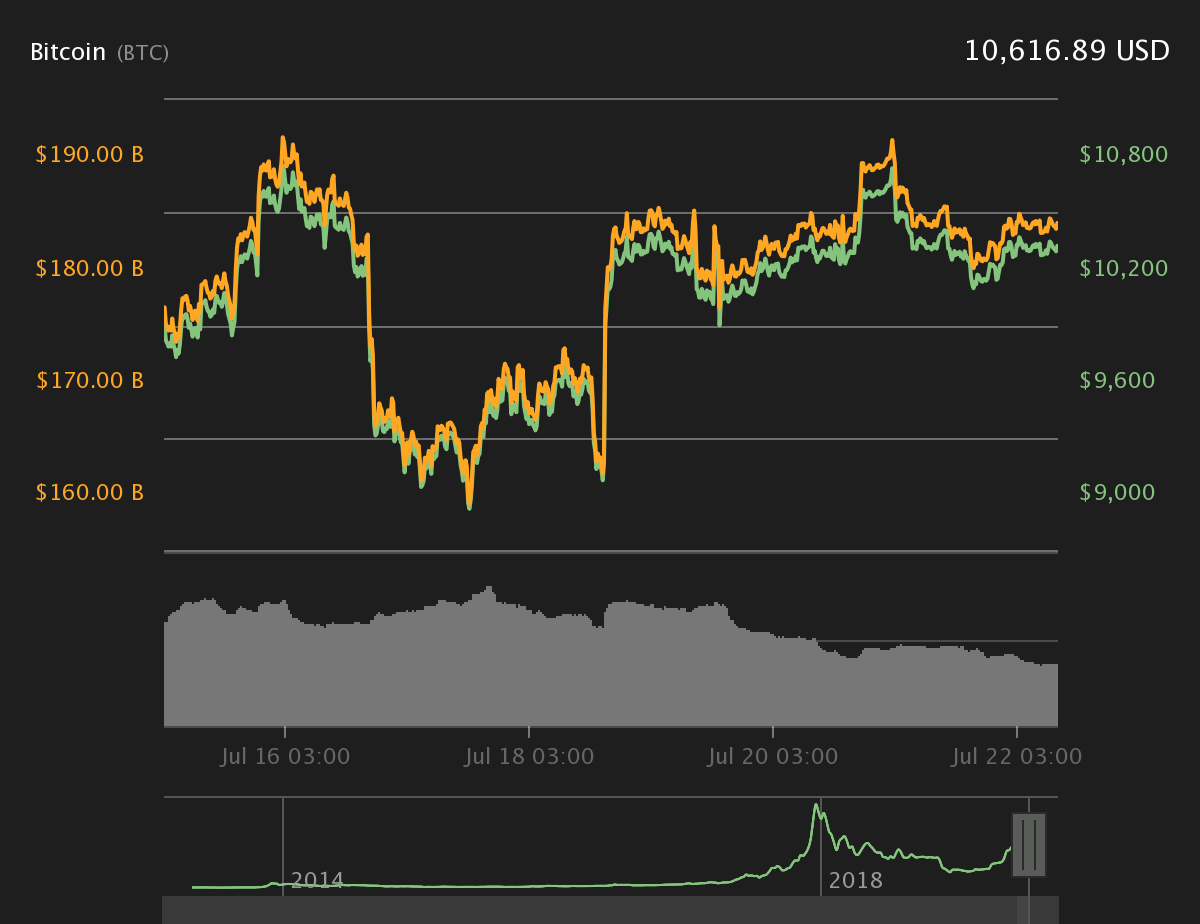 By comparison, last week saw BTC/USD trade as high as $11,060 and as low as $9,125. The motivation, analysts mostly agreed, was regulatory uncertainty as the United States Congress met several times to debate the impact of both cryptocurrency and Facebook’s Libra digital currency.

As Cointelegraph reported, opinions ranged from highly supportive to entirely dismissive, building on mixed messages previously given by Treasury Secretary, Stephen Mnuchin, as well as president Donald Trump himself.

Forecasting what could happen this week, commentators appeared unconvinced the current calmer conditions would prevail.

Gold trader Florian Grummes delivered a similar conclusion in analysis published Monday, arguing the likely future for BTC/USD was either an extended period of sideways correction or a sharp drop closer to $7,000.

“The weekly chart is without question overbought and actually needs to cool down. Yet above $6,000 and especially above $9,000 the bulls remain in control,” he summarized. 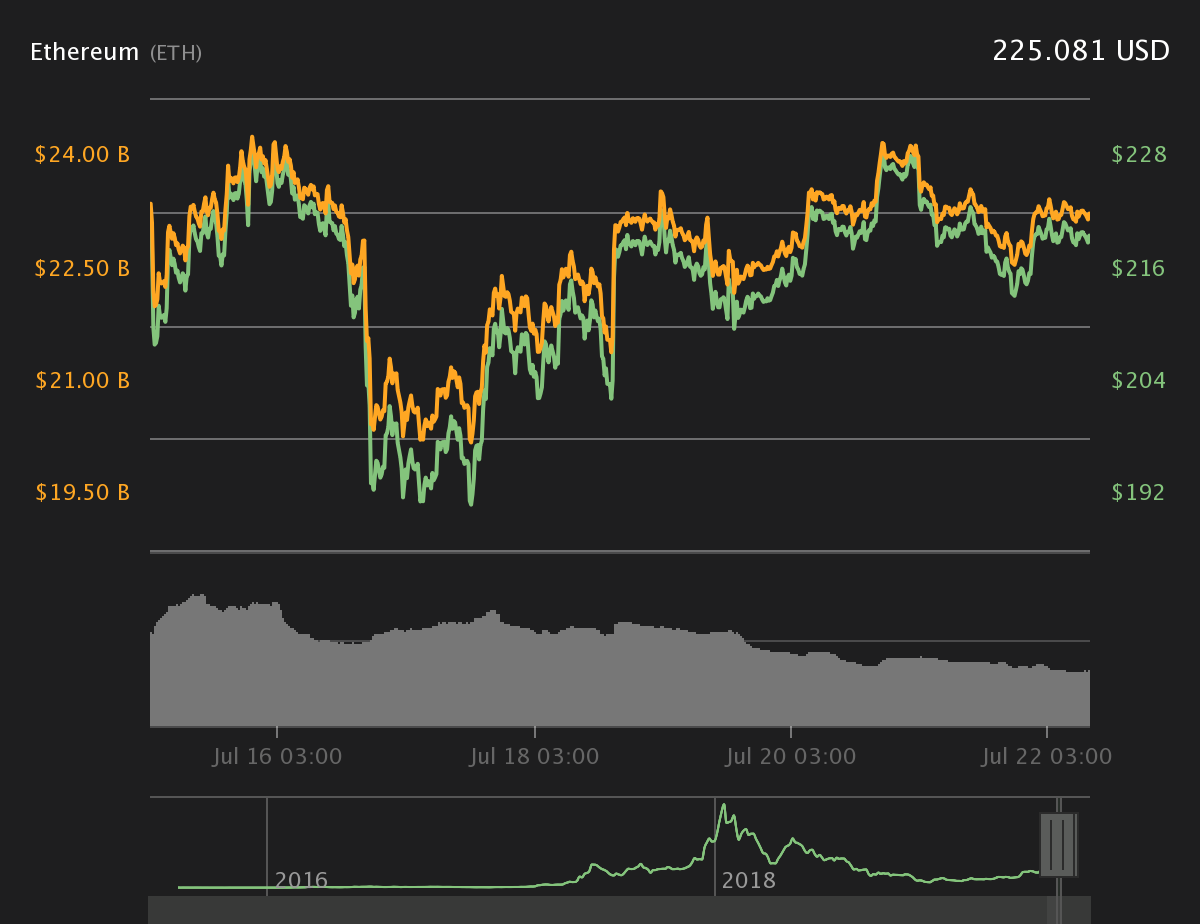 Some altcoins delivered modest gains, including Binance Coin (BNB) and EOS (EOS), which achieved 1.4% and 1.7%, respectively. Litecoin (LTC) moved up 0.45%.

One of the weakest performers in the top twenty cryptocurrencies was Bitcoin SV (BSV), which shed 4.15% Monday.

The total cryptocurrency market cap currently stands at $290.3 billion, of which Bitcoin accounts for 65.2%.