Most of the cryptocurrencies have lost a lot of value over the past two days, including the majority of top-20 by market cap, followed by a slight recovery today.

The cryptocurrency market has experienced a powerful drop this Friday and Saturday. Coins were losing value across the board, with just three of the top twenty by market capitalization displaying growth of over 10 percent: Cardano, Qtum and Neo.

Bitcoin, on the other hand, has dropped from a Friday high of $15,266 to as low as $12,350 on Saturday. The past two weeks have been very volatile for the original cryptocurrency, as it has achieved an all-time high of $20,000 on Dec. 17, 2017, only to hold it for a single day and consequently lose about 32 percent of that value, as of press time. 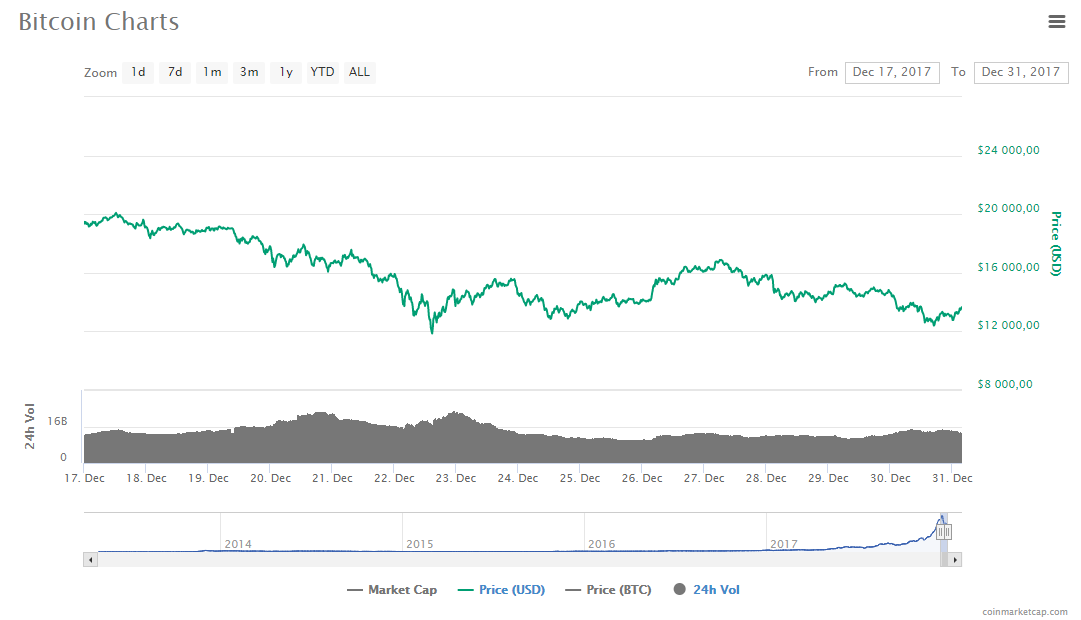 The latest fall seems to be the continuation of that trend, with no recovery in sight yet.

Ripple, which has just recently displaced Ethereum as the highest altcoin by market capitalization, has similarly dropped by at least 20 percent over the past two days. Despite experiencing a powerful surge this week, it hasn’t been spared from the “crypto massacre.” 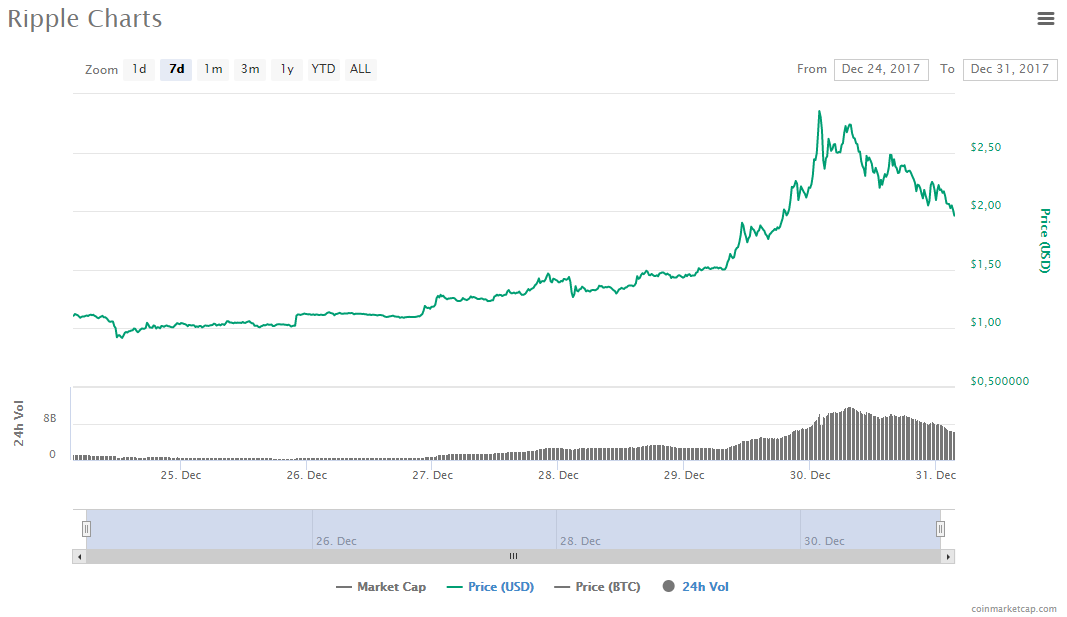 Fortunately for holders of Ethereum, its drop has been less prominent. A fall from $769 to $685, constituting just an 11 percent loss of value, compares much more favorably to the performance of Bitcoin and Ripple. Especially if you consider the slight recovery of 2.22 percent over the past 24 hours. 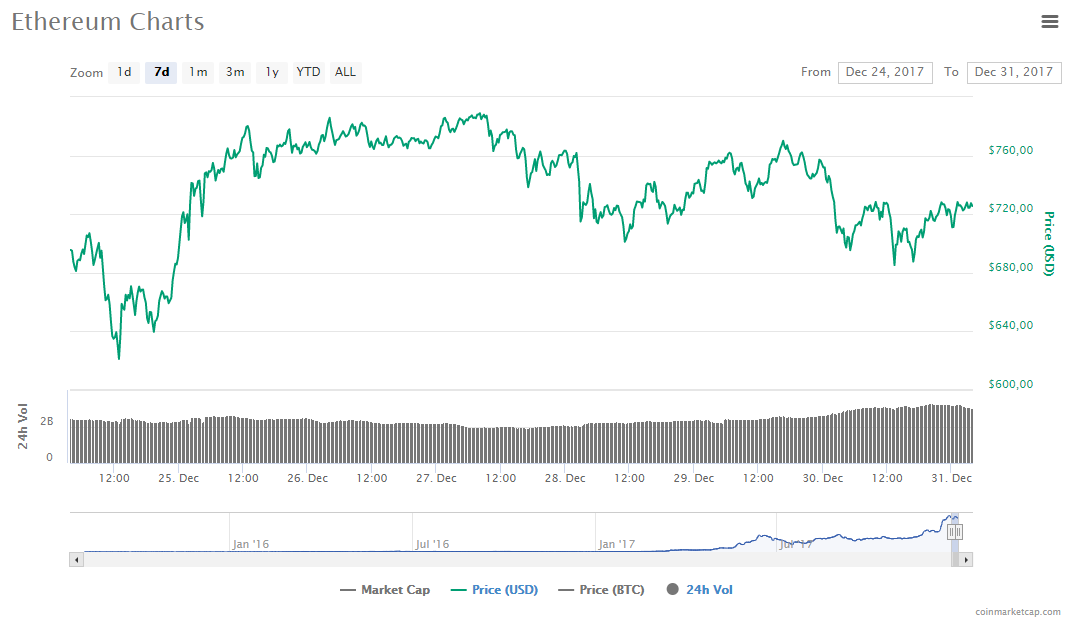 Overall, 2017 has been a good year for Ethereum, seeing the coin rise from mere $8 to its own all-time high of $750 and beyond, and so far it seems to be maintaining that dynamic.

Other prominent cryptocurrencies have also lost value over the past two days, including Bitcoin Cash, Litecoin, NEM, Dash, Monero, and others. This year has been very positive for the vast majority of coins, possibly indicating that the crash of the past two days is a temporary retracement of that progress, which may be followed by resumed growth.

As of press time, most cryptocurrencies have either started growing or slowed down their downward trends.