The largest cryptocurrency will “massively outperform gold” before that, says the Real Vision founder.

In an interview with Stansberry Research last week, Pal, famous for his bullish stance on Bitcoin, said an “enormous wall of money” would flow into the cryptocurrency over the next few years.

“I think that’s about right, whether it’s five years, six years,” he said when asked about the $1 million target.

“We’re going to go through two of these halving cycles, and just from what I know from all of the institutions, all of the people I speak to, there is an enormous wall of money coming into this. It’s an enormous wall of money, just the pipes aren’t there to allow people to do it yet, and that’s coming, but it’s on everyone’s radar screen and there are a lot of smart people working on it[.]”

Bitcoin’s current halving cycle began in May 2020 and will last approximately four years. Beyond Pal, a whole sphere of analytics looks at the impact of halvings, which cut the supply of new Bitcoins available per block by 50% and make consistently bullish predictions.

Just this week, PlanB, creator of the stock-to-flow family of Bitcoin price models, confirmed that BTC/USD was on track to increase by an order of magnitude after May.

In terms of the “wall of money,” meanwhile, corporate Bitcoin buy-ins continue to surface this month, Cointelegraph reported.

“Why would I have a gold allocation?”

Pal also revealed that he would be looking to sell his gold investments and convert them to Bitcoin due to the latter’s superior performance.

Despite not “disliking” gold and remaining invested in both assets for the time being, the future was unequivocally skewed in Bitcoin’s favor, he said.

“...When you get to the macro opportunity, when it’s all happening — Bitcoin starts breaking out of these patterns that it’s been forming, it is going to massively outperform gold, I’m 100% sure of that. In which case why would I have a gold allocation?” 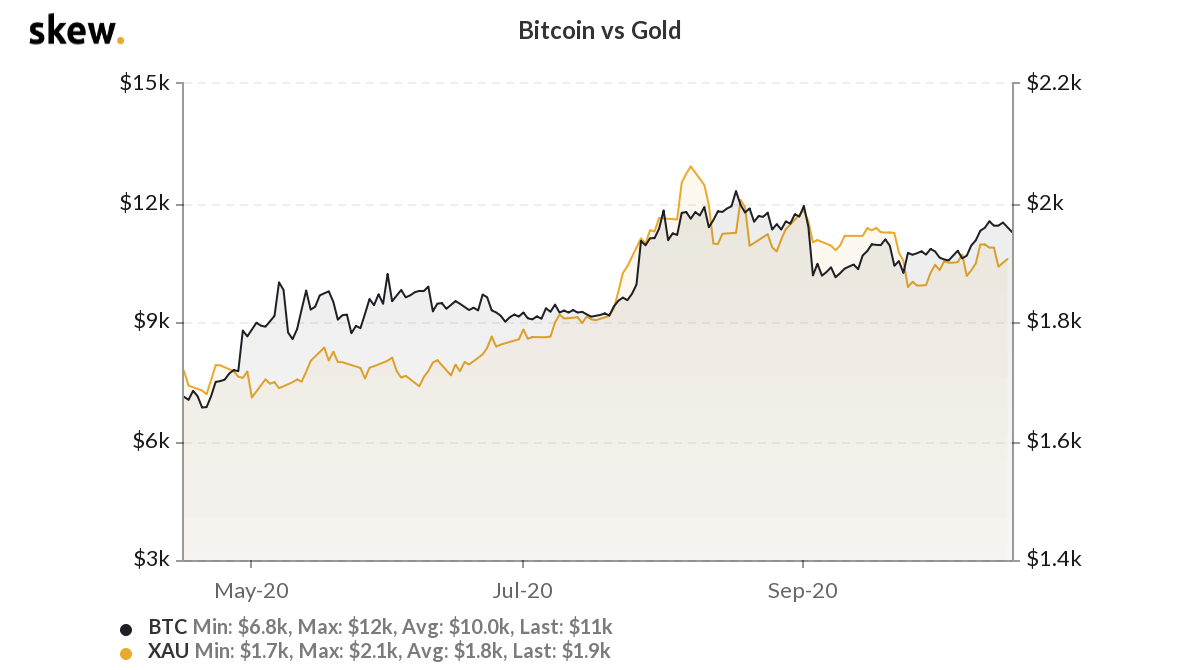 Here, too, Pal is not alone. As Cointelegraph noted, analysts including statistician Willy Woo have forecast Bitcoin breaking away from traditional asset correlation to forge its own path. The timeframe is unclear, Woo last month nonetheless anticipating it happening “soon.”

According to a new report from crypto index fund provider Stack Funds this week, meanwhile, support is in place for BTC/USD to run to $15,000 after November’s U.S. elections.