The owner of a leading Irish Bitcoin broker has accused banking institutions of discriminating against crypto-related businesses. 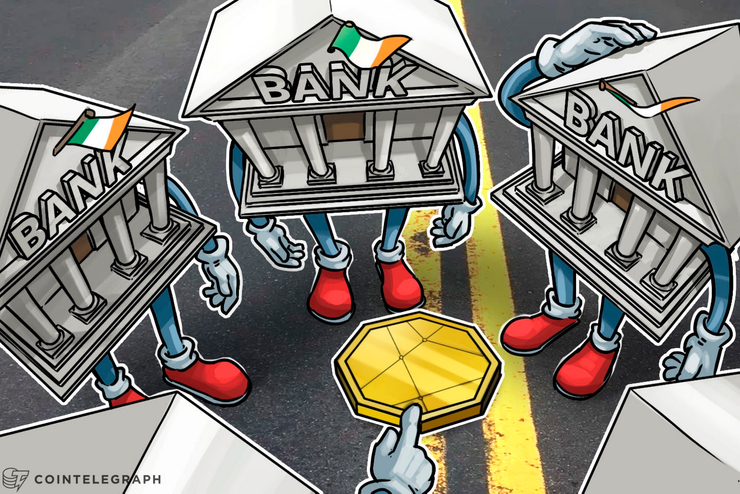 The co-founder of Irish Bitcoin (BTC) broker Eircoin accused the Banking and Payments Federation of Ireland (BPFI) of discriminating against crypto-related accounts, The Irish Times reports June 21. Dave Fleming blamed the BPFI for, “seeking to muddy the waters with insinuations of dirty money.”

Eircoin, which is reportedly “Ireland’s only Bitcoin broker,” was closed in April. The firm’s co-founder Dave Fleming said they were “shuttered due to a negligent and defensive banking system”. According to Fleming and his business partner Roisin Coogan, banks also refused banking services to a new secondary consulting business.

Fleming claimed that the closing of the brokerage “reeked of regulatory capture,” which is entirely different from the “arms wide open attitude” of IDA Ireland. IDA Ireland is a state-sponsored agency responsible for attracting foreign investment to Ireland that recently led an initiative promoting blockchain development and investment in the country.

According to Fleming, banking and financial institutions should not be involved in the prosecution of illegal activities associated with crypto trading. Thus, they have no right to refuse firms that deal with cryptocurrencies.

“If any of the Bitcoin sellers in Ireland were involved in terrorist financing I’m sure it wouldn’t be a bank discussing it with us, it would be the law.”

However, the bank added that they are required to adhere to AML and know your customer (KYC) regulatory requirements for opening and operating bank accounts. According to AIB, some companies were unable to comply.

Banks in numerous countries have shut their doors to crypto businesses and exchanges. In May, Poland’s largest crypto exchange BitBay suspended its activities in the country because banks refused to offer them services. In April, the Reserve Bank of India announced that they will no longer service any person or business that deals with cryptocurrencies. Crypto exchanges in both Finland and Chile have risked total closure as the respective countries’ banks are unwilling to do business.