Nouriel Roubini: ‘Cryptocurrency as a Technology Has Absolutely No Basis for Success’

Prominent economist and crypto critic Nouriel Roubini reiterated his anti-crypto stance, arguing that the tech has “no basis for success.”

Notorious crypto-basher Nouriel Roubini said that crypto “as a technology has absolutely no basis for success,” while blockchain has nothing to do with the future of money 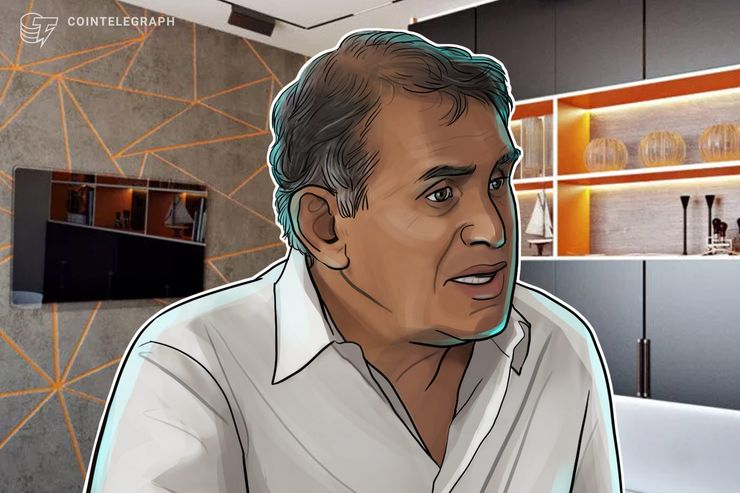 Economist and notorious cryptocurrency critic Nouriel Roubini has claimed that crypto “as a technology has absolutely no basis for success.” Roubini delivered his new anti-crypto arguments in an interview with the CFA Institute on March 6.

In conversation with the global professional investor association, Roubini, a New-York-based economist who famously predicted the 2008 financial crisis, has once again reiterated his negative stance towards the crypto and blockchain space.

The prominent economist stated that the entire crypto industry consists of assets that are neither money nor currency. He stressed that cryptocurrencies are neither stable in terms of bring a store of value, nor a scalable means of payment.

As an example of crypto’s flaws, Roubini pointed to the extreme bull market during the second half of 2017, arguing that “millions of people” were buying crypto because of a fear of missing out, but didn’t “know anything about finance or portfolio investments.”

According to Roubini, crypto’s performance represents an “exponential, parabolic bubble” that has started to burst because there is no real fundamental value backing it as an asset.

Apart from reiterating his negative stance on crypto, Roubini also argued that blockchain, the underlying technology of cryptocurrencies, has “nothing to do with” the future of financial services.

Roubini has excluded blockchain tech from the list of major technologies that will lead to a manufacturing or fintech revolution, including artificial intelligence, machine learning, big data, and the Internet of Things. Roubini again stated that the “real revolution in financial services is fintech, but fintech has nothing to do with crypto.”

Earlier this year, Roubini stated that blockchain is “no better than an Excel spreadsheet” and is the “most overhyped technology ever.”

Recently, the chairman of the United States Commodity Futures Trading Commission claimed that blockchain would have transformed regulators’ real-time responses to the the 2008 global financial crash, if it had been in use at the time.

In early March, advisory services firm International Data Corporation published a report claiming that blockchain spending will grow almost 89 percent in 2019, with blockchain investments expected to reach $2.9 billion in 2019, and $12.4 billion in 2022. According to the same study, the financial sector will be the leading industry in terms of investment in blockchain tech, forecasted to spend a total of more than $1.1 billion.