Blockchain conference in Oman becomes the largest business gathering in country’s history, highlights the intention to push for new technologies.

The Blockchain Symposium in Muscat (Oman) this past week represents the very best that Blockchain technology can do in bringing government and private business together. Such a successful event shows the incredible potential for Blockchain technology and its related fields to be supported by senior government officials in countries with small populations, for example, with only 4.7 million inhabitants in Oman. According to relevant sources, the Symposium was the largest business gathering in Oman’s history, as nearly the entire cabinet (22 ministers) was in attendance for the opening session. Further, more than 700 important participants took part in the event, though it was invitation only. The entire program was shown live on TV during the first day of activities. Such substantial FinTech engagement is uncommon for a Middle Eastern nation - perhaps the most notable example of another Blockchain-friendly government in the region being that of the UAE. 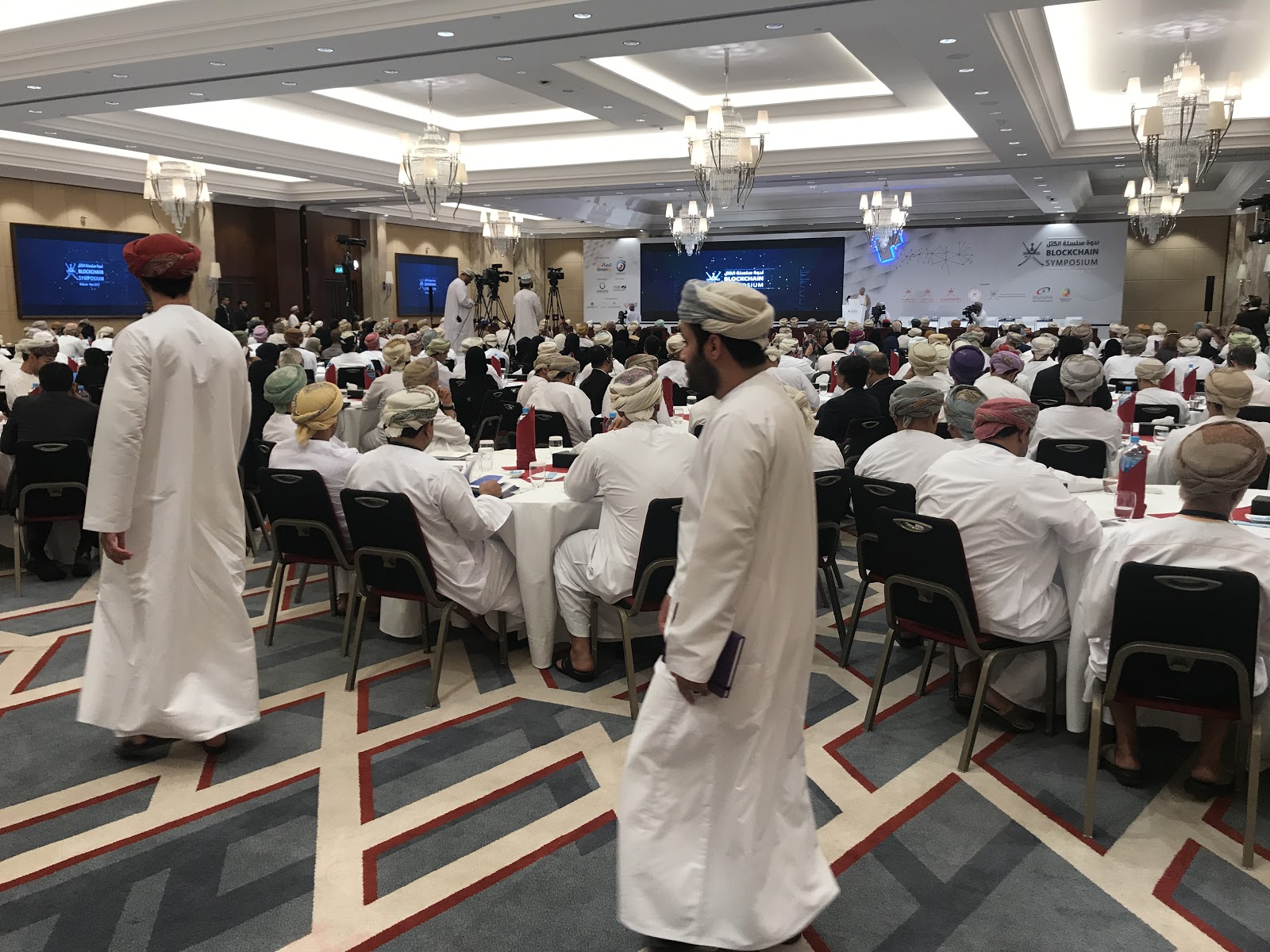 In a particularly important step, the Ministry of Foreign Affairs, Ministry of Commerce and Industry, Central Bank of Oman, SGRF (the Omani Sovereign Fund) and the Central Monetary Authority all cooperated to promote and support the event - indicating its significance.

A large number of senior international speakers also made the event a priority in spite of their busy schedules, including four members of the World Economic Forum’s "The Future of Blockchain Council". All were speakers at main sessions and counsellors during the workshop sessions in the final days of the meeting.

The opening keynote was given by the CEO of Swisscom Blockchain, an important company and a majority owned subsidiary of a telecommunications holding controlled by the Swiss government with $12 bln in annual revenues. Cointelegraph’s own ambassador Maria Jones was present at the Symposium and enjoyed the substantial content offered by the speakers. Equal opportunities for all

The Symposium was markedly different for an event of this type, with a substantial number of female speakers among the sessions. This is a rare occurrence, especially given the general male-dominated nature of the emerging technology. Future seminars will have an abundance of high quality gender-equal talent to draw from. The speakers also show the adoption of Blockchain over many generations, with ages ranging from a veteran with 45 years of experience in banking to an articulate and insightful 14 year old girl speaking on “Children and the Blockchain”. The age disparity helped promote a longer-term nurturing mindset perspective.

Speakers from around the globe (literally from San Francisco to Brisbane) were able to enjoy the open-minded hospitality, kindness and fluency in English of this nation. The country is emerging as a leader for future Blockchain technology.

Marcelo Garcia - one of the panel moderators as well as the founder of BroadLights.org, a United Nations Smart Cities Expert and a TEDx speaker on Refugee Connectivity comments:

“Other than having had the honour to moderate the session on Blockchain for Smart Services during the main Symposium, I am the co-founder of a global conference series (CryptoExplorers.org) and am very familiar with events in the Blockchain space. From that perspective and based on the several points listed above, it is abundantly clear that the Omani Blockchain Symposium was powerfully effective at initiating major shifts in a very promising direction - showing an impressive amount of engagement and support from multiple key elements of the Sultanate’s government.” For more details on the Omani Blockchain Symposium, one of the best sources of information is their continuously updated homepage.