4266 Total views
110 Total shares
Listen to article
0:00
News
Own this piece of history

Canada’s now-offline QuadrigaCX cryptocurrency exchange has sent its remaining crypto assets from its hot wallets to Big Four auditing firm Ernst & Young (EY), according to the an official report EY published on Feb. 20.

According to the EY’s “Second Report of the Monitor,” QuadrigaCX transferred almost all its online crypto to the auditor on Feb. 14, following some initial testing arrangements.

As the new report reads, EY will be responsible for holding the funds from QuadrigaCX in its own cold storage pending a further order of the court.

EY also provided an update on post-filing bank arrangements and the deposit of certain funds in the account for post receipts and disbursements. According to the document, there are three immediate sources of funds available to Quadriga to fund the proceedings; $18.9 million in bank drafts possessed by payment operator Costodian Inc, $4.39 million in bank drafts held by law firm Stewart McKelvey, and other amounts held by third party payment processors. 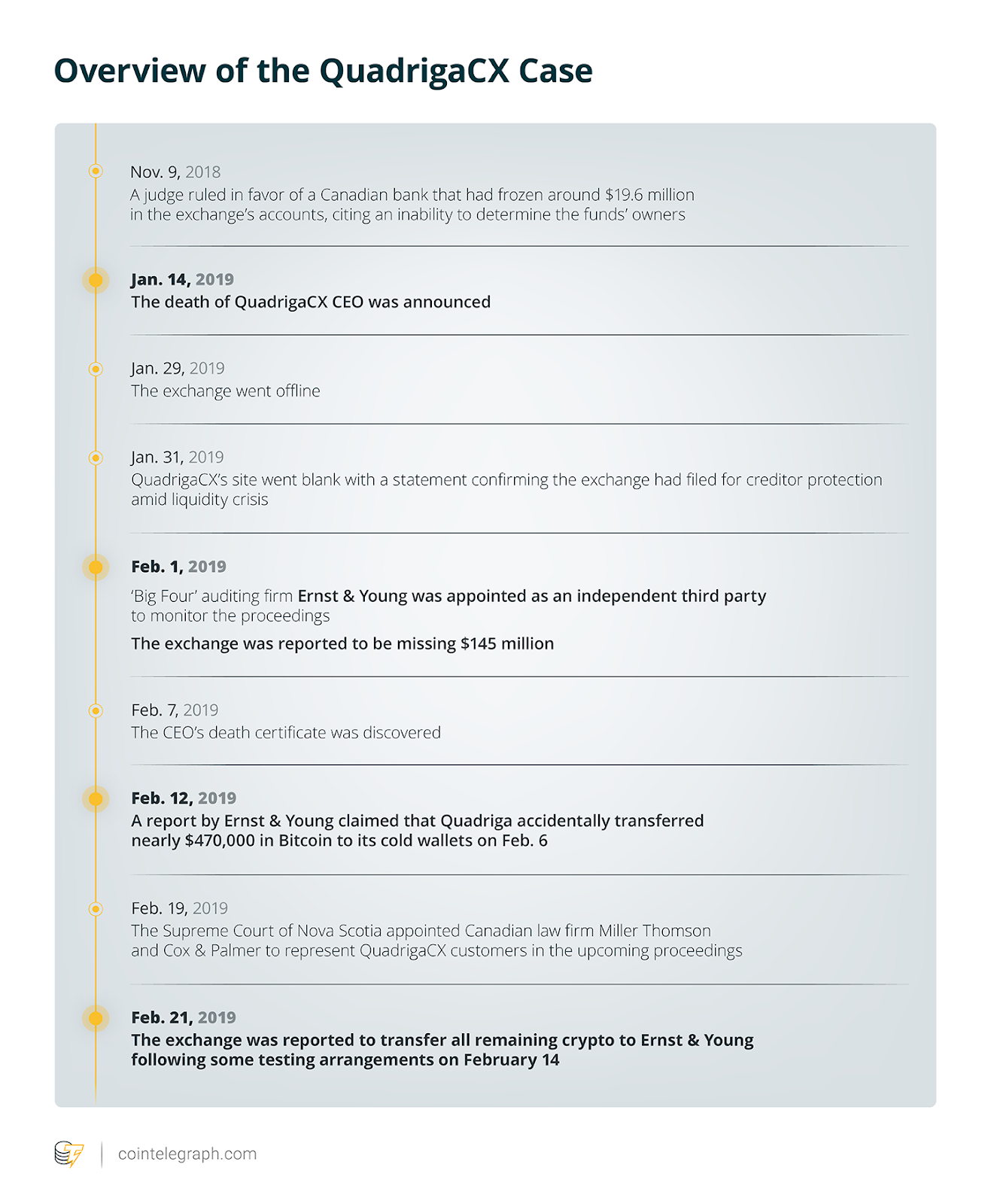 When QuadrigaCX was reported to have lost $145 million after the death of the company’s founder Gerry Cotten, the exchange appointed EY as an independent third party to monitor the proceedings in its creditor protection case. On Feb. 12, Ernst & Young published its “First Report of the Monitor” claiming that QuadrigaCX inadvertently transferred 103 bitcoins ($468,675) to its cold wallets on Feb. 6.

On Feb. 14, Bloomberg reported that deceased QuadrigaCX founder Gerald Cotten may have stored paper copies of the exchange’s private keys in a safety deposit box. Previously, on Feb. 5, Bloomberg wrote that Cotten filed a will 12 days before his death, mentioning his wife Jennifer Robertson as the only beneficiary and the executor to his estate.