Report: Less Than 6 Accounts Control 80% of Wealth on Top Stablecoins

A report by CoinMetrics has found at least 80% of the entire capitalization of five top stablecoin projects is held in less than six accounts on each respective network.

5024 Total views
86 Total shares
Listen to article
0:00
News
Own this piece of history

A report published by CoinMetrics has found extreme wealth centralization among many top stablecoins, with at least 80% of the total capitalization for five top stable tokens being held in less than six accounts.

CoinMetrics found that most at least 20% of transfers made using most stablecoins are valued at less than $100, showing significant stable token adoption as a means of payment.

The report also found that more than 40% of transactions made using the Paxos Standard Token (PAX) are directly linked to a single multi-level marketing, or MLM, Ponzi scheme.

USDT issued on Ethereum comprised the most pluralistic stablecoin market by far, with nearly 1,600 accounts representing 80% of wealth. USD Coin (USDC) and TrueUSD (TUSD) followed with nearly 200 accounts each, trailed by Omni-based USDT with over 150. 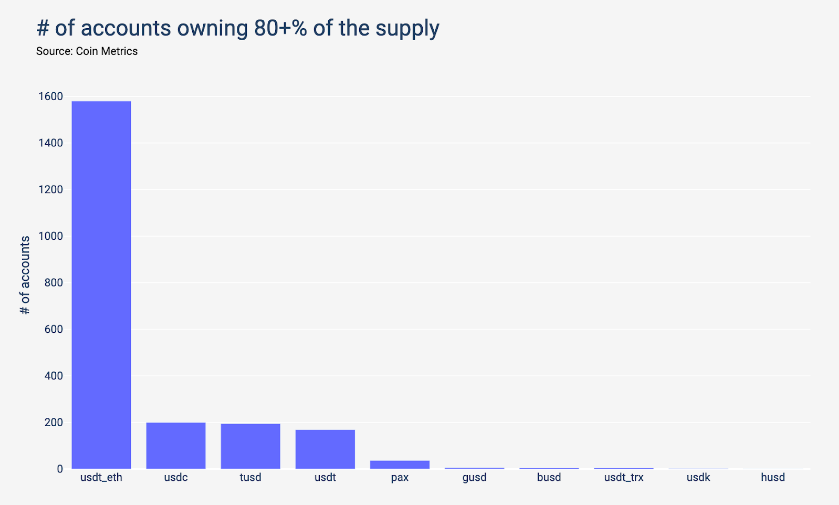 Looking at the total number of transfers made using stable tokens, USDC comprises the second-most distributed stablecoin, with over 20% of wallets driving 80% of transfers, followed by Omni-based USDT and GUSD in the high teens, and TUSD with nearly 15%. 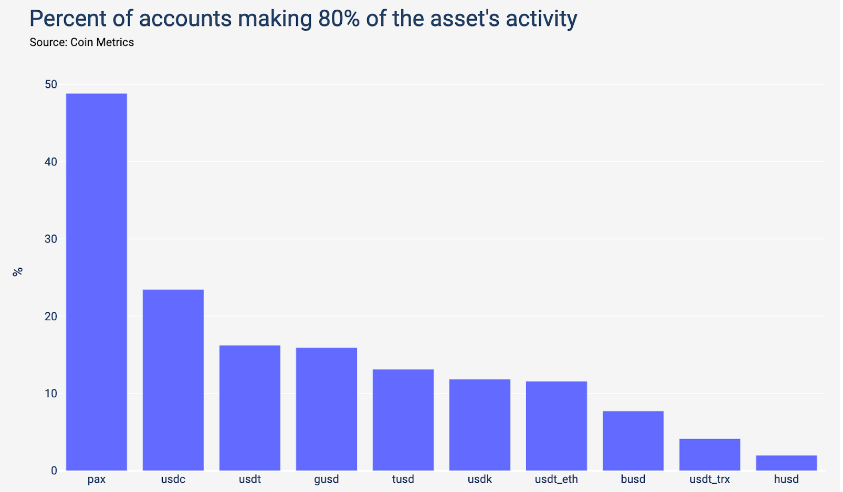 At first glance, the findings appeared to show significant pluralism on the Paxos network, with nearly 50% of wallets representing 80% of the token’s total capitalization.

However, closer inspection shows that Paxos’ two most active accounts are directly linked to the MMM BSC Ponzi. The scheme has seen exponential growth in user activity over the past year — currently representing nearly 40% of all Paxos network activity. 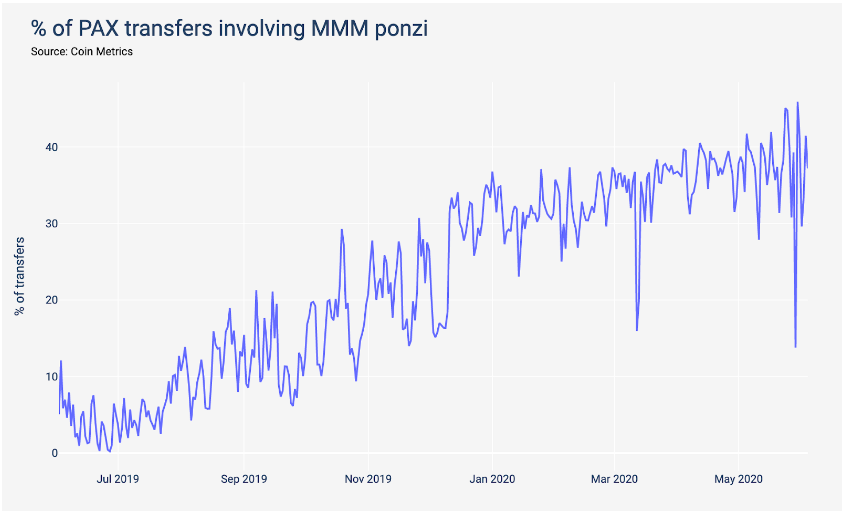 CoinMetrics also found that the most active Tron-based USDT accounts were associated with “dividend” payouts, representing over 90% of network activity on certain days.

At least 20% of transfers made using eight of the 10 stable tokens examined by CoinMetrics are valued at less than $100.

Less than 4% of transfers are valued in excess of $100,000 for all stablecoins except for HUSD and BUSD — with transfers worth over $100,000 comprising more than 35% of HUSD activity and roughly 17% of BUSD transactions.