Cryptocurrency markets are experiencing mixed signals, with Bitcoin trading around $3,920.

Thursday, March 14 — cryptocurrency markets are trading sideways, with some major coins making minor gains on the day, according to data from Coin360.

Bitcoin (BTC) is up less than one percent over the past 24 hours, and is trading at $3,921 at press time. The major cryptocurrency has seen small volatility over the day, having dipped to as low as $3,901, while the intraday high reached $3,946 as of press time. 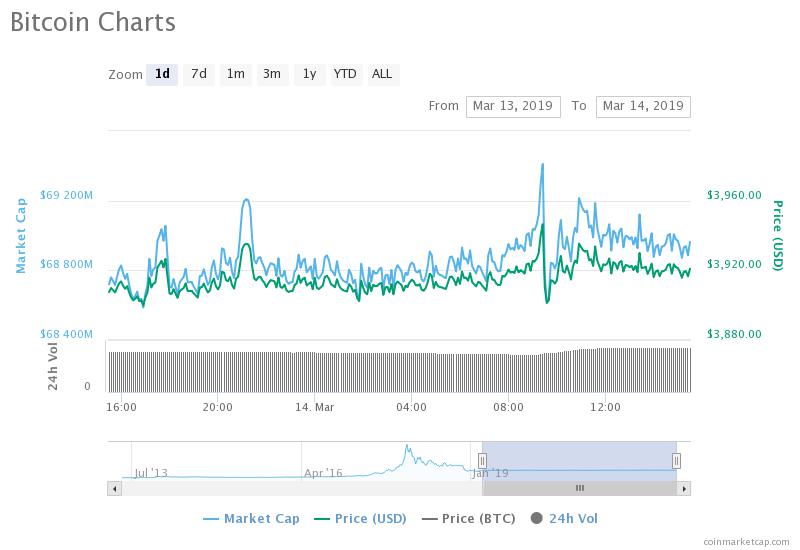 Ethereum (ETH), the second top cryptocurrency by market capitalization, has gained 0.30 percent over the day, trading at $133.68 at press time. The major altcoin saw its highest price point over the week on March 8, reaching $139.37, with a weekly low of $131.65.

Ethereum co-founder Vitalik Buterin said yesterday that blockchain applications outside of finance face more difficulty gaining traction, as the primary added value they offer is decentralization. He proposed that decentralized apps can potentially redraw the existing technology and power landscape by leveraging a decentralized ecosystem to allow smaller players to compete with tech giants’ monopolies. 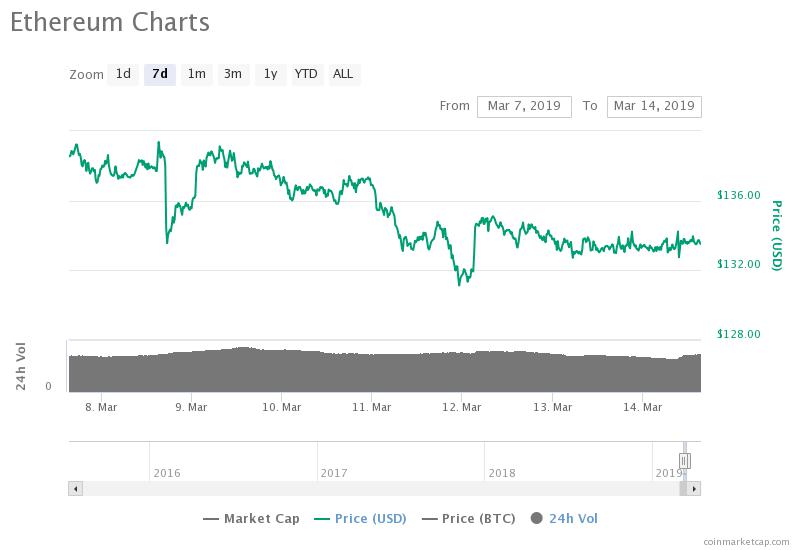 Ripple (XRP) has suffered slight losses on the day, dropping by 0.63 percent and trading at $0.312 to press time. Trading at $0.314 in the beginning of the day, XRP has gradually dropped to its current price point. 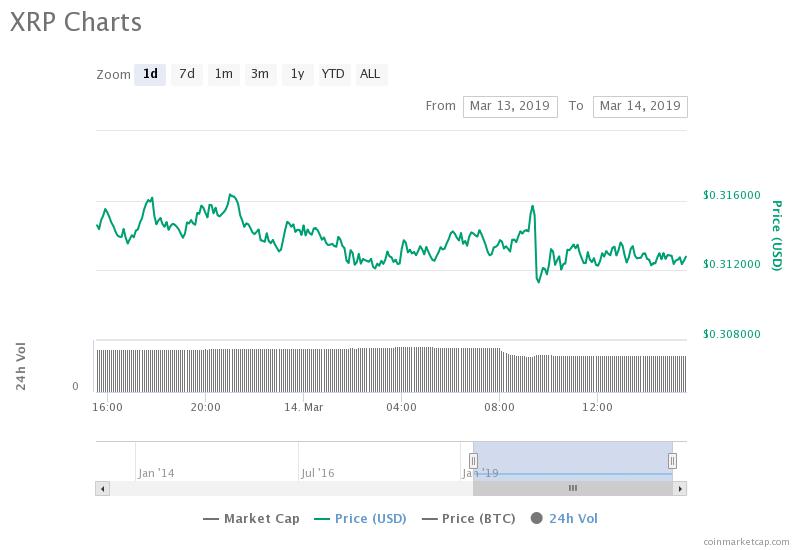 Meanwhile, a poll on the Weiss Ratings’ Twitter account found XRP to be preferred cryptocurrency, while  the host of CNBC’s “Crypto Trader” show, Ran Neuner, thinks that XRP is faster and cheaper than BTC.

The biggest winners on the day among the top 20 cryptocurrencies are NEM and Bitcoin Cash (BCH), which are up 5.98 percent and 3.96 percent, respectively. NEM is trading at $0.0487 while the BCh prices has reached $134.12 per coin.

Total market capitalization of all cryptocurrencies is at around $135 billion at press time, up from its intra-weekly low of about $131.4 billion, according to CoinMarketCap. 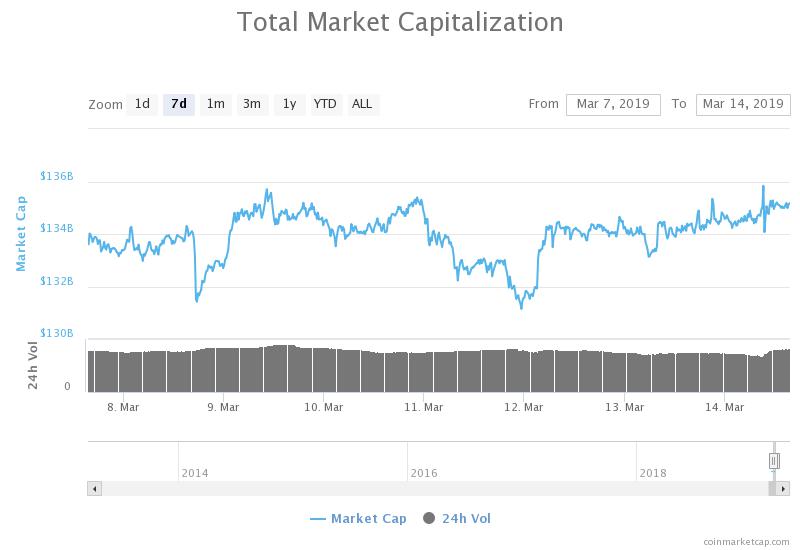 In the meantime, The Stock Exchange of Thailand (SET) plans to roll out its digital asset platform as a part of its three-year strategic plan from 2019 to 2021.  The Thai exchange claimed that the local capital market will experience a transformation into the digital age.