The SEC halts Telegram’s $1.7 billion token offering in a massive setback for TON, and Mark Zuckerberg is going to testify in front of Congress.

In what may be the highest-level action it has ever taken, the SEC has halted the $1.7 billion digital token offering for Gram (GRM) tokens. In a massive setback for the upcoming Telegram Open Network (TON), the regulator has filed an emergency action and restraining order against the two offshore entities behind it. The SEC alleges that the tokens were unlawfully sold — and claims U.S. markets would have been flooded with the digital currency if nothing was done. As a result of the proceedings, investors will be unable to acquire their Grams. Telegram is accused of failing to provide buyers with information about its business operations, financial condition and risk factors — disclosures that are required under the Securities Act of 1933. It is believed that about a quarter of the Grams sold — worth about $425 million — belonged to 31 purchasers based in the U.S. The official Telegram channel for TON investors has now suggested that the launch, which was scheduled for Oct. 31, could be postponed. In a letter to investors, TON developers claimed they had been seeking feedback from the commission for 18 months, writing:

“We were surprised and disappointed that the SEC chose to file the lawsuit under these circumstances, and we disagree with the SEC's legal position.”

Zuckerberg to testify before Congress regarding Libra stablecoin

Get the popcorn in — it looks like we’re going to have another blockbuster showdown in Washington. Wednesday brought the news that Mark Zuckerberg is going to testify in front of the House of Representatives Financial Committee on Oct. 23. The topic? Yes, you guessed it… Facebook’s Libra stablecoin. It’s been another busy week as the tech giant struggles to get the project off the ground. Katie Haun, a former federal prosecutor who is now a partner at Andreessen Horowitz, warned of national security implications if the U.S. blocks the digital currency. A crypto derivatives exchange unveiled plans to launch physically delivered futures contracts that will be settled based on whether Libra launches in 2020. Meanwhile, a “very, very skeptical” finance minister in Germany — the crown jewel in Europe’s economy — rejected Libra and said he wants to see an electronic version of the euro instead. As the team at Menlo Park went to reach for the headache pills, it then emerged that Facebook is being sued for trademark infringement because of its Libra logo.

Facebook isn’t the only one facing drama in New York’s courts this week. A legal firm has filed a lawsuit against Tether and Bitfinex, accusing them of market manipulation. The founding partner of Roche Freedman, Kyle Roche, says the class-action lawsuit accuses the stablecoin firm and crypto exchange of defrauding investors, manipulating markets and concealing illicit proceeds. On Twitter, Roche accused the companies of creating the “largest bubble in history” — with a “sophisticated scheme” that was “part-fraud, part-pump-and-dump and part-money laundering.” The issue of whether Tether tokens (USDT) are fully backed by U.S. dollars is also part of the lawsuit, with Roche claiming the firm “issued extraordinary amounts of unbanked USDT to manipulate cryptocurrency prices.” Both companies have described the allegations as baseless and have vowed to vigorously defend themselves.

The Commodity Futures Trading Commission has a new chairman — and this week, we got an insight into his views on cryptocurrencies. Heath Tarbert told a summit that he believes Ether (ETH) is a commodity — and ETH futures trading is becoming a reality. This is the first time that the authority has provided a vision for Ether, the second-biggest cryptocurrency by market cap. Tarbert, who replaced J. Christopher Giancarlo in July, also acknowledged that there were not insubstantial levels of uncertainty surrounding the status of altcoins, but he claimed similar digital assets should be treated… well, similarly. He added: “If the underlying asset, the original digital asset, hasn’t been determined to be a security and is therefore a commodity, most likely the forked asset will be the same.” 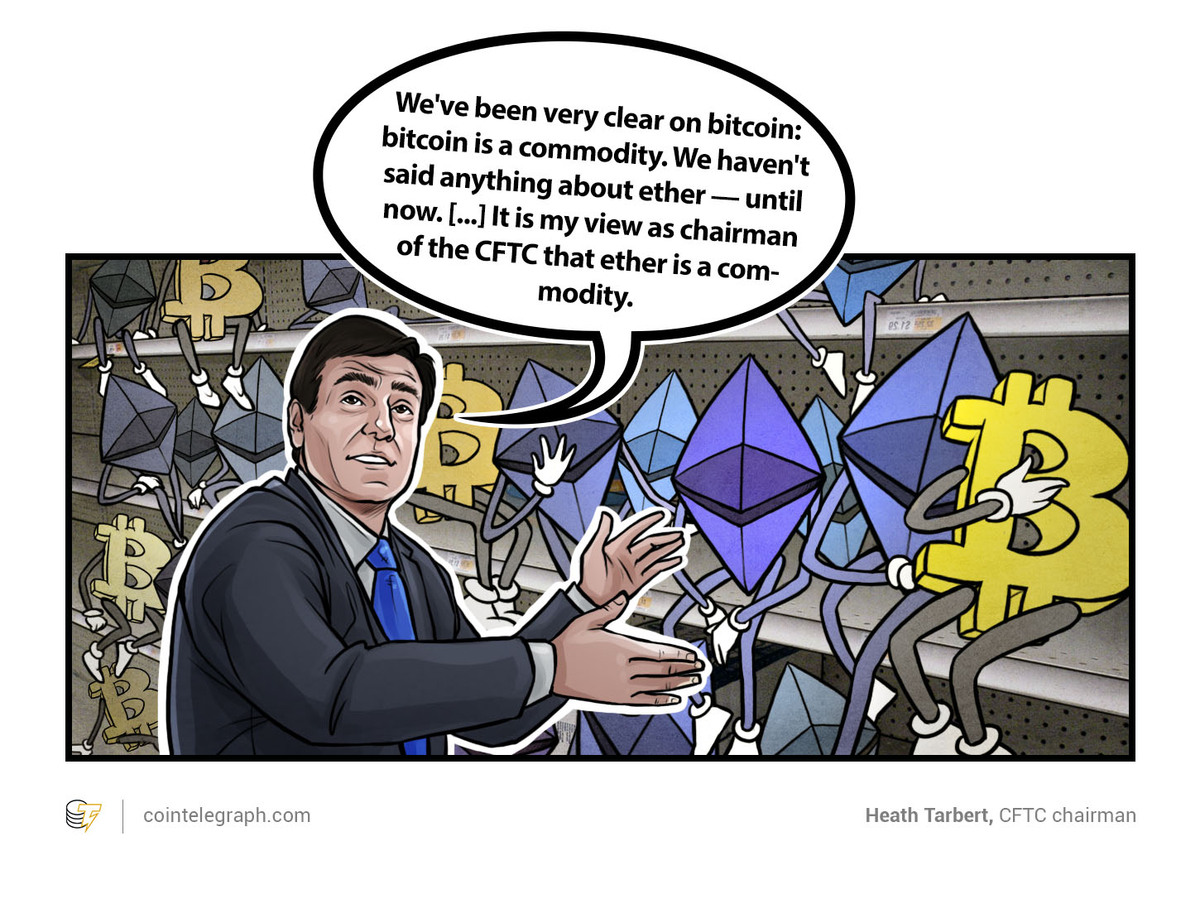 The Bakkt platform may have gotten off to a rather sluggish start, but new data suggests there may have been a turnaround after its tepid launch. Tracking data by the Bakkt Volume Bot on Twitter revealed that the trading volume of Bitcoin (BTC) futures soared to 224 contracts on Oct. 9 — a whopping 796% increase on the day before. Gert-Jan Lasterie,  the Dutch journalist and crypto author who compiled the data, said the 224 contracts represent an all-time high for the platform. An uptick in demand could be a promising development, not least because Binance Research had said Bakkt’s disappointing performance after launch was a factor in BTC/USD plunging by $2,000.

Alipay has declared that it’s going to ban any transactions related to BTC and other cryptocurrencies. The digital payment arm of Chinese e-commerce giant Alibaba warned consumers that it is closely monitoring over-the-counter transactions to identify irregular behavior and ensure it is compliant with relevant regulations. This comes after multiple reports that Alipay is being used for BTC transactions. Also this week, Binance announced it has started accepting fiat currencies through Alipay, as well as the mobile messaging and payment app WeChat. 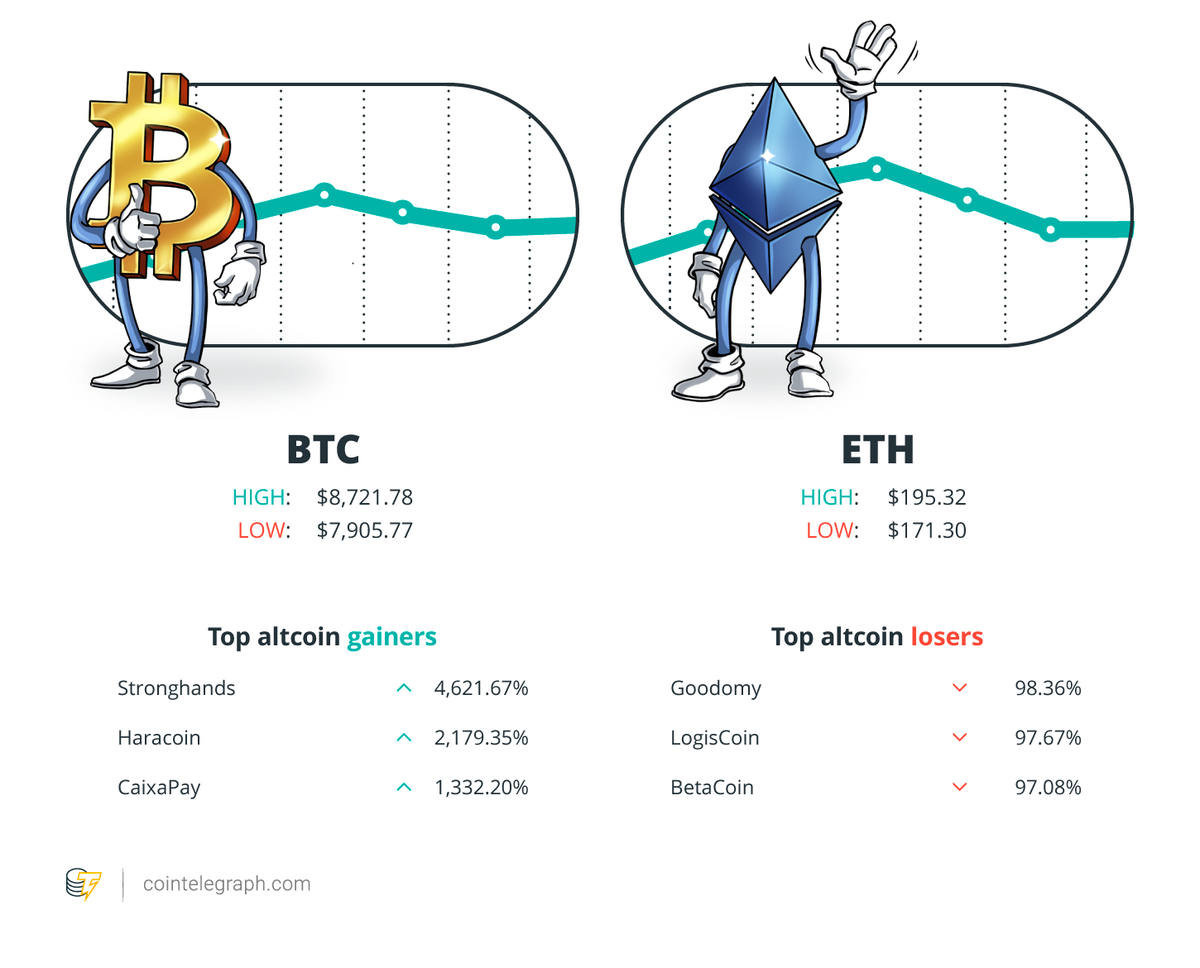 “Our emergency action today is intended to prevent Telegram from flooding the U.S. markets with digital tokens that we allege were unlawfully sold.”

Stephanie Avakian, the co-director of the SEC’s Division of Enforcement

“We've been very clear on bitcoin: bitcoin is a commodity. We haven't said anything about ether — until now. [...] It is my view as chairman of the CFTC that ether is a commodity.”

“For the record, these psychopaths are still literally and without a shred of irony claiming that they ‘discovered’ XRP as opposed to having created it.”

“We see blockchain as a big wave that will disrupt finance in the future. We need to be ready for the moment when different types of assets turn into tokens, although we don’t know when that will be.”

“Because the market believed the lie that one USDT equaled one U.S. dollar, Bitfinex and Tether had the power to, and did, manipulate the market on an unprecedented scale to profit from boom-and-bust cycles they created.”

“I think it would be a really dangerous thing, and frankly a dangerous precedent to start shutting down technology before it’s built.”

“It is still very complicated to secure funds for institutions that need them readily available. Until this interface problem is not solved, the global adoption of this technology by businesses will not happen.”

“Play with it, don’t expect miracles at first. Play with it until it becomes real.”

“A core element of national sovereignty is currency issuance; we would not leave that to private businesses.”

“Exchanges are the biggest #HODLers.” 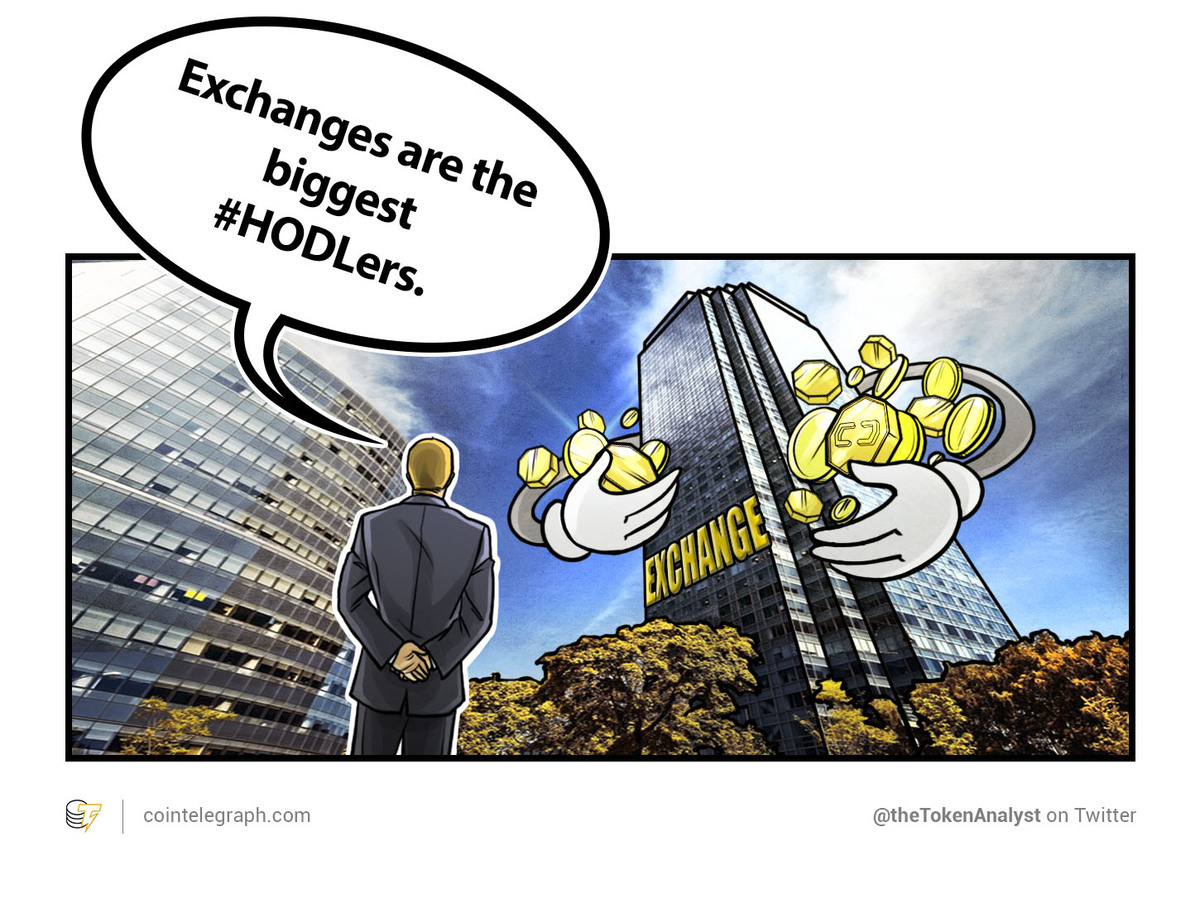 It’s prediction time — and this week, we’re focusing on the upcoming Telegram Open Network. Decentral Park Capital believes TON’s value has the potential to surpass $20 billion over the next five years, and its native cryptocurrency, Gram (GRM), could become one of the top 10 protocol assets. The blockchain venture and digital assets fund said TON can help “bank the unbanked” and serve as a gateway for crypto assets. It also believes that TON could become a vital discovery platform for Web 3.0 applications, just like the App Store was in Web 2.0. It might not all be smooth sailing. The report says three major challenges lie ahead: a lack of openness to developers, an unfriendly attitude from local governments, and a potential imbalance between demand and selling pressure. Friday’s emergency action to halt the digital token offering, launched by the SEC, will no doubt put a spanner in the works too.

Ripple criticized for alleged misrepresentation of relationship to XRP

Ripple Labs was on the naughty step this week after it said it “discovered” rather than created the XRP token — claims that have been described as misleading. Coinmetrics.io co-founder Nic Carter was among those furious about the company’s remarks, writing: “For the record, these psychopaths are still literally and without a shred of irony claiming that they ‘discovered’ XRP as opposed to having created it.” Cory Johnson, a former Bloomberg TV anchor who had worked as Ripple’s chief markets strategist until February 2019, had written: “Ripple’s relationship to XRP is akin [to] Chevron’s relationship to oil. We have a lot of it, we believe it’s a superior technology and we support its many uses — for billions of reasons. But we don’t have all of it, we don’t control it and we aren’t it.”

A Singaporean man has been charged by U.S. prosecutors for using stolen identities to illegally utilize Amazon Web Services cloud computing power for crypto mining. Ho Jun Jia, who used several aliases, allegedly became the company’s largest data consumer. One of the accounts he used belonged to an unnamed Los Angeles-based game developer, and their financial staff were paying some of his bills before the fraud was detected. A man in Texas and an Indian business owner also fell victim. Overall, prosecutors allege he consumed more than $5 million in unpaid cloud computing services with his illicit mining operation. Ho was arrested in late September, and he could be extradited to stand trial in the Seattle Western District Court.

The FBI is investigating whether a student at the University of Michigan attempted to hack West Virginia’s voting app. The blockchain-based service, known as Voatz, was used to collect ballots from overseas and military voters in the 2018 election. Investigators say the attempt was unsuccessful. West Virginia Secretary of State Mac Warner has said every safeguard designed for the system worked as planned — and he stressed that “no votes were altered, impacted, viewed or in any way tampered with.” Nonetheless, plans are now in place to introduce “more robust security measures and protocols” ahead of 2020. 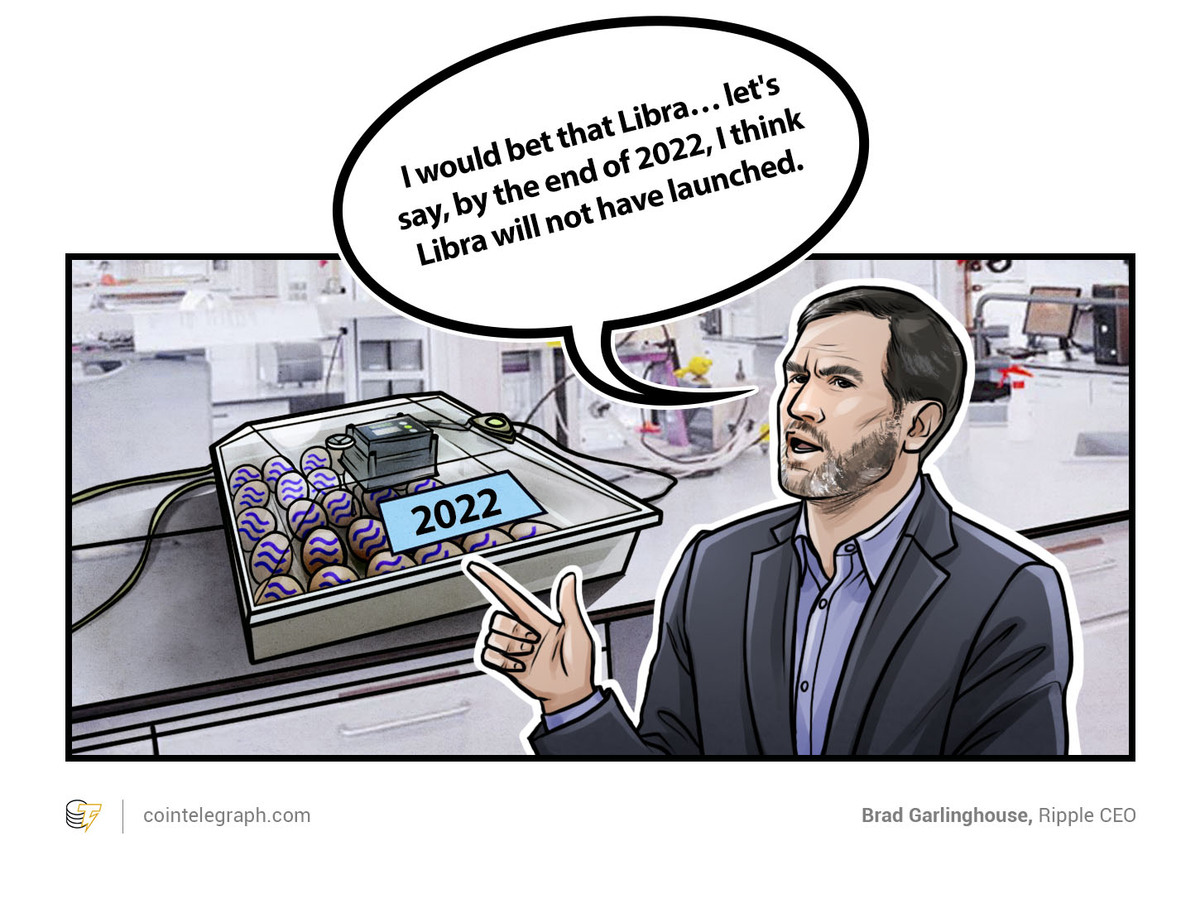 As deepfake videos spread, blockchain can be used to stop them

Deepfakes are Photoshop jobs on steroids — tech that can manipulate videos to make it look like the subject is saying or doing pretty much anything. The consequences can be serious — changing public opinions, skewing election results or triggering violence. Sritanshu Sinha looks at how blockchain can be used to stop them.

The SEC has slapped Block.One, the parent company of EOS, with a $24 million fine. Although the settlement seems large, it represents pennies compared with the total amount it raised via its initial coin offering. Nikolia Kuznetsov asks whether it’s the cost of doing business.

FATF AML regulation: Can the crypto industry adapt to the travel rule?

The Financial Action Task Force has issued new guidelines on how digital assets should be regulated, and crypto exchanges are acting fast. Henry Linver asks whether such companies will be able to make the grade and avoid being shut out of lucrative international markets.