The central bank of Vietnam has suspended imports of cryptocurrency mining hardware to prevent the use of crypto as payment. 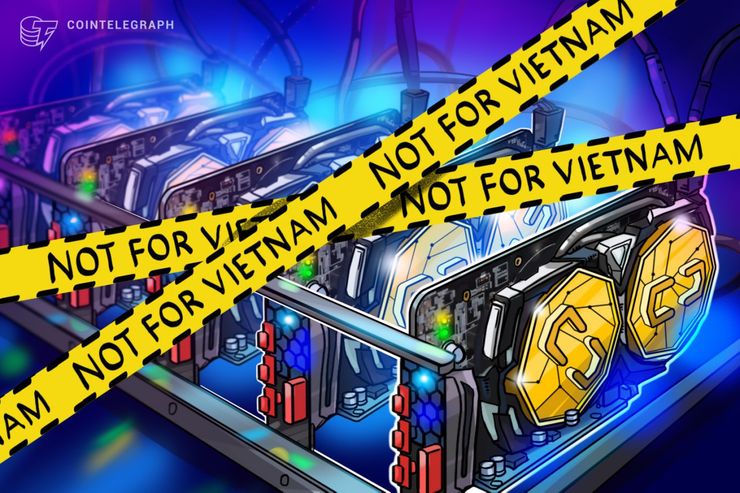 The Vietnamese central bank, the State Bank of Vietnam (SBV) announced it will suspend the import of cryptocurrency mining hardware, according to local news agency Viet Nam News July 19.

The move followed an official request from the Ministry of Industry and Trade (MoIT), which suggested a temporary ban of imports of crypto mining machines, the volume of which reportedly amounted to 15,600 units from 2017 to April 2018. Most of the units were imported through Hanoi, Ho Chi Minh City, and Da Nang.

Deputy Prime Minister Trinh Dinh Dung had previously directed the MoIT, the SBV, and the Ministry of Finance (MoF), to study the import of cryptocurrency miners based on current regulations, and provide guidance on their management.

According to Viet Nam News, the suspension is supposed to improve the management of currency flows in Vietnam, since the use of crypto mining equipment in the country makes it more complicated. The temporary ban also intends to prevent the use of cryptocurrency as an alternative means of payment outside of the official currency, which was declared illegal in late 2017.

In May, the Hanoi Department of Industry and Trade prohibited institutions and retail entrepreneurs in the e-commerce field from using Bitcoin (BTC) and other cryptocurrencies to carry out online transactions.