Is the recovery in cryptocurrencies about to hit a roadblock?

After a rally in Bitcoin, is it time for altcoins to lead markets higher? Let’s take a look at the charts 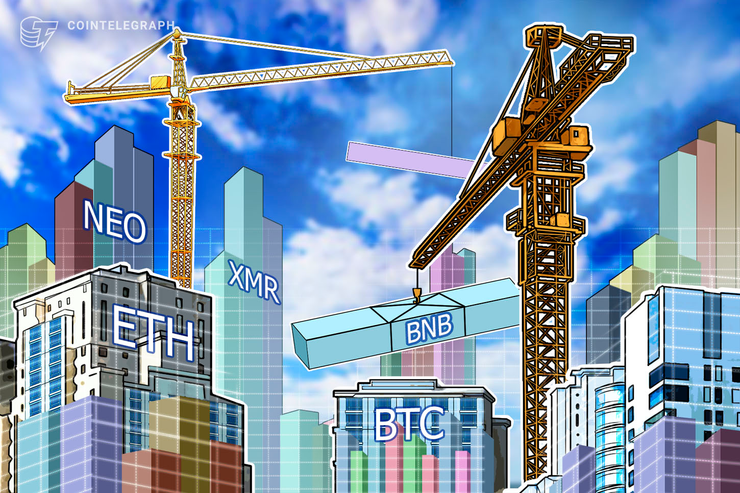 For the agile trader, cryptocurrency trading offers a great opportunity to earn huge returns within a short span of time. It is also uncorrelated to other asset classes, hence, it can act as a safe haven investment during an economic crisis.

In Brazil, which is reeling under a slowdown and high unemployment rate, 1.5 million people are investing in cryptocurrencies compared to the local stock markets called B3, which has 1 million investors.

However, history has shown that if traders do not book profits or protect their paper profits, all their gains can vanish and bury the traders in huge losses. Therefore, do not chase prices higher and do not get overly greedy.

Russia, which had banned crypto assets as a means of payment in May of last year is considering allowing cryptocurrency trading.

Cryptocurrencies and blockchain are not only about making money. The technology is increasingly being used in various fields, including charity, to improve productivity and bring greater transparency.

Neo (NEO) was the best performer among major cryptocurrencies in the past seven days. The official Twitter page reported a fake website misleading token holders on the pretext of NEO 3.0 token swap. Can the digital currency pick up momentum and play catch up with other altcoins? Let us find out.

The NEO/USD pair has scaled above both moving averages, which are on the verge of a bullish crossover. This is a positive sign and indicates advantage to the bulls. The up move might face selling in $20–$25 zone. Hence, a couple of weeks of consolidation or a minor correction cannot be ruled out.

However, if the sentiment remains positive, we anticipate the bulls to eventually push the price above $25, which is likely to start a new uptrend. The next target to watch on the upside is $42.

Our bullish view will be invalidated if the pair struggles to ascend the overhead resistance zone. In such a case, a few weeks of consolidation cannot be ruled out. The support on the downside is closer to $11.

Monero (XMR) was the second-best performer in the past seven days as it rallied about 20%. Currently, the community is focused on the first-ever Monero <a href="https://monerokon.com" rel="noo