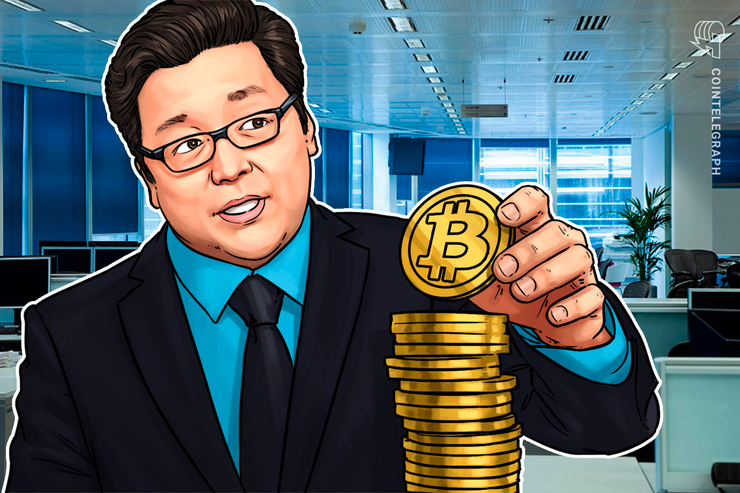 In his comments, Lee said that bitcoin is becoming the reserve currency of the cryptocurrency space, and noted that it has been worth over the $9,000 price level in only 4% of its history. Then, he declared:

“I think bitcoin is easily going to take out its all-time highs.”

Before making those price predictions, Lee also noted that Facebook’s Libra project is a validation of mainstream interest in cryptocurrencies. He also stated that he thinks this development “completely destroys this argument that says ‘I believe in blockchain, not bitcoin.” He also expressed his idea that — while he believes libra is going to be one of the dominant stablecoins — other stablecoins will most likely survive:

“I don’t think that they are gonna drop in value because most of them are collateralized, I think the ones that are algorithmically stable just might not have the network effect.”

When asked whether banks will support libra in the future, Lee noted that the decentralization of finance — while convenient for payment processors — results in a negative return for banks:

“One thing to keep in mind: Facebook’s annual revenue per user is probably $50 [...] that may be a little high. But an average bank generates close to $1,000 per user, so Facebook has a 20x upside to their customer model if they start doing banking services. [...] I can see why banks aren’t really enthusiastic about this.”

Earlier today, the head of the United Kingdom’s central bank said Facebook’s new libra cryptocurrency could have genuine use cases if it can conform to regulatory demands.

As Cointelegraph reported at the time, Lee had claimed in May that the crypto winter is over.