Cryptocurrencies are seeing price weakness across the board, with the top ten coins losing between 3 and 6 percent on the day, and Bitcoin down to around $3,570.

Monday, Jan. 21: cryptocurrencies are seeing price weakness across the board, with virtually all of the top 100 coins by market cap tipping into the red.Top ten coins have lost between 3 and 7 percent on the day, as data from Coin360 shows. 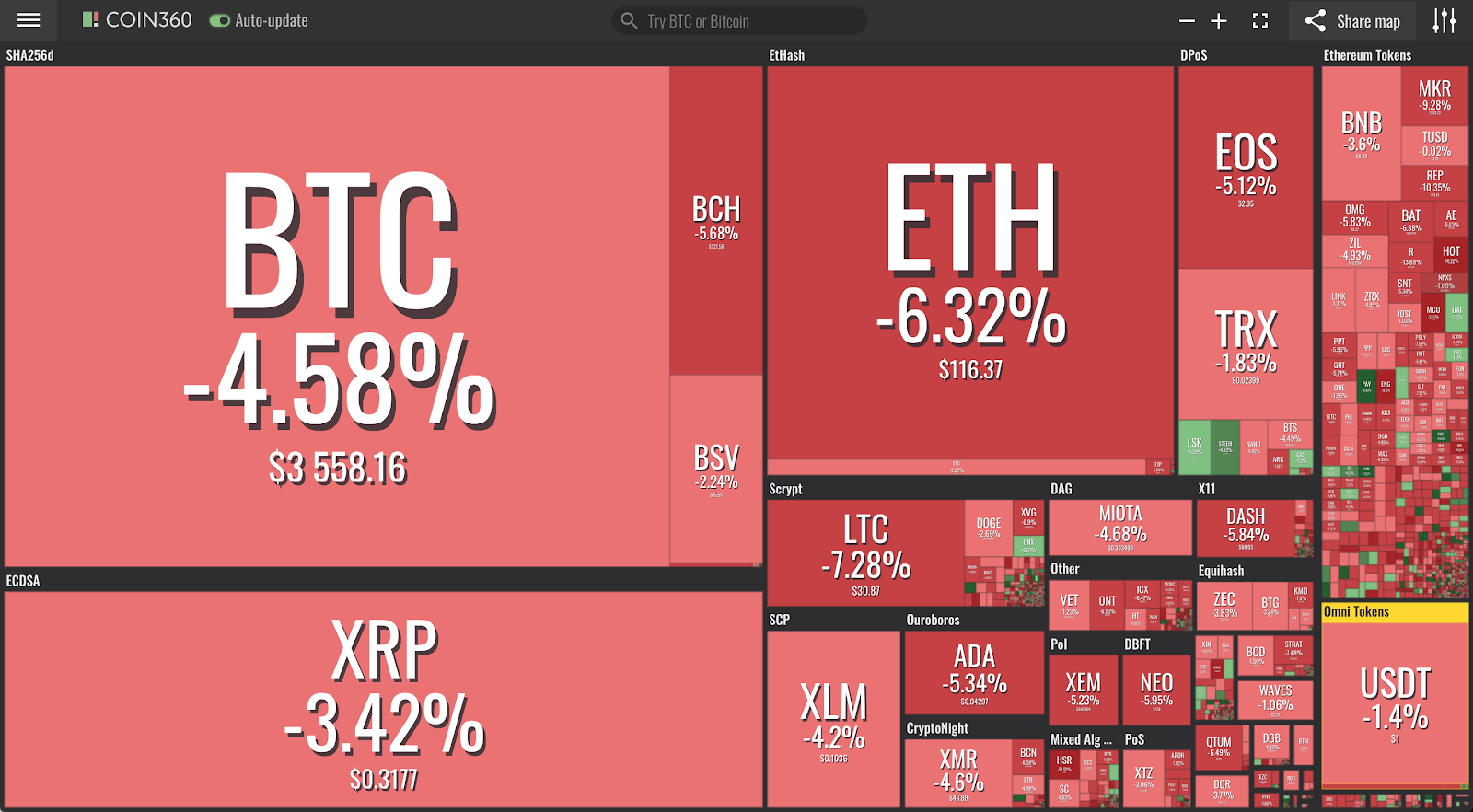 Despite a jagged week of fleeting gains, the top coin has now come virtually full circle on its 7-day chart, and is trading just 0.5 percent down on the week. Monthly losses are nonetheless at a heftier 11 percent, according to CoinMarketCap. 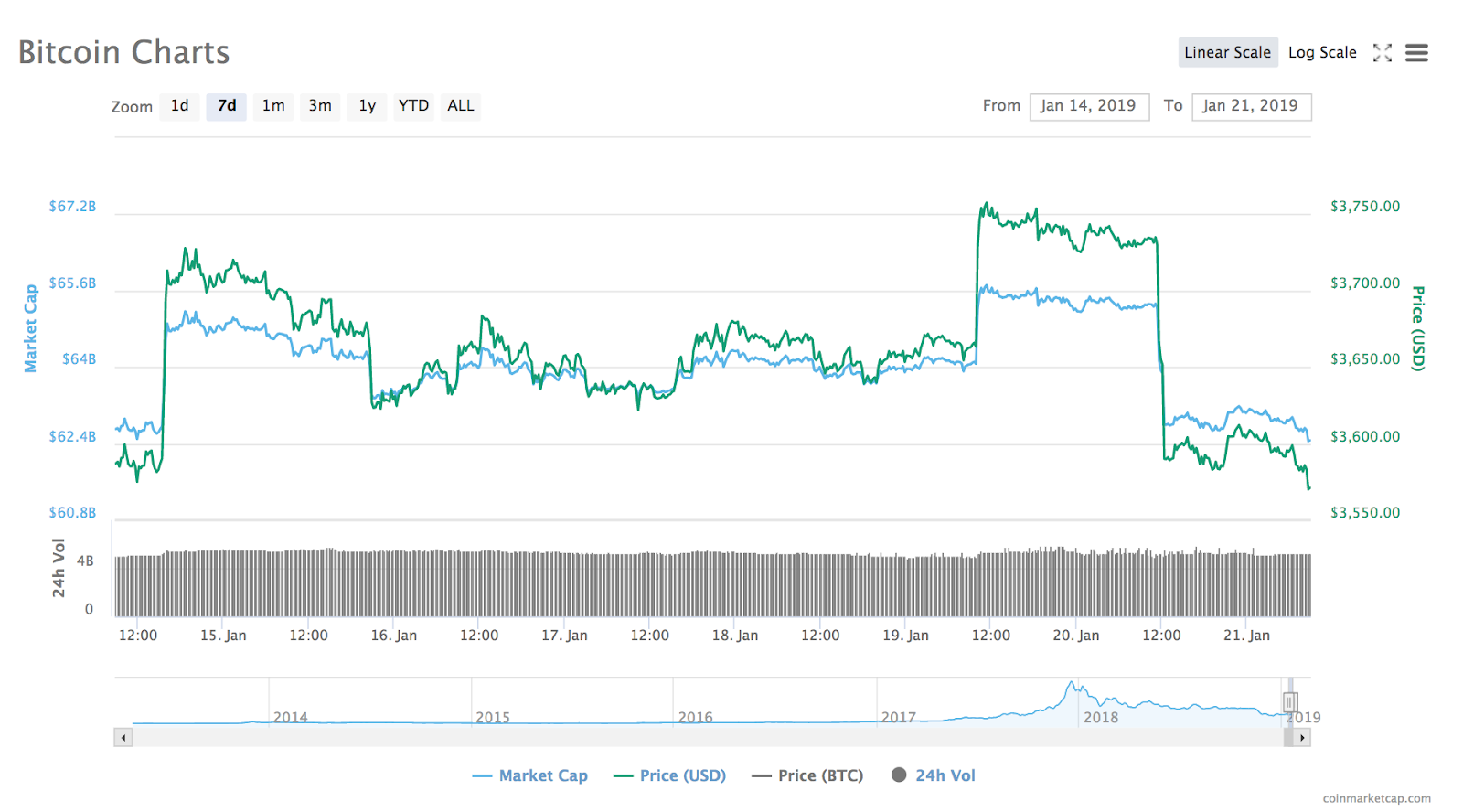 Ripple (XRP), currently the largest altcoin by market cap, is down fractionally less, shedding 3.4 percent on the day to trade at ~$0.317 to press time. Ripple’s market share is currently $13 billion — as compared with Ethereum (ETH)’s ~$12.2 billion.

After an unsteady week, Ripple is down a slight 2.4 percent on the week, but monthly losses are much higher, at 13.6 percent. 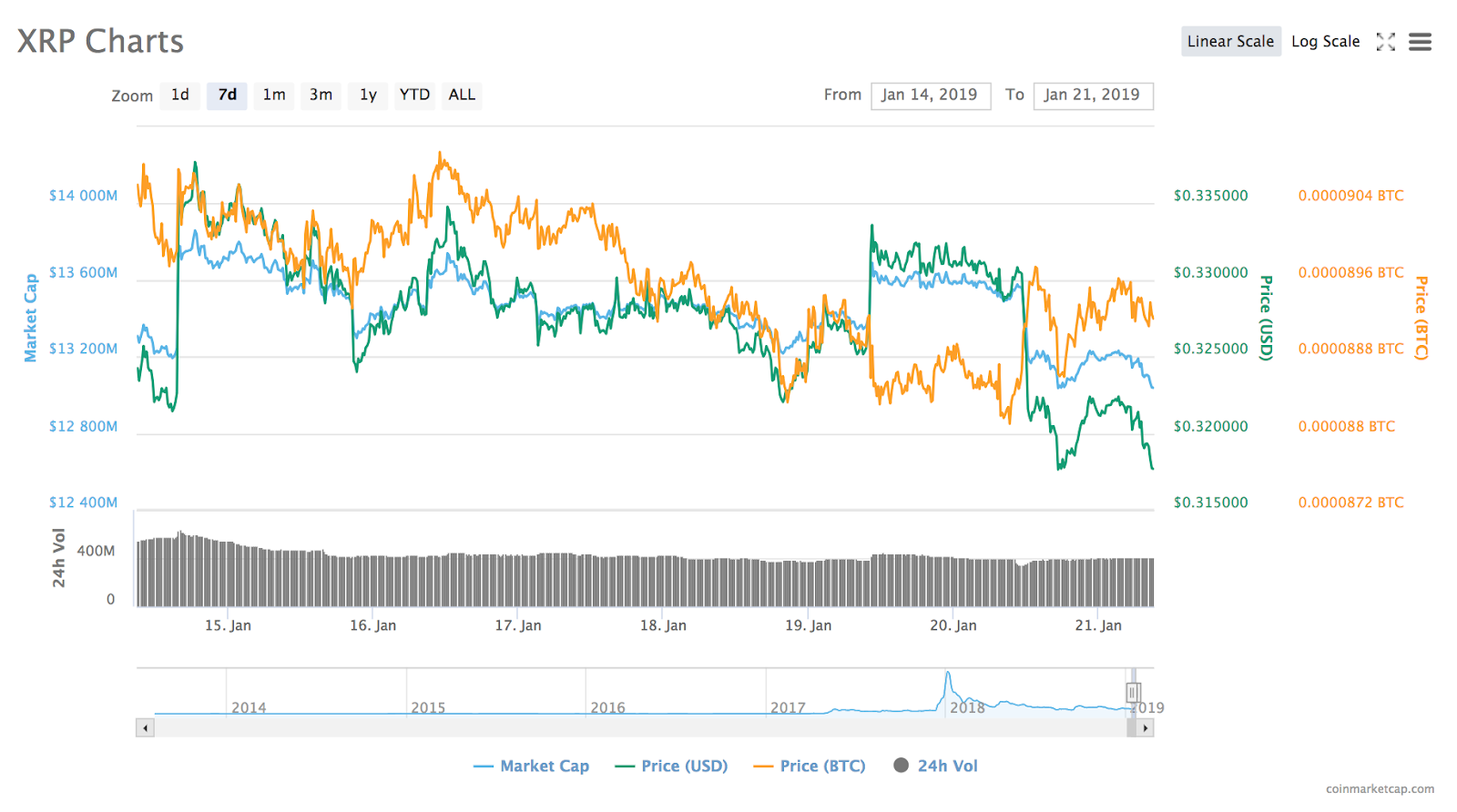 Second largest altcoin Ethereum (ETH) is down 5 percent on the day, and is trading at ~$117 to press time. Despite a strong price surge to above $130 Jan. 15, Ethereum’s protracted decline has brought it back down almost full circle, losing just under 1 percent on the week.

Over the medium term, Ethereum is trading slightly higher than it was at the start of its one month chart, up 2.17 percent on the month. 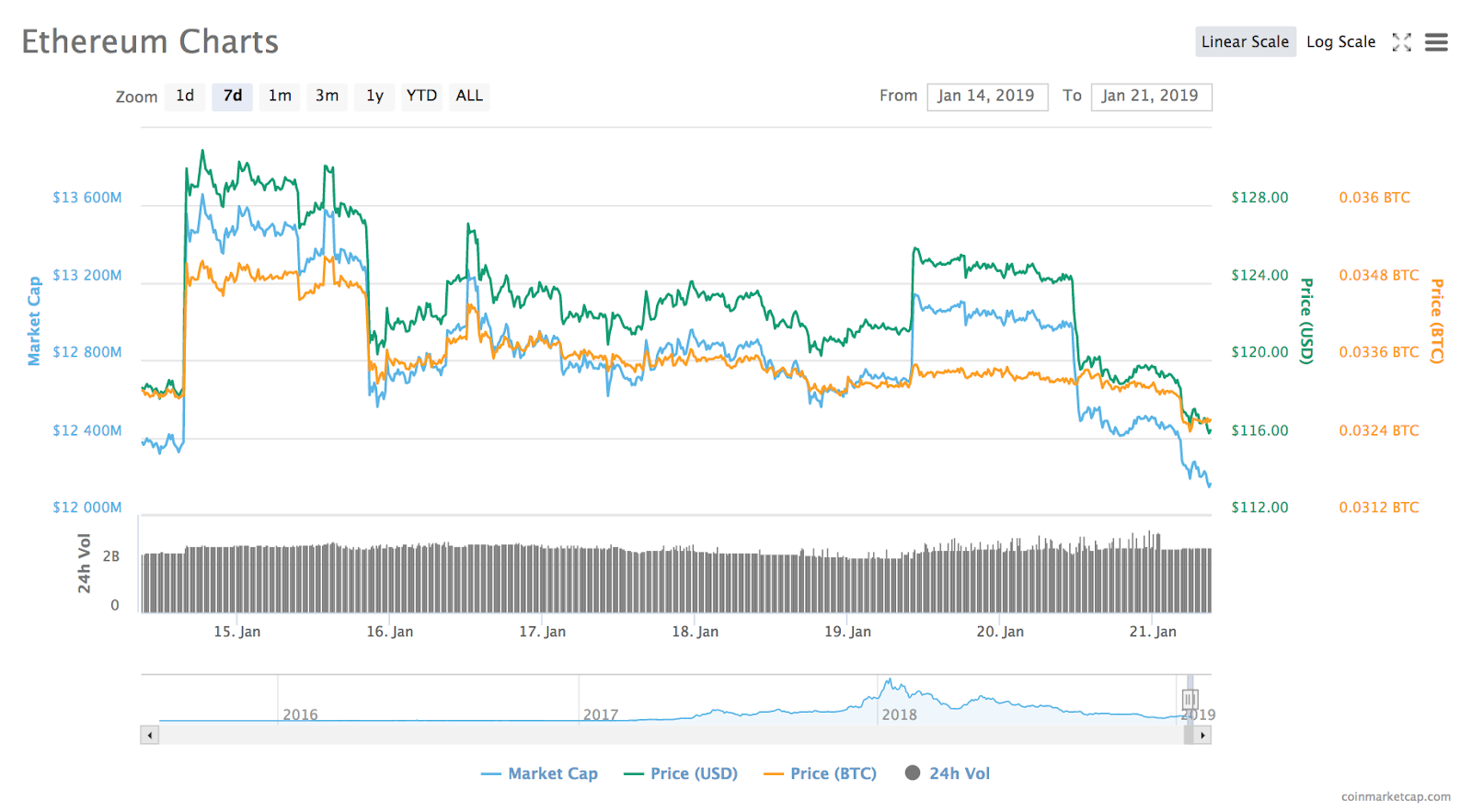 The remaining top twenty coins on CoinMarketCap are all in the red, with losses ranging between 2 and 8 percent. Maker (MKR), ranked 20th, is down the most — losing 8.13 percent on the day to press time. Litecoin (LTC), ranked 8th largest, is also down close to 5 percent, and Cardano (ADA), ranked 11th, is down over 4 percent on the day.

Tron (TRX) is currently the only top twenty coin in the green, up a solid 2.86 percent on the day.

Total market capitalization of all cryptocurrencies is around $119 billion as of press time, down 4.3 percent on the day, but seeing virtually no change on the week.

“The probability that Bitcoin matches its ATH [all-time high] price again and doesn't then continue past it seems very low. Each wave of adoption is an order of magnitude bigger than the last.”