Samsung is rumored to partner with Enjin to back the Galaxy S10’s unconfirmed blockchain wallet.

The anonymous interlocutors provided an image to the outlet that was purportedly posted by Tworld — Korea’s second largest telecom company. The screenshot shows the Enjin wallet being used in the Galaxy S10 for Ethereum (ETH) transactions. The image also features Enjin coin (ENJ) and Basic Attention Token (BAT) — an Ethereum-based token used in digital advertising. 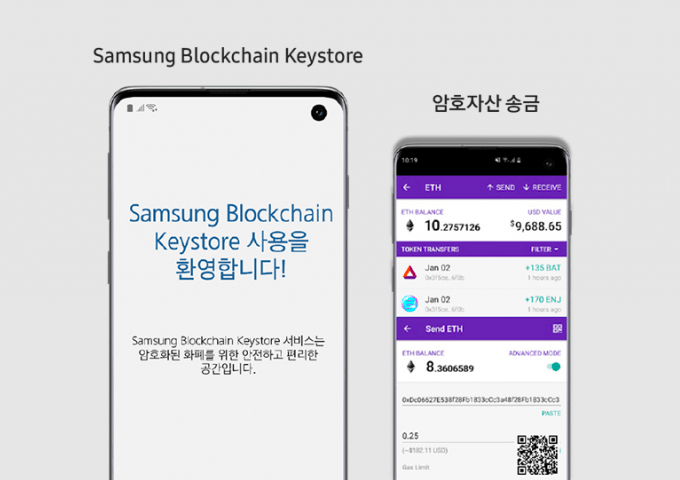 According to sources familiar with the matter, the Enjin Wallet will be installed in the Galaxy S10, which is expected to be used by over 31 million users, Asia Crypto Today states. The wallet can reportedly be used to send and receive ERC-20 tokens and ERC-1155 crypto game assets.

Samsung is reportedly relying on decentralized technology in order to secure the distribution of data, manage and share content, and manage digital assets, including in-game ownership, and transactions, the publication notes.

Enjin is known for launching the ERC-1155 token — an asset class used to purchase and sell digital items in video games and establish digital ownership. The company’s wallet is now available on iOS and Android, supporting all ERC-20 and ERC-1155 tokens and allowing users to exchange digital assets.

Samsung introduced its new flagship Galaxy S10 on Feb. 20. The company revealed that the smartphone will have storage for private cryptocurrency keys, but a crypto wallet was not mentioned despite the previously denied multiple rumors regarding the phone’s possible configuration and support for cryptocurrency wallets and decentralized applications.

However, Heslin Kim, a cryptocurrency analyst from South Korea, later shared a video in his Twitter account, claiming it was a Galaxy S10 blockchain tutorial and providing instructions on using an integrated blockchain wallet. According to Kim, Samsung avoids mentioning the wallet in an attempt to “keep Apple on their toes.”

The information on the integrated blockchain wallet is also reportedly confirmed by Coindesk Korea, whose reporters have managed to allegedly test the smartphone in Samsung’s flagship D’light store in Korean capital Seoul.

By press time, neither Enjin nor Samsung has responded to Cointelegraph’s request for comment.