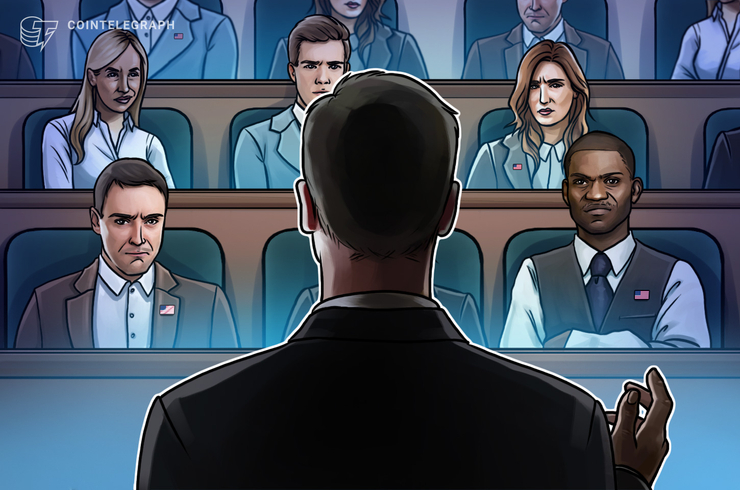 United States Congressman (R-N.C.) Ted Budd testified to the House of Representatives Ways and Means Committee on purported issues with current tax laws on cryptocurrencies, as per a video of the testimony released on June 4.

Congressman Budd argued that cryptocurrencies should have a de minimis tax exemption like foreign currencies.

Budd commented that he cosponsored bill H.R.3708, or the “Cryptocurrency Tax Fairness Act,” which would extend the Internal Revenue Code of 1986 to treat personal cryptocurrency purchases like personal transactions in foreign currency, which are not taxed.

Budd highlighted the fact that, since the Internal Revenue Service (IRS) considers cryptocurrency to be a type of property, cryptocurrencies do not currently qualify for a de minimis tax exemption.

Instead, since they are properties, the IRS requires persons who use cryptocurrency to buy fiat money, or goods and services, to calculate and then pay the tax liability associated with this “property” transaction.

Relatedly, Budd commented on the issue of double taxation. Since cryptocurrencies are taxed as properties, cryptocurrency transactions result in a “double taxation” situation in which the IRS treats the transaction for the buyer as both a sale and a purchase. Budd argues that this results in unfairly demanding record-keeping practices for taxpayers, and is a deterrent to participating in blockchain-based business.

Budd argued that purchases with cryptocurrencies should be treated as ordinary purchases. He referred to bill H.R.7361, or the “Virtual Value Tax Fix of 2018” bill, which would include cryptocurrency in the scope of tax-deferrals under the IRS Tax Cuts and Jobs Act, Section 1031, regarding “like-kind exchanges.” Without a solution of this kind, Budd says that blockchain transactions are subjected to almost 40% sales tax.

Budd also briefly remarked that blockchain technology development is a national economic issue, saying that it would be a problem if blockchain innovation moved primarily to countries such as Malta and Singapore.

As previously reported by Cointelegraph, executive director of Coin Center Jerry Brito discussed a bill that would provide a de minimis tax exemption for cryptocurrencies at the crypto conference Consensus 2019 on May 13. The bill, the reintroduced Token Taxonomy Act (TTA), would likewise seek to treat cryptocurrencies the same as foreign currencies for the purpose of personal transactions.