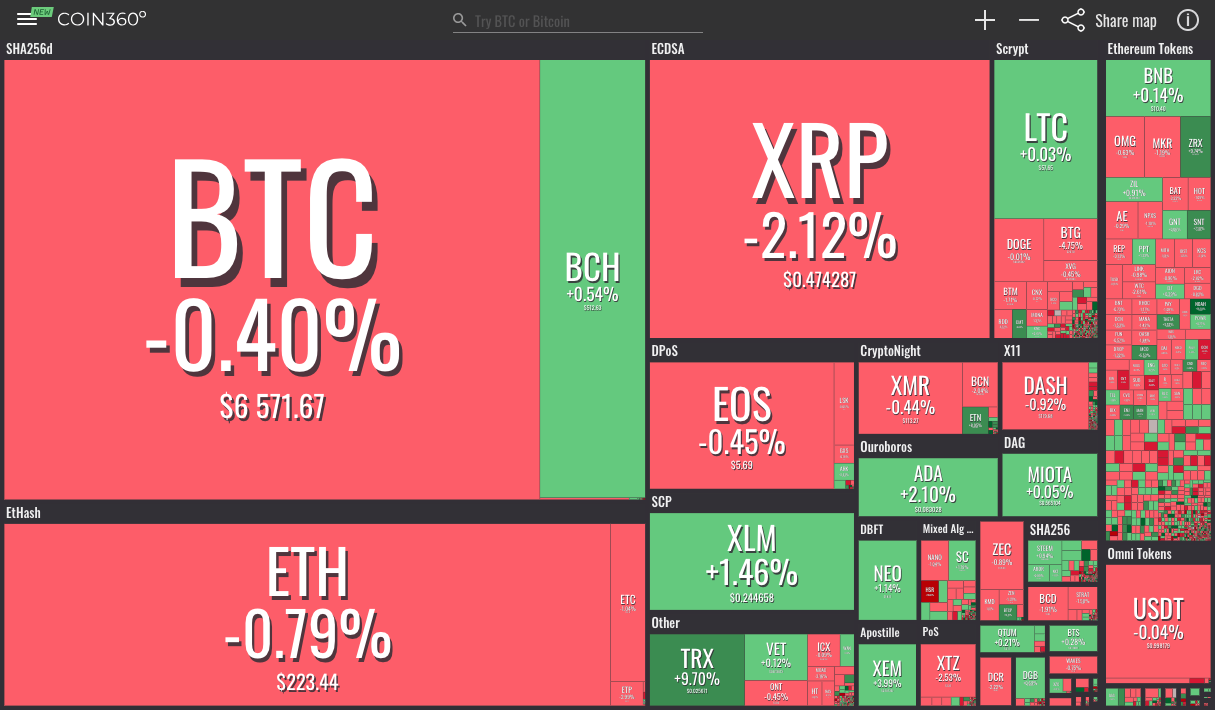 Data from Cointelegraph’s price tracker and Coin360 show BTC/USD hardly moving compared with the same time last week, with daily and weekly movements concluding at around 0.03 percent up and 0.65 percent down respectively.

At press time, Bitcoin is trading at around $6,545, slightly up on its position during the first week of September, while seeing volatility topping $1,500 in the intervening period. 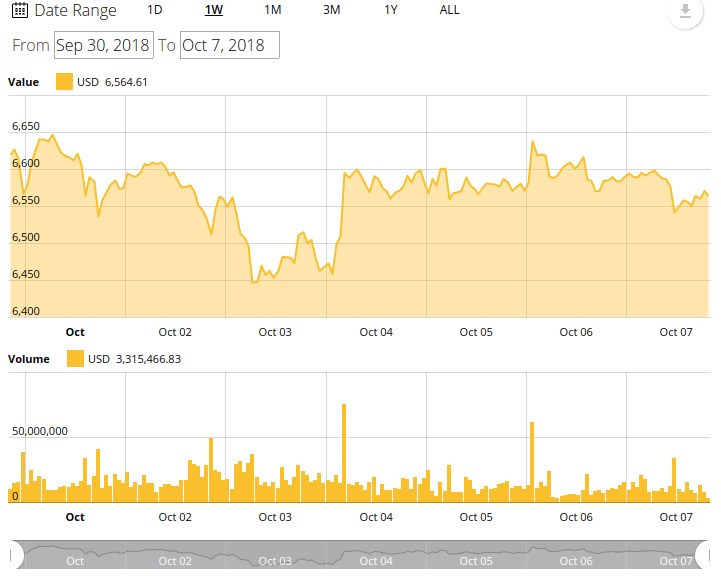 As commentators noted on social media, October is unlikely to see major announcements on issues that could significantly affect the Bitcoin price. Regulatory decisions on products such as a a U.S. Bitcoin exchange-traded fund (ETF) are expected in November, while Bakkt, the “regulated ecosystem” for institutional investors seeking Bitcoin exposure, is also scheduled to launch in November.

In the meantime, existing investors appear reluctant to trade, some sources claim, preferring Bitcoin as a store of value as global trade volumes hit their lowest point since July 2017 — below 2.2 million BTC as of October 1.

Other statistics, such as those from public resource Bitcoinity, suggest trading has not been so low for many years.

In altcoin markets, smaller movements than usual came on the back of Bitcoin’s recent stability, with Ethereum (ETH) dropping 0.3 percent on the day to trade around $222 at press time. On the week, ETH/USD lost about 4 percent, while still being up around 3.5 percent versus the same time last month. 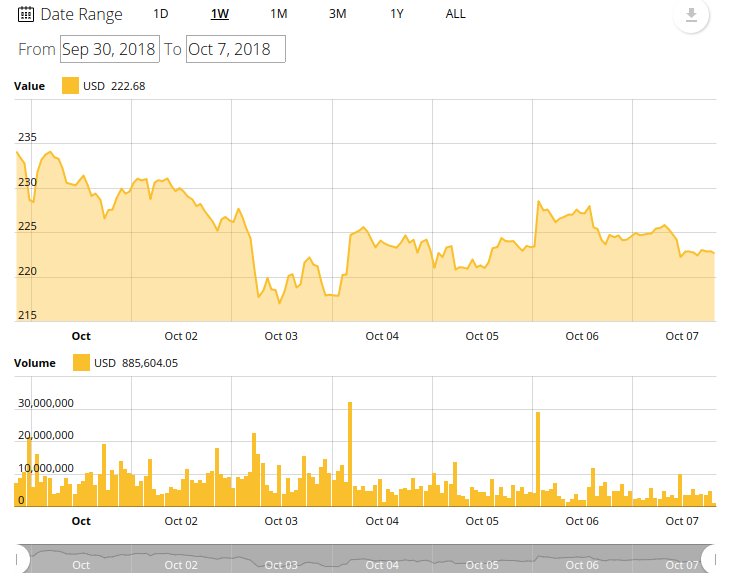 Markets appeared ambivalent to casual comments from ETH co-founder Vitalik Buterin, who on Friday revealed he was in the process of withdrawing from his active development role.

Other major altcoins fared broadly similarly, with Ripple (XRP) delivering the largest losses in the top ten assets, losing around 2 percent on the day. TRON (TRX) gained almost 10 percent in a reverse of the overall trend, while assets such as Litecoin (LTC) and Stellar (XLM) barely moved higher or lower.