Friday, May 31 — most of the top 20 cryptocurrencies are reporting moderate losses on the day by press time, as bitcoin (BTC) still holds over the $8,300 mark, with minor gains on the day. 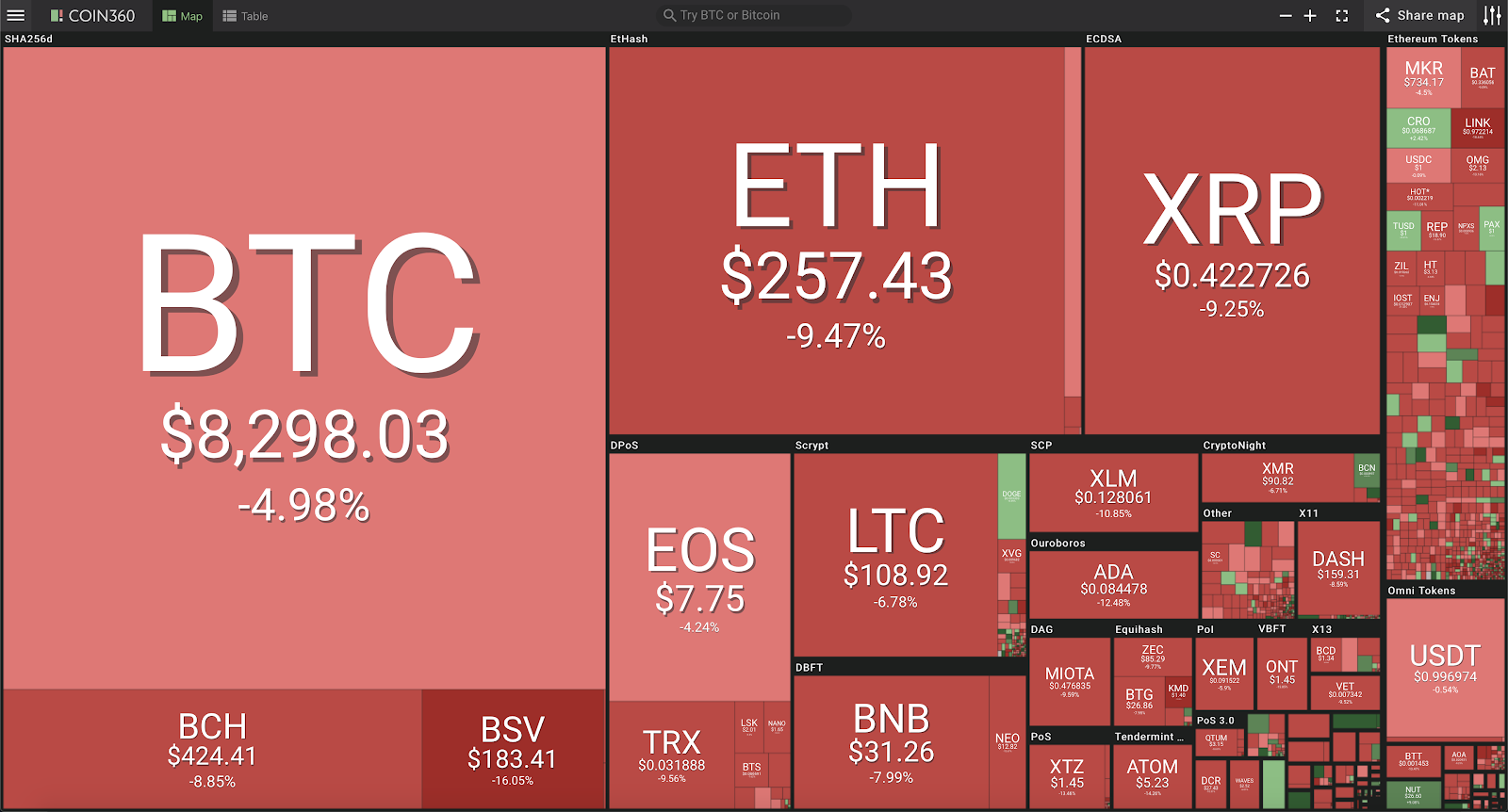 Bitcoin is nearly 5% down on the day, trading at $8,320 at press time, according to CoinMarketCap. Looking at its weekly chart, the coin is up over 3.7%.

As Cointelegraph reported earlier today, Michael Novogratz, founder and CEO of cryptocurrency merchant bank Galaxy Digital, has said that he expects bitcoin to consolidate in the $7,000-$10,000 range.

Ether (ETH) is holding onto its position as the largest altcoin by market cap, which currently stands at $27.4 billion. The second-largest altcoin, XRP, has a market cap of $17.8 billion at press time.

CoinMarketCap data shows that ETH has seen virtually no movement over the last 24 hours. At press time, ETH is trading around $258. On the week, the coin has also seen its value increase over 2.7%.

Among the top 20 cryptocurrencies, the one reporting the most notable price action is bitcoin SV (BSV), which is down about 14% on the day.

At press time, the total market capitalization of all cryptocurrencies is $263.4 billion, nearly 5% higher than the value it reported a week ago.

In traditional markets, the United States stock market is seeing discrete gains so far today, with the S&P 500 up 0.21% and the Nasdaq up 0.27% at press time. The CBOE Volatility Index (VIX), on the other hand, has gained a solid 11.33% on the day at press time.

Major oil futures and indexes are mostly down today, with WTI Crude down 2.28%, Brent Crude down 2.34% and Mars US down 4.56% at press time. The OPEC Basket is up 2.11% and the Canadian Crude Index has seen its value decrease by 3.15% in the 24 hours by press time, according to OilPrices.