Bitcoin Falls Below the $7,900 Mark as US Stock Market Sees a Minor Downturn

Most of the top 20 cryptocurrencies are reporting moderate losses on the day as bitcoin has fallen below the $7.900 mark again.

Monday, May 20 — most of the top 20 cryptocurrencies are reporting moderate losses on the day by press time, as bitcoin (BTC) has fallen below the $7.900 mark again. 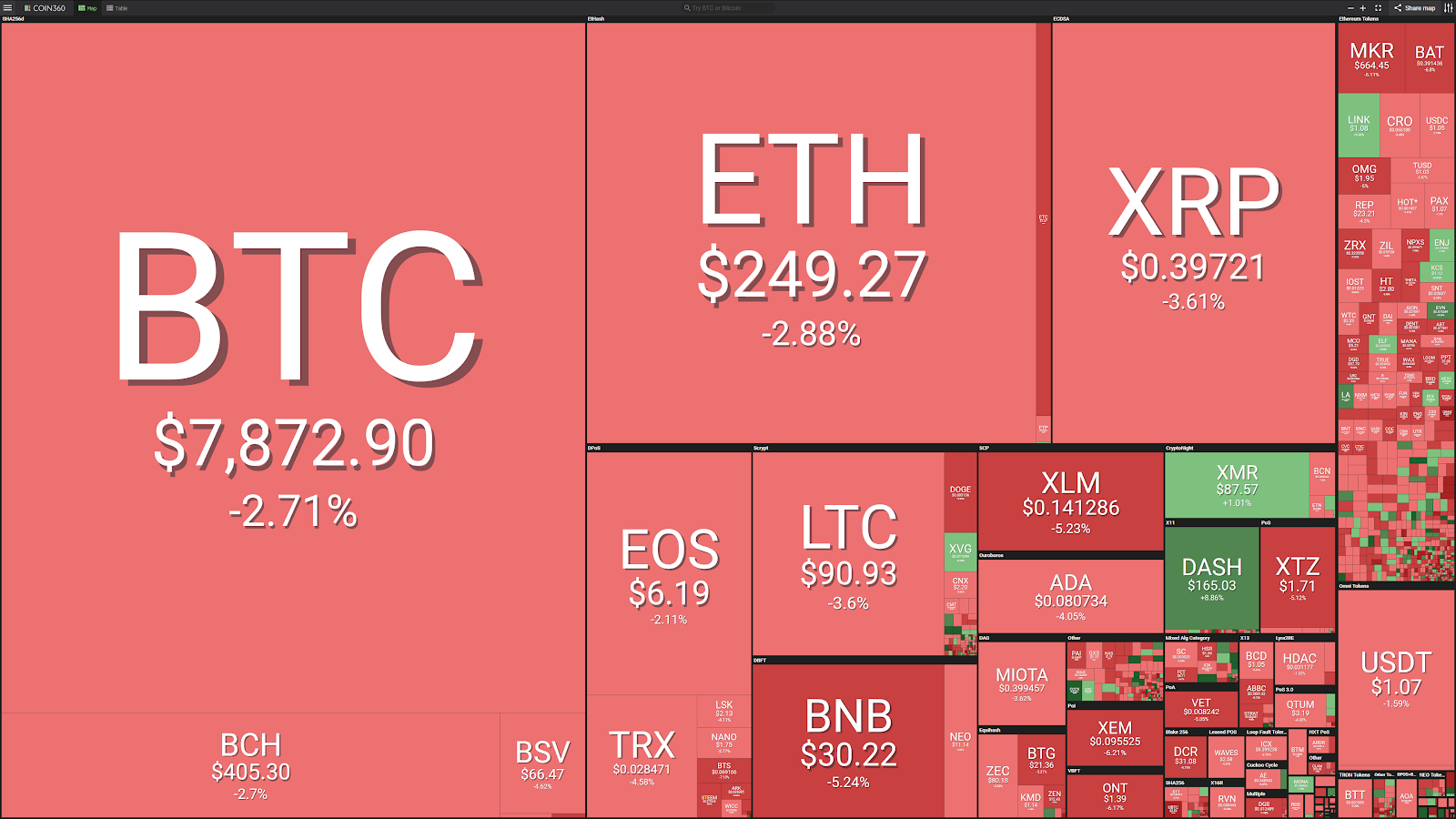 Bitcoin is down over 1.7% on the day, trading at $7,883 at press time, according to CoinMarketCap. Looking at its weekly chart, the coin is up over 10%.

As Cointelegraph reported earlier today, strategists from United States banking giant JPMorgan Chase have argued that bitcoin’s recent rally has ostensibly soared past what they calculate to be its intrinsic value.

Ether (ETH) is holding onto its position as the largest altcoin by market cap, which currently stands at $26.5 billion. The second-largest altcoin, XRP, has a market cap of $16.6 billion at press time.

CoinMarketCap data shows that ETH is down over 2.7% over the last 24 hours. At press time, ETH is trading around $249. On the week, the coin has also seen its value increase by over 24%.

At press time, the total market capitalization of all cryptocurrencies is $245.2 billion, over 12.8% higher than the value it reported a week ago.

In a tweet yesterday, Fundstrat Global Advisors co-founder Tom Lee has claimed that the crypto winter is over.

In traditional markets, the United States stock market is seeing discrete losses so far today, with the S&P 500 down 0.58% and the Nasdaq down 1.04% at press time. The CBOE Volatility Index (VIX), on the other hand, has gained a solid 7.39% on the day at press time.

Major oil futures and indexes are mostly up today, with WTI Crude up 0.29%, Brent Crude up 0.44% and Mars US down 0.45% at press time. The OPEC Basket is up 1.89% and the Canadian Crude Index has no value change by press time, according to OilPrices.