Most of the top 20 cryptocurrencies are reporting slight to generous gains, with Bitcoin going above the $4,000 threshold.

Most of the top 20 cryptocurrencies are reporting slight to generous gains, with Bitcoin going above the $4,000 threshold 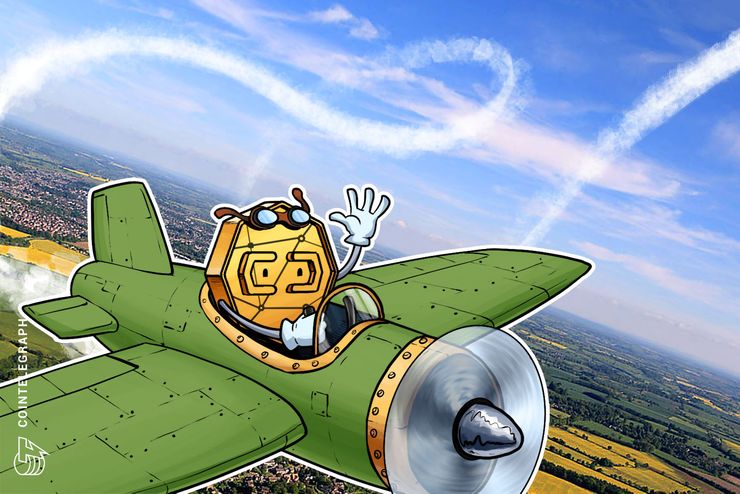 Monday, Jan. 7 — most of the top 20 cryptocurrencies are seeing slight to generous gains in the 24 hours to press time. Bitcoin’s (BTC) price has surpassed the $4,000 mark again, according to Coin360 data.

At press time, Bitcoin is up nearly 5 percent on the day, trading at around $4,025. Looking at its weekly chart, the current price is above the intra-week high of $3,946 — registered on Jan. 2 — and is also notably higher than $3,841, which is the value of one bitcoin last Monday.

Ethereum has seen its value decrease by about half of a percent over the last 24 hours. At press time, ETH is trading at around $153, having started the day around $154. On the weekly chart, Ethereum’s current value is significantly higher than $137, the price at which the coin started the week.

Ripple (XRP) is up over three percent on the day, trading at around $0.367 at press time. On the weekly chart, the current price is higher than $0.361, the price at which XRP started the week — but also lower than $0.378, the midweek high reported on Jan. 2.

Among the top 20 cryptocurrencies, the ones experiencing the most notable price action are NEO, up over 10 percent, Stellar, up over 6 percent, and ZCash, up about 4.5 percent.

The combined market capitalization of all cryptocurrencies — currently equivalent to about $136.1 billion — is higher than $128.8, the value it reported one week ago. The current value is slightly lower than the intra-week high of $138.7 reached on Jan. 6.

As Cointelegraph reported earlier today, a new bipartisan bill to exempt cryptocurrencies from some securities laws is currently being reviewed by the Colorado Senate.

Recently, news broke that several United States federal agencies reportedly raided the office of a Michigan-based science and tech center last month during a crypto-related investigation. The center’s founder was allegedly “commercially trading in crypto-currency (sic) without the proper authorization.”