Bitcoin has tested a slight rebound, trading at sideways while total market cap stands its ground.

Thursday, August 2: Bitcoin (BTC) and Ethereum (ETH) are trading around yesterday's levels, while other top 20 coins are seeing notable losses, according to data from Coinmarketcap.

Bitcoin (BTC) is up around 0.3 percent over the past 24 hours and trading at $7,579 at press time after testing a slight rebound today. The top cryptocurrency keeps trading sideways, with an intraday low of $7,451, according to the Cointelegraph Bitcoin Price Index. As Cointelegraph reported in a previous market analysis, if Bitcoin breaks $7,750 resistance, the move can extend to further to $8,400. 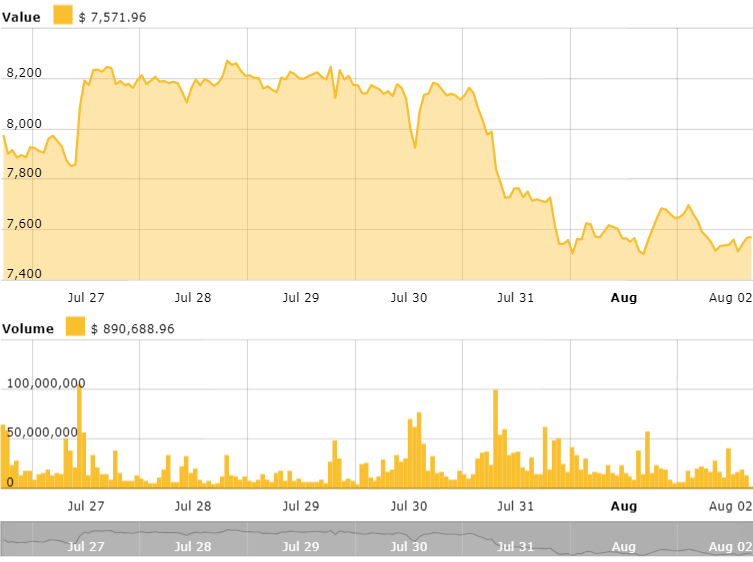 Ethereum (ETH) is down 1.03 percent, trading at $411 at press time. The major altcoin has climbed to an intraday high of $423 before seeing a gradual decline.

Crypto markets analyst Trading Room suggested on Twitter that if Ethereum dips delow $350, it would cause a further downtrend across other altcoins. However, Bitcoin would allegedly be “detached from the mayhem.” 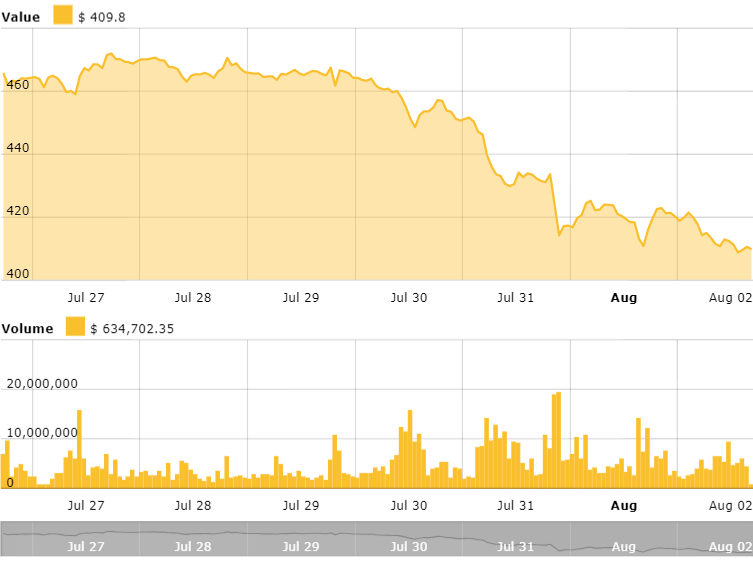 Total market capitalization is standing its ground around $267 billion, seeing a slight decline within the day after peaking at $275 billion. 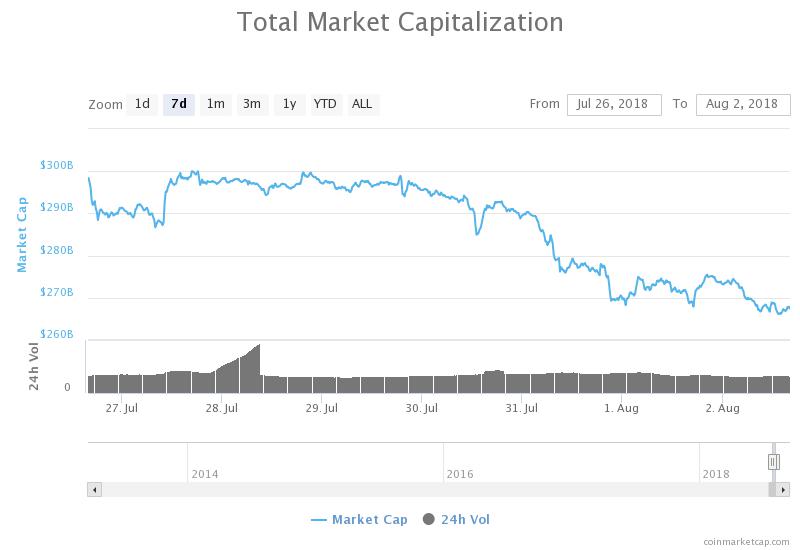 Bitcoin is steadily displacing altcoins from the market, reaching over 48 percent of total market cap dominance. 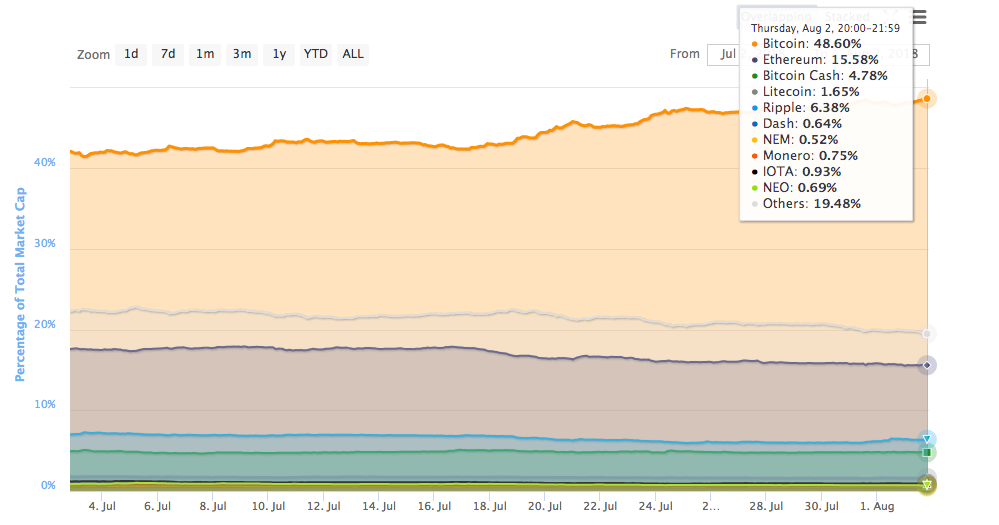 VeChain (VEN) has suffered the most losses over the past 24 hours among the top 20 coins following the recent launch of its own mainnet and mobile wallet. The coin has lost almost 11 percent and is trading at $1.76 at press time, down almost 23 percent over the past week.

While Bitcoin Cash (BCH) is seeing losses around 2.5 percent today, the number of BCH transactions has surpassed the amount of Bitcoin transactions for the first time. Yesterday, BCH celebrated its first birthday, following a hard fork from Bitcoin’s blockchain on August 1 last year.

Earlier today, payments service Square reported over $70 million in Bitcoin revenues in the first half of 2018. The firm’s revenues from crypto have grown by $37 million in Q2 2018 compared to $34 million in the first quarter. Bitcoin trading launched on its app in November 2017.