Research from Chainalysis indicates that only 1.3% of economic transactions for bitcoin came from merchants in the first four months of 2019.

Research from United States-based blockchain intelligence firm Chainalysis indicates that only 1.3% of economic transactions for bitcoin (BTC) came from merchants in the first four months of 2019. The news was reported by Bloomberg on May 31.

The low figure is ostensibly symptomatic of a speculative trend that Bloomberg suggests is preventing the cryptocurrency from being adopted for payments: as bitcoin continues to see significant volatility and renewed valuation gains, its nature as a speculative asset purportely disincentivizes users from using it as a unit for spending.

Accumulation — or HODLing, as the industry acronym goes — thus appears to be in direct conflict with the cryptocurrency’s future as a replacement for fiat currencies. In an email to Bloomberg, Kim Grauer, a senior economist at the firm, proposed that:

"Bitcoin economic activity continues to be dominated by exchange trading. This suggests Bitcoin’s top use case remains speculative, and the mainstream use of Bitcoin for everyday purchases is not yet a reality." 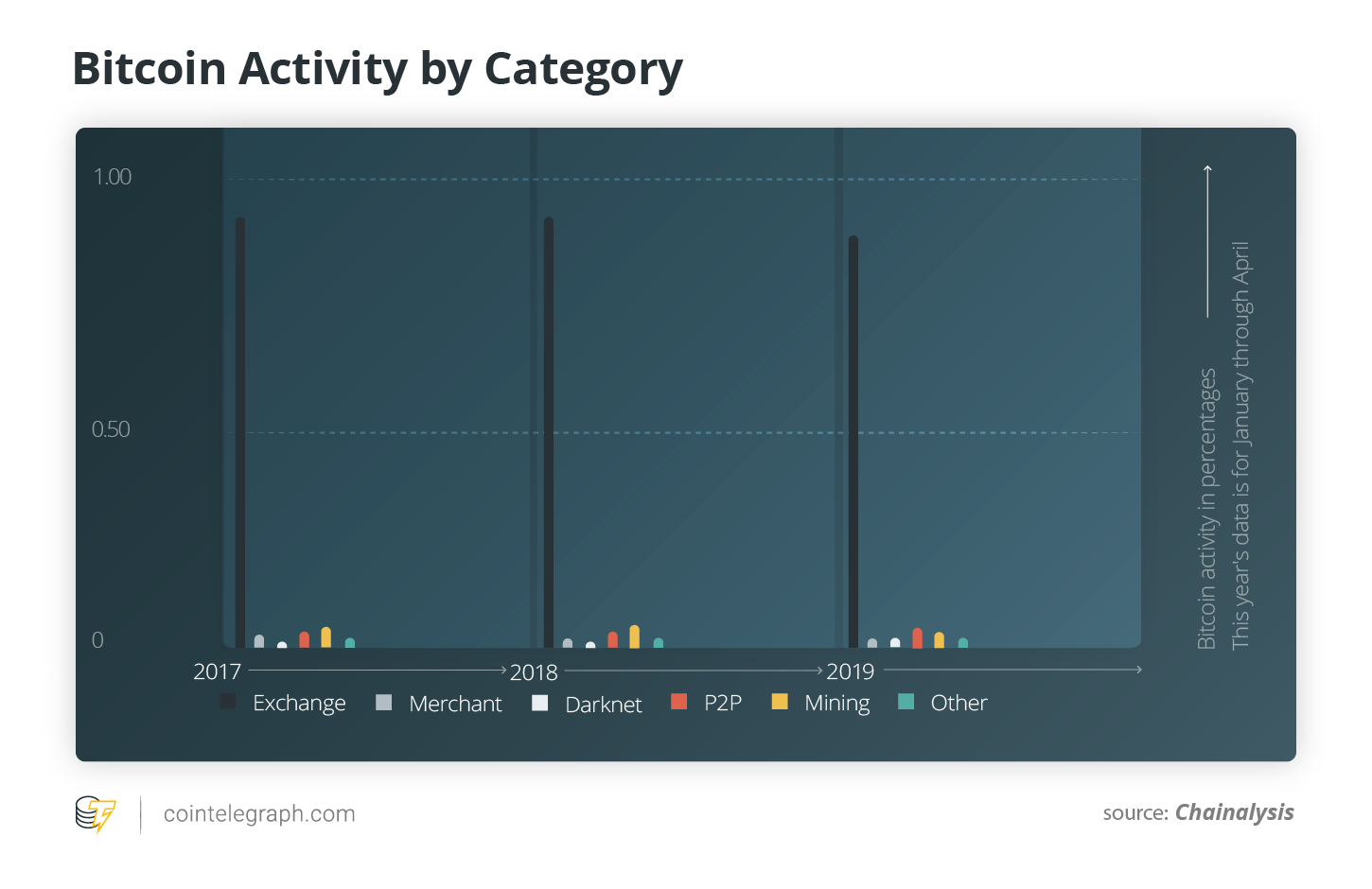 As part of its dataset, Chainalysis reportedly monitors crypto payment service providers such as BitPay, which reportedly processed $1 billion for merchant in both 2017 and 2018.

Chainalysis’ data shows that merchant activity for bitcoin peaks during a crypto market bull run — as in late 2017, when merchant services hit a high of 1.5% of total bitcoin activity, before dropping to 0.9% in 2018 during the bear market and then rising again during this year’s recovery. BitPay CCO Sonny Singh told Bloomberg the firm had observed the same trend.

Between January and April of this year, exchange-related transactions nonetheless continued to account for 89.7% of all bitcoin activity — down just a fraction from 91.9% for the whole of 2018, Chainalysis’ data indicates.