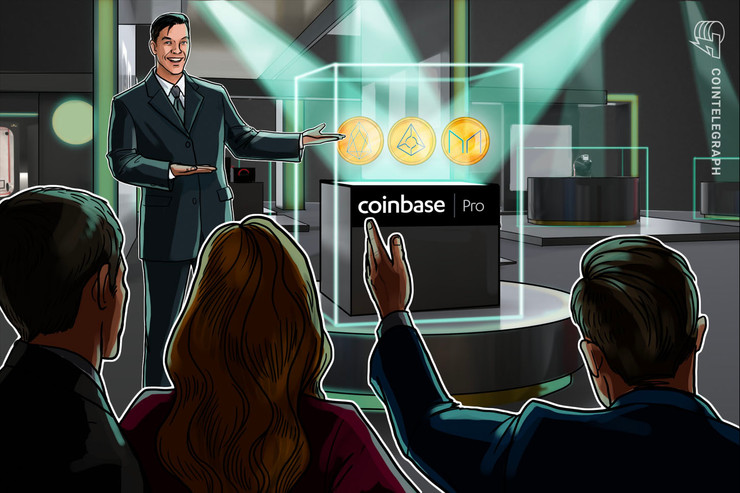 Coinbase Pro, the professional offering of major American crypto exchange and wallet service Coinbase, has added support for EOS (EOS), Augur (REP) and Maker (MKR). The development was announced in a blog post on April 8.

The post states that the platform now accepts inbound transfers of EOS, REP and MKR, and will be accepting deposits for at least 12 hours before enabling trading. Trading on order books will be available once sufficient liquidity is established.

In the post, the company notes that Coinbase Pro will add support for EOS and REP in all jurisdictions, except New York state, while MKR will be available in all supported jurisdictions outside the United States.

The EOS network supports the development of decentralized apps and is seen by many as a challenger to the Ethereum network. According to recent reports, the token has been gaining ground as more developers switch to EOS.

REP — Augur’s Reputation token — is the cryptocurrency underlying open-source, decentralized prediction market platform Augur. REP is designed for reporting and disputing the outcome events on online prediction markets. At press time, REP is trading at around $21.68, having gained over one percent on the day.

MKR is an Ethereum-backed token, that describes itself as “a utility token, governance token, and recapitalization resource of the Maker system.” MKR is the 19th top cryptocurrency on the CoinMarketCap’s list and is trading at around $713.40. The coin has lost 7.18 percent over the past 24 hours.

Recently, Coinbase Pro also added support for Stellar Lumens (XLM) and Ripple (XRP), which were soon expanded to its retail offering Coinbase.com and its trading app for Android and iOS.

Earlier in April, Coinbase expanded into cross-border payments. The exchange’s customers can now transfer funds to any user with a Coinbase account around the world using XRP and the exchange’s stablecoin USDCoin (USDC) with no fee. The development reportedly enables users to send and receive money instantly, as well as convert them into local currency.