After a period of tumult, the crypto markets are today somewhat calmer, with most of the top ten cryptos seeing only mild losses.

Thursday, Nov. 22: after a period of tumult, the crypto markets are today somewhat calmer, with most of the top ten cryptocurrencies seeing only mild losses capped beneath a 3 percent range. A scattering of top twenty coins are even tipping into green, as data from Coin360 shows. 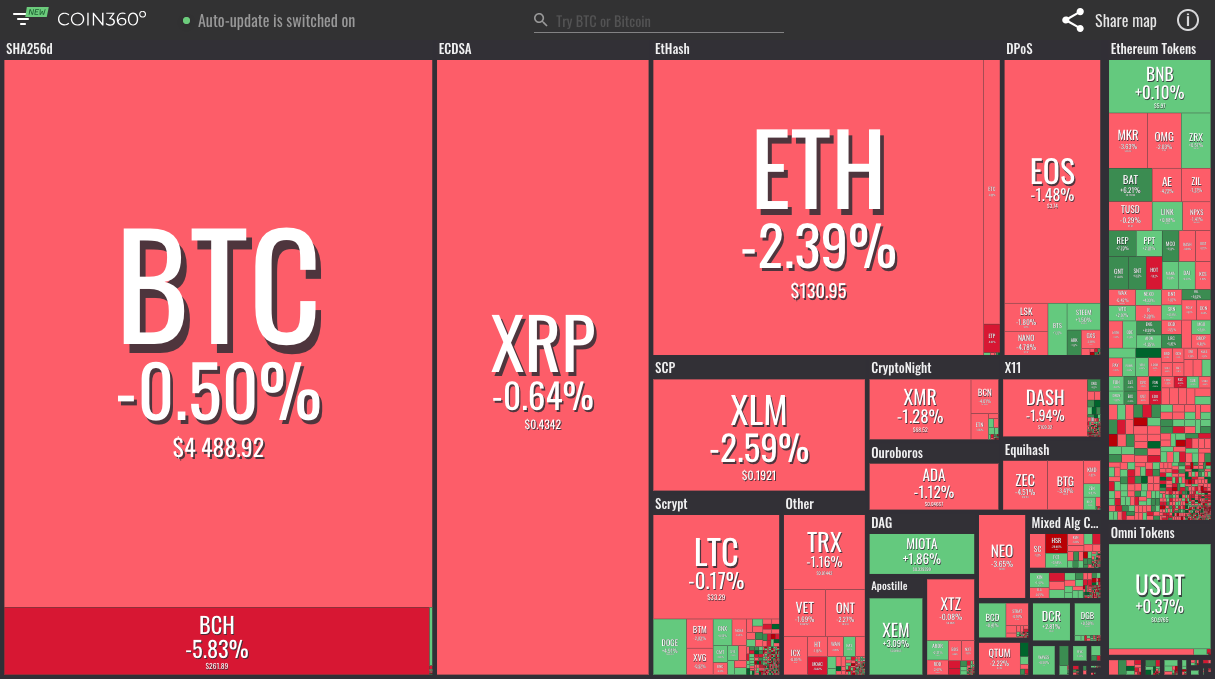 On the week, Bitcoin is almost 18 percent in the red; monthly losses are at a grim 30.6 percent, according to CoinMarketCap. 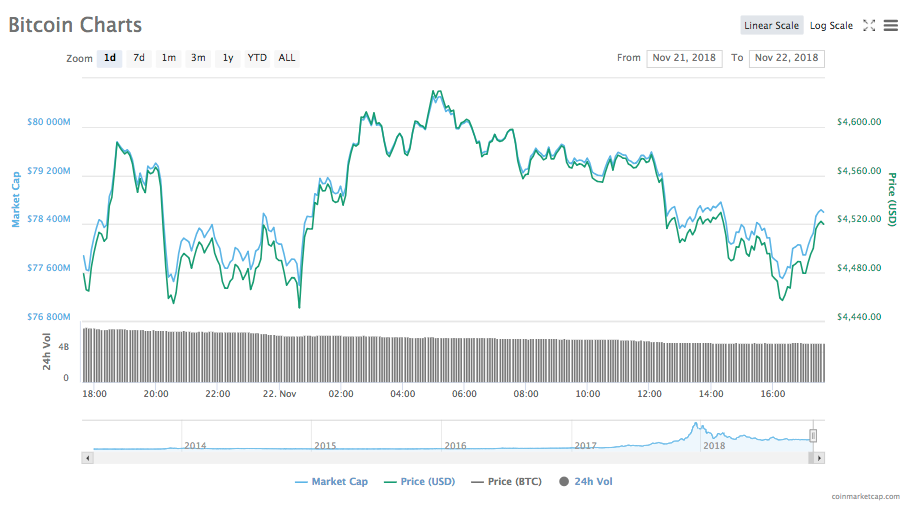 The now second-largest ranked crypto asset, Ripple (XRP), is down 0.3 percent on the day, trading at $0.44 to press time. Today, with a market share of $17.6 billion — as compared with Ethereum (ETH)’s $13.6 billion — the alt is holding on to its margin ahead of the latter.

On the week, Ripple is 1.5 percent in the red, with monthly losses at around 2.7 percent. 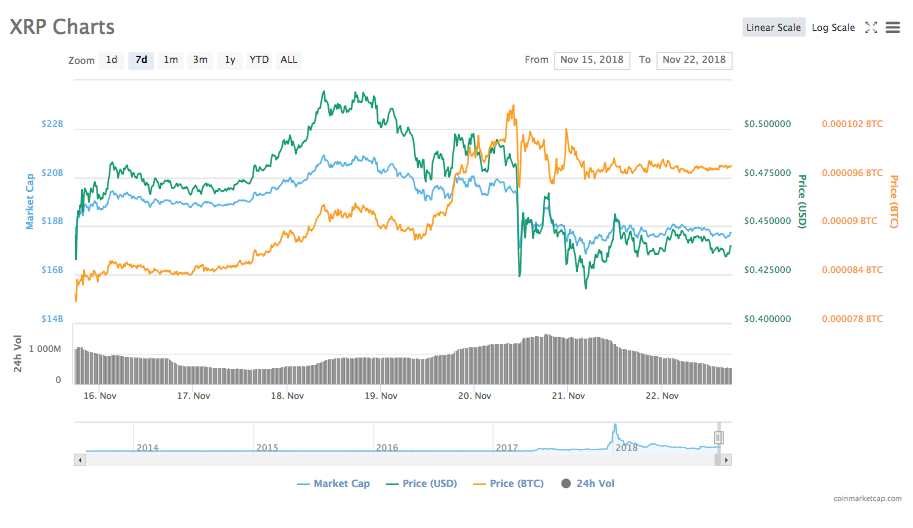 Ethereum (ETH) has continued to shed value and is down 2.65 percent on the day to trade at $131.75. The asset’s decline on the week has brought it to almost 23 percent in the red; monthly losses are pushing 36 percent. 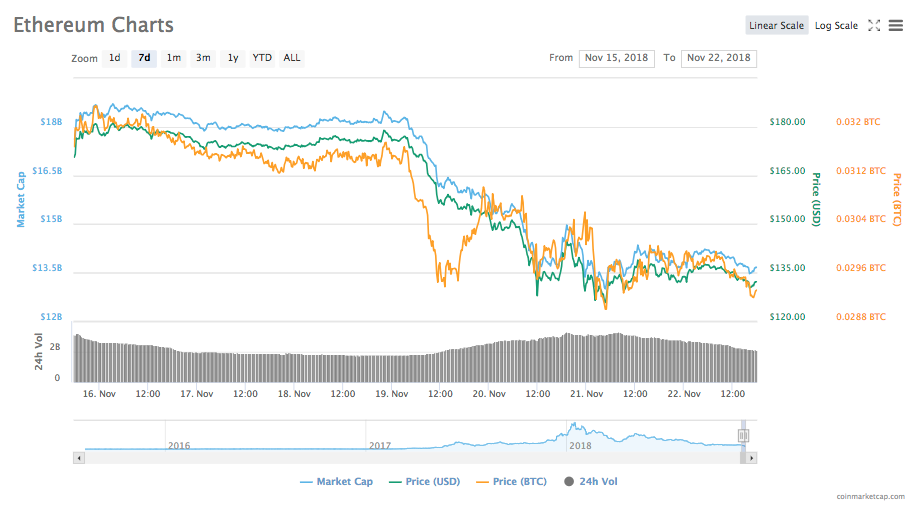 Most of the remaining top ten coins on CoinMarketCap are seeing losses of below 3 percent, with the notable exception of Bitcoin Cash (BCH), which is down 5.8 percent to trade at $220.62 — a 49 percent devaluation on the month, due to the fallout of its controversial hard fork Nov. 15.

Recently, it has emerged that U.S. cryptocurrency exchange and wallet provider Coinbase will face a court hearing over alleged insider trading of Bitcoin Cash (BCH) back in 2017, a case which had previously been dismissed in October.

The remaining coins in the top twenty by market cap are mixed red and green, with the largest positive momentum for NEM (XEM) — seeing 3.5 percent growth on the day at $0.08 — and the heftiest losses hitting privacy-focused alt, Zcash (ZEC), which is down 4.3 percent at $82.2.

Total market capitalization of all cryptocurrencies is around $147 billion as of press time, down from an intraweek high at $187 billion Nov. 19.

Amid the current crypto market picture, Lou Kerner, a partner at venture capital firm CryptoOracle, yesterday compared the current situation with the dot-com bubble collapse in the early 2000s. Kerner recalled that during that era “Amazon, arguably one of the greatest companies in the history of the mankind, was down over 95 percent over two years,” and reminded crypto traders that today’s volatility pales in comparison with Bitcoin’s price swings in 2013.