A turbulent time for cryptocurrency markets has seen Bitcoin Cash almost lose half its value and Bitcoin set 13-month lows.

A “panicked” twenty-four hours in cryptocurrency markets saw Bitcoin (BTC) hit fresh lows not seen in over a year Nov. 20 as assets across the board shed millions.

Data from Cointelegraph’s price tracker, Coin360, CoinMarketCap, and Bitcointicker captured frenetic activity into Tuesday as BTC/USD dropped up to 17 percent, at one point reaching $4,237. 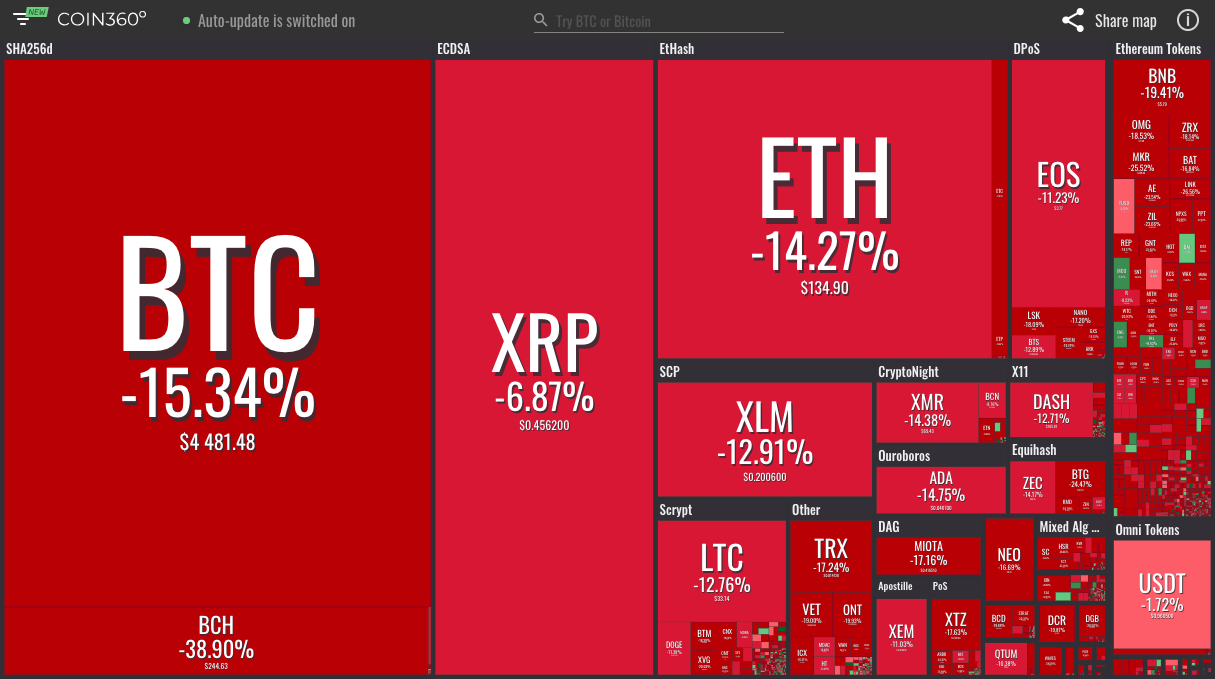 Bitcoin’s daily losses currently total 15.5 percent after a correction to around $4,500, while the situation remains highly volatile as the pair tests new resistance levels. 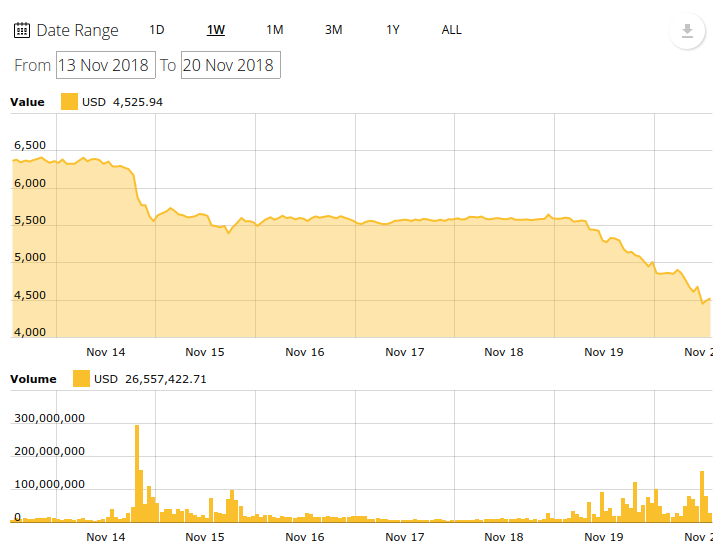 The events mark a continuation of the unsettled conditions sparked Nov. 15 when altcoin Bitcoin Cash (BCH) experienced a contentious hard fork, which has since resulted in the emergence of two separate competing chains.

While BCH initially held onto much of its value, the 24 hours to press time saw a U-turn for investors, BCH/USD shedding almost 40 percent to test support at $200.

While BCH firmly took the lead as the worst performer of the top twenty cryptoassets, others also suffered heavy losses. 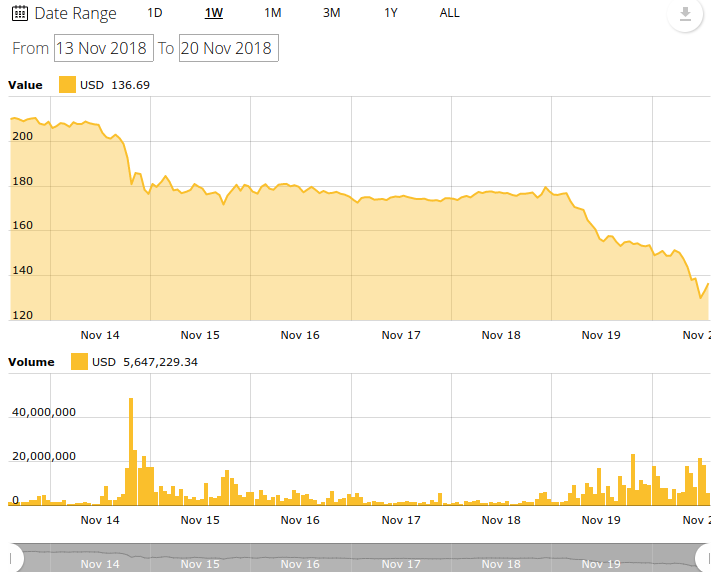 Elsewhere, multiple assets lost in excess of 17 percent on the day, while Tezos (XTZ) and Binance Coin (BNB) shed almost 20 percent. Even stablecoin Tether (USDT) is currently down about 2 percent over a 24 hour period.

While commentators took a broadly pragmatic approach to the downturn, talk on social media has nonetheless returned to the topic of when BTC in particular will “botto”’ in USD terms.

Various sources continue to claim that major support lies around $4,000, while if this is broken, $3,000 should mark a definitive barrier. 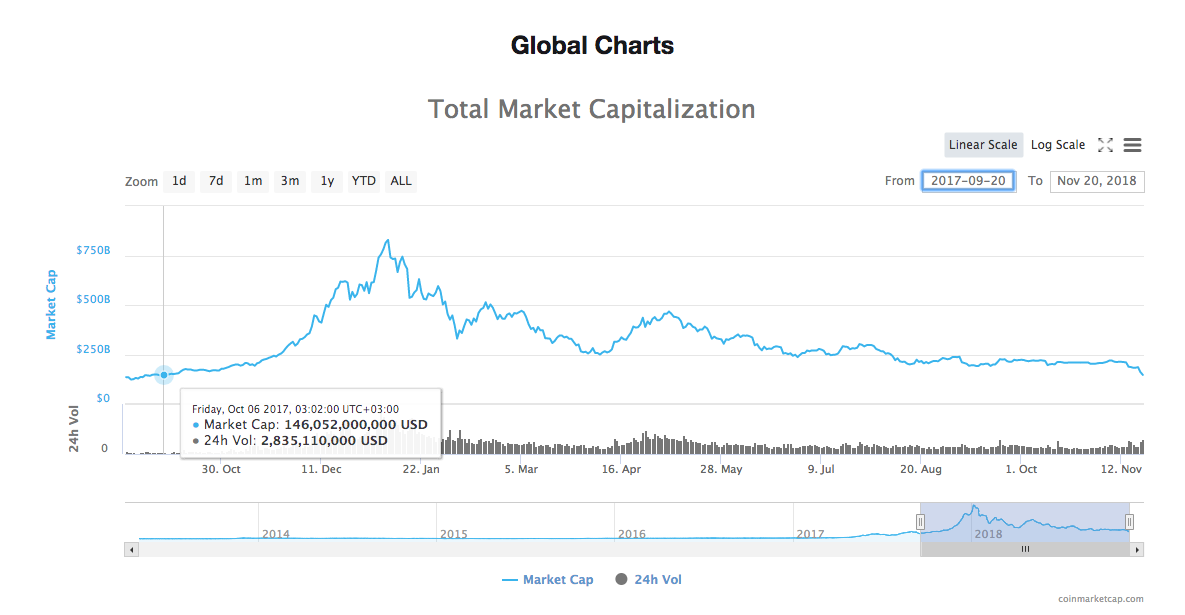