Bitcoin jumps 7 percent in daily trading, as many altcoins skyrocket in tandem.

Cryptocurrency markets continued their push back into the black on Dec. 24 as Ethereum (ETH) and Ripple (XRP) took turns at giving altcoin investors a timely Christmas present.

Data from Cointelegraph’s price tracker and Coin360 shows a return to form across the top twenty crypto assets by market cap, ETH/USD gaining almost 17 percent in the past 24 hours and XRP/USD gaining 15 percent.

Prices across major exchanges circled $149 and $0.42 for ETH and XRP respectively. 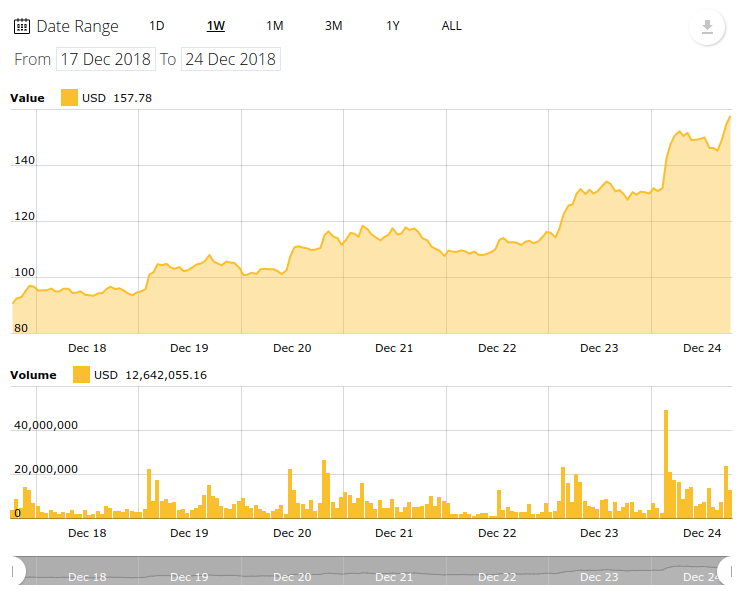 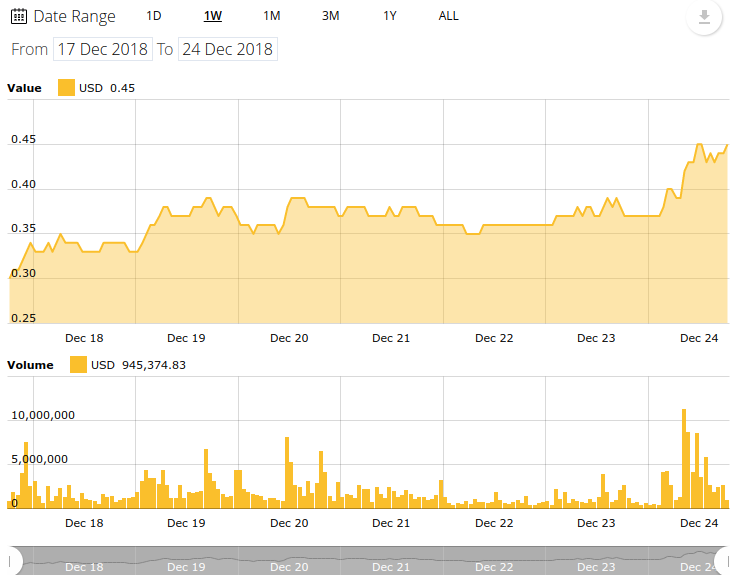 The two largest altcoins appear to be following in the footsteps of Bitcoin Cash (BCH), which in recent days has almost trebled in USD value. 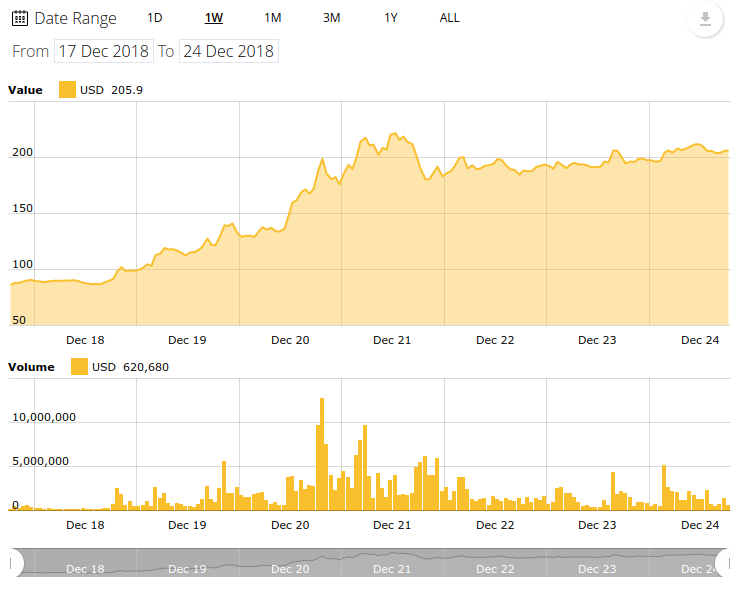 While Ethereum’s rise was not immediately attributed to a specific factor, XRP had seemingly reacted within minutes to news that crypto exchange Binance was launching two trading pairs using the coin as a base currency.

“The 60% layoff and 90% price drop is just the beginning,” he wrote on Twitter, urging traders not to “go down with the ship.”

At press time, Bitcoin (BTC)/USD was maintaining a steadily increasing trajectory, gaining 3 percent on the day to cap weekly gains of almost 28 percent. 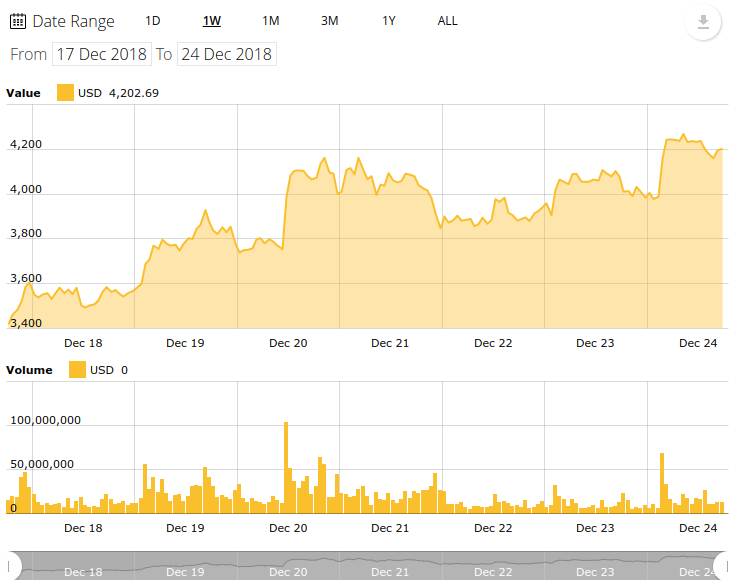 The largest cryptocurrency has managed to stay above support at $4,000 since late Saturday.

On Thursday, the Bitcoin network posted the highest ever daily volumes in its history at 2,266,735 BTC ($9.54 billion), research showed.