More and more crypto companies are taking the route of a reverse IPO, but will it pay off?

In a transaction that has all the hallmarks of a reverse initial public offering (IPO) — also called a reverse merger — OKC Holdings Corp., which is the parent company of OKCoin and OKEx (the world’s second-largest cryptocurrency exchange by trading volume) bought a controlling share in Leap Holdings Group on Jan. 14.

The transaction is only one in a string of cryptocurrency exchanges and other crypto-related companies that have followed this backdoor strategy to getting listed on a traditional stock exchanges.

At the time, Sandy Peng, a partner at Fission Capital, a blockchain services provider platform that participated in the transaction, stated that it was a “straight-forward acquisition” in an apparent attempt to detract from the fact that it was a reverse merger.

“Fission [has] years of experience in the HK Capital market. We participated in this acquisition alongside Huobi [and] believe [in] Huobi’s rich experience in this sector. The institutional and regulated international platform this new vehicle creates will be the ideal launchpad for any international and institution-related businesses that Huobi may decide to explore in the future.”

On Jan. 22, Blockchain Industries, a publicly traded company in the United States, announced they had signed a letter of intent with Singapore-based holding company BTHMB (renamed Blockchain Exchange Alliance).

Blockchain Exchange Alliance bought a controlling share in BitHumb Holdings, which owns the Seoul-based exchange BitHumb. Although CoinMarketCap lists the exchange as number 214 by trade volume, a November 2018 report by CryptoCompare listed it at as number one by average 24-hour volume.

The goal of a private company entering into a reverse merger is to get listed on an exchange — i.e., to go public — without going through the complexities and regulatory intricacies of an official IPO. In order to do that, the private company buys a controlling share in a listed company. Once the transaction is complete, the private company has effectively become a publicly traded company. 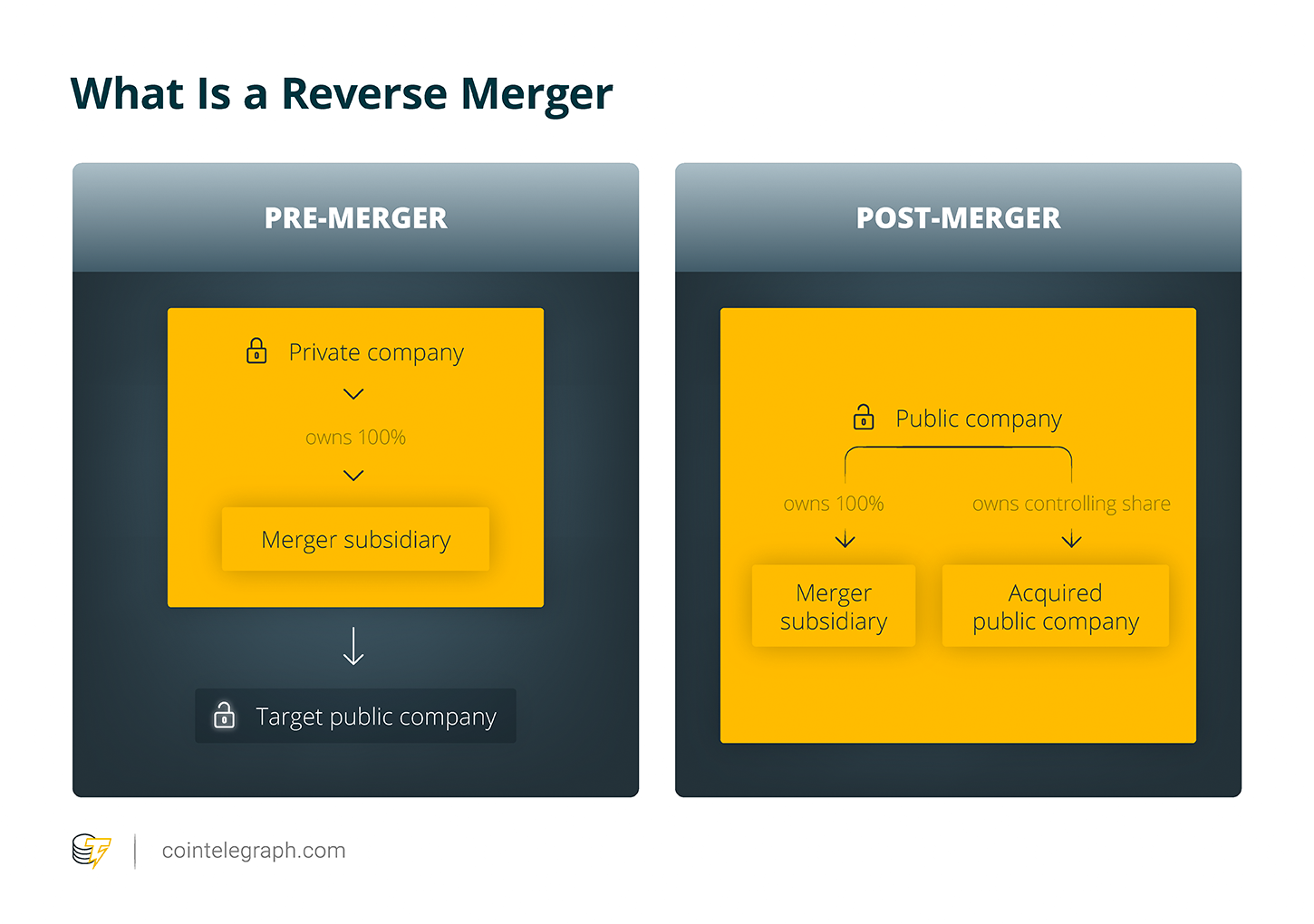 The benefits of a reverse IPO for crypto companies

Getting listed through a reverse merger is much cheaper and a lot quicker than the traditional IPO path. A reverse IPO can be completed in as little 30 days, while it is not uncommon for a normal IPO to take up to one calendar year, or even longer. Private companies that want to go public go through intense regulatory scrutiny as they look to raise capital from their public share sale. There are no public share sales in a reverse merger, so the process is much simpler from a regulatory standpoint.

For crypto companies specifically, a reverse IPO gives them access to additional avenues of funding. Although they don’t get any funding directly from the merger, once they go public, they are exposed to the capital markets that make their shares instantly more liquid.

This is a good strategy in the current crypto bear market, which has seen funds raised from initial coin offerings (ICOs) drop sharply during the second half of 2018. 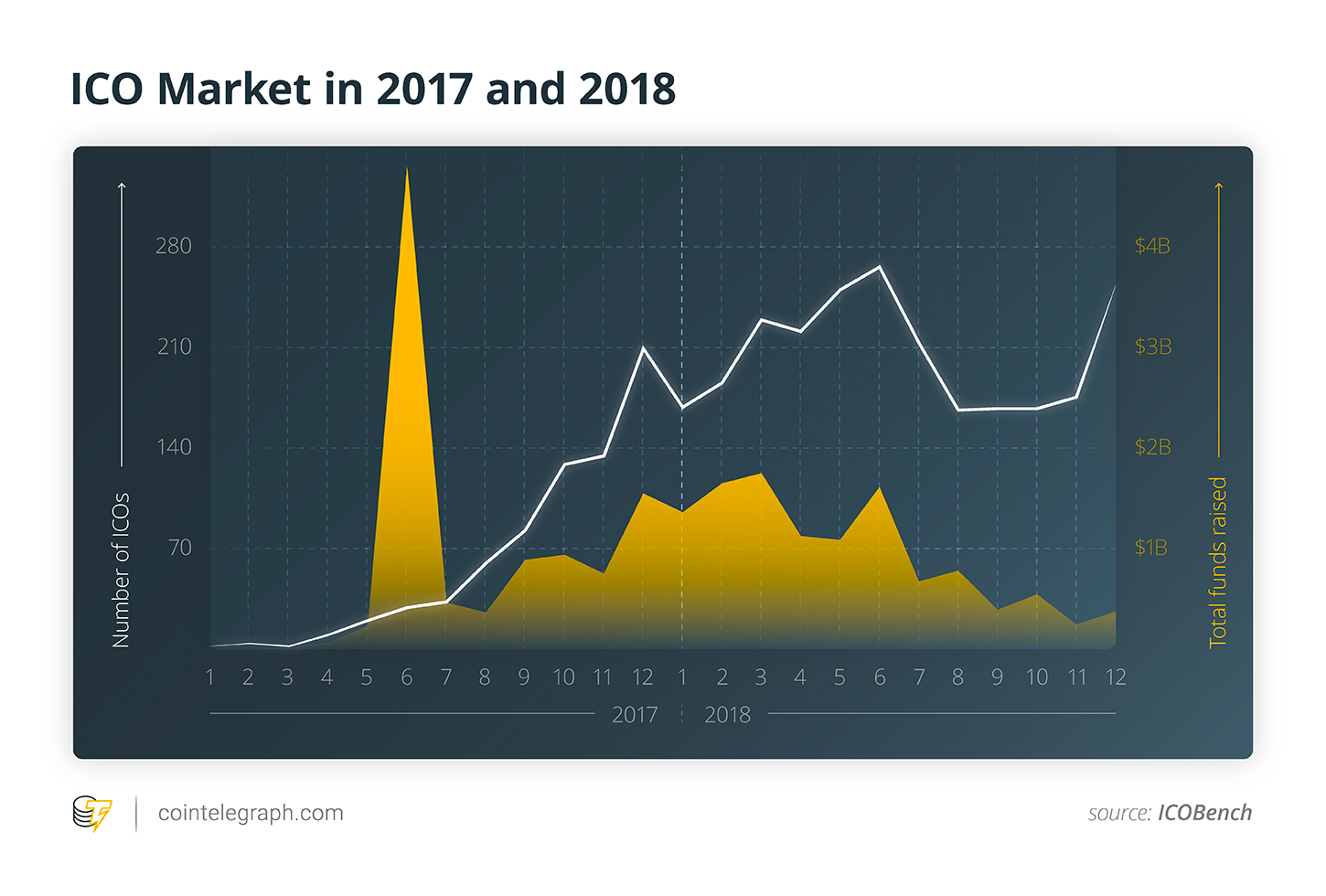 The company is not looking to raise instant capital, so the process is less dependent on current market conditions. However, the increased liquidity brings more options for long-term funding through secondary offerings, mergers and acquisitions, and increased share prices that comes with trading at higher multiples.

A public listing could also attract more institutional investors. They crave more transparency, and a reverse IPO would raise the crypto company’s profile in their eyes by becoming public. Some institutional investors might also be interested in the crypto market but don’t necessarily want to open a different trading account to get access to it. A listed crypto company would, therefore, make it easier for them to invest through the channels that they are already used to.

Finally, a reverse merger can help a crypto company gain access to a different market by acquiring a controlling share in a shell company that is located in a different country. Again, this is beneficial if the organization is established in a country where regulators are pushing back on IPO applications from crypto companies, as is the case in Hong Kong.

Three of the world’s biggest manufacturers of cryptocurrency mining rigs — Bitmain Technologies, Canaan Creative and Ebang International Holdings — have all logged IPO applications to get listed on the HKEX. None of them have yet been approved, with HKEX’s chief executive, Charles Li Xiaojia, citing volatility, the absence of regulation and inconsistency in business offerings as the main reasons:

“If a company made billions of U.S. dollars through Business A, but suddenly said it will do Business B without showing any performance, or said Business B is better, then I don’t think the Business A featured in their application will be sustainable.”

However, Argo Mining, a smaller cryptocurrency mining subscription company, successfully applied for an IPO on the London Stock Exchange (LSE) in August 2018. They raised 25 million British pounds (close to $33 million) in their public offering, with a firm valuation of 47 million pounds (around $61.5 million) directly after the IPO. 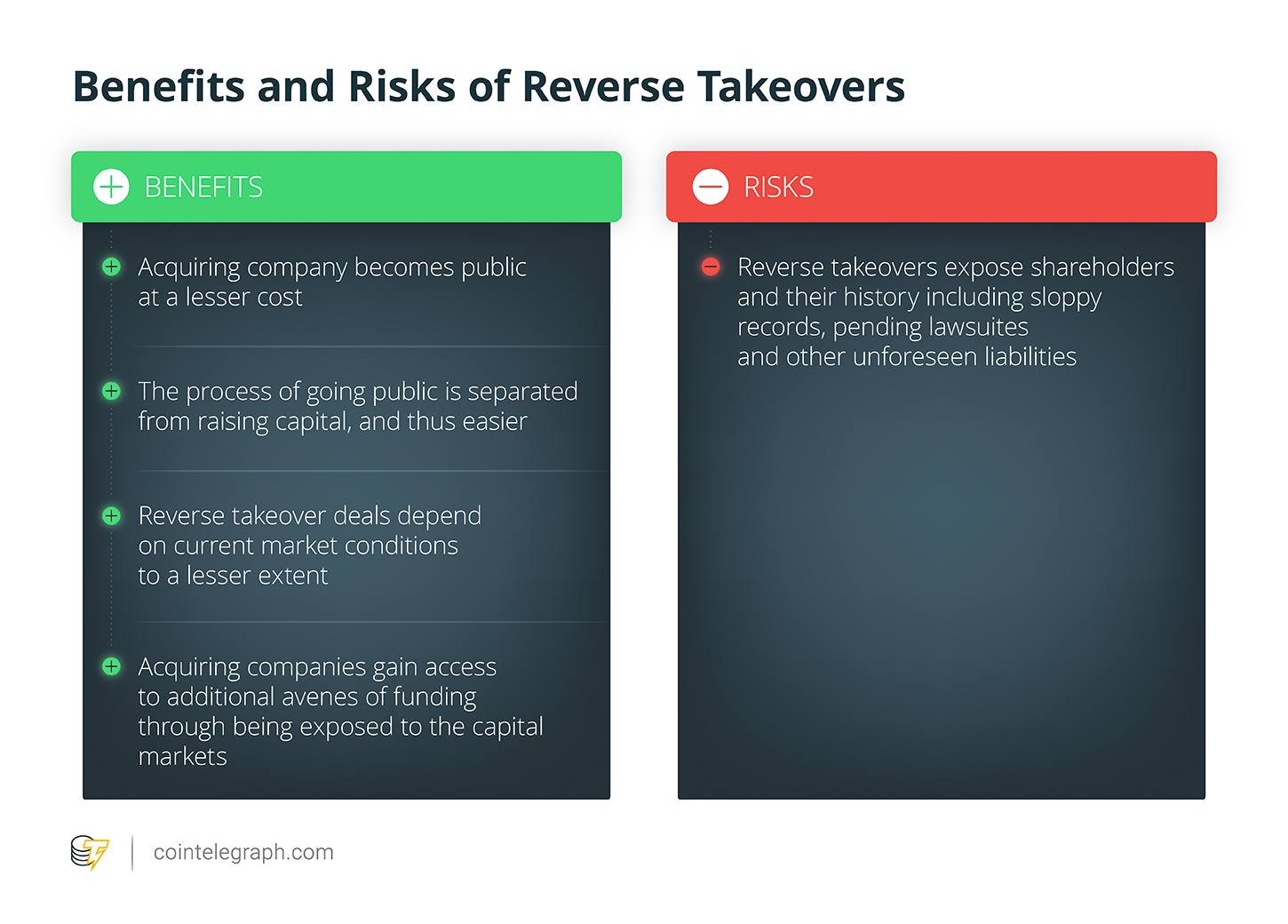 Beneficial in theory, but will it pay off?

In theory, there are many benefits for crypto companies to take this backdoor listing strategy, especially in a bear market. But its effectiveness to be profitable in reality will depend on factors unique to each case, many of which relate to the status, financial health and investor perception of the public shell company that it is invested into.

If we just look at the performance of the reverse IPO mentioned above, the numbers would suggest that the strategy is not paying off as of yet, although these are by no means the only blockchain and crypto-related companies that have followed the backdoor listing process.