Bitcoin continues to trade near $8,000, with other top 20 cryptocurrencies reporting mixed signals.

Tuesday, May 14 —  Yesterday’s rally in cryptocurrency markets has slowed, with the top 20 coins by market capitalization reporting mixed signals, according to Coin360.

After breaking the $8,000 threshold yesterday, the leading cryptocurrency bitcoin (BTC) has been holding its ground, having gained 2.85% over the past 24 hours and is trading at $8,004 at press time.

As reported earlier today, the bitcoin mining hashrate is becoming more distributed among mining pools. “While the distribution of hash power is certainly better geared against coordinated attacks, the number of pools continue to dwindle. To date, versus the start of 2018, 40% of the pools have now shut down,” crypto research firm Diar states. 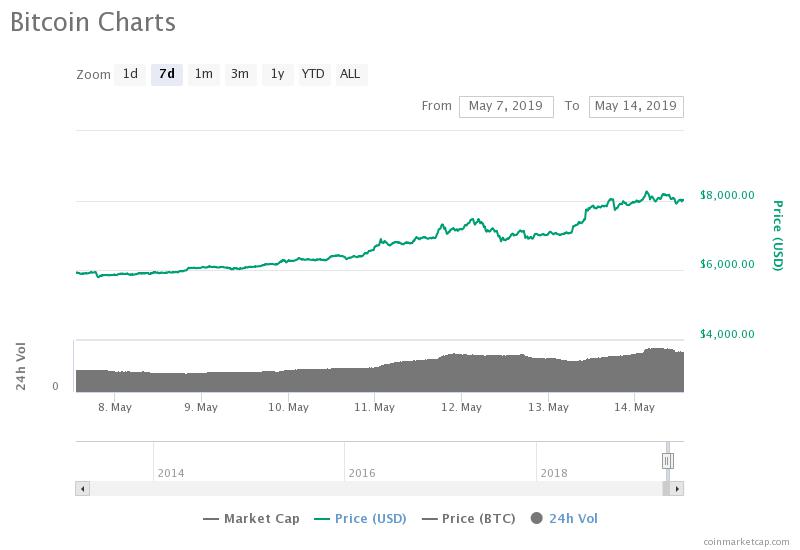 The second largest coin ether (ETH) is seeing slightly more daily gains, up over 3% to trade at $207.90 at press time. Over the week, the altcoin’s price has increased by 19.62%. 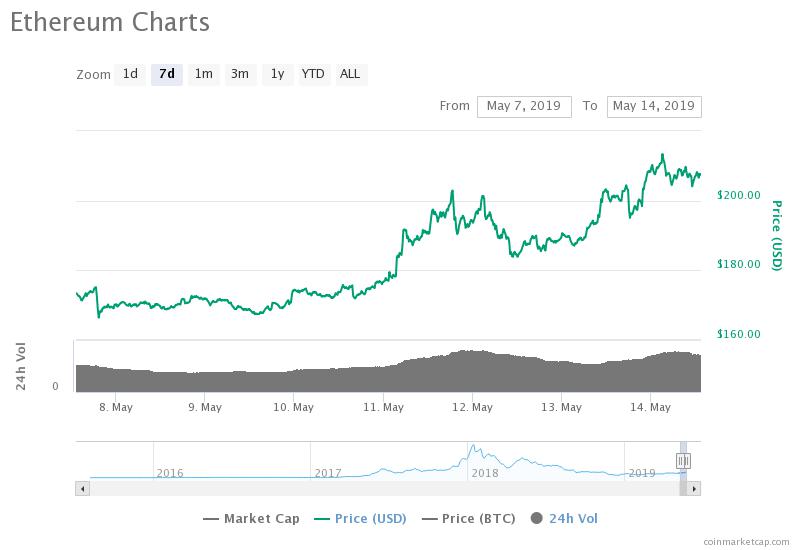 Ripple (XRP), has posted massive gains of 21.70% on the day and is trading at $0.399 at press time. The coin’s price surge follows the news that United States major crypto exchange Coinbase rolled out XRP support for its New York users, as well as the announcement that German exchange Boerse Stuttgart had launched a dedicated exchange-traded note for both XRP and litecoin (LTC). 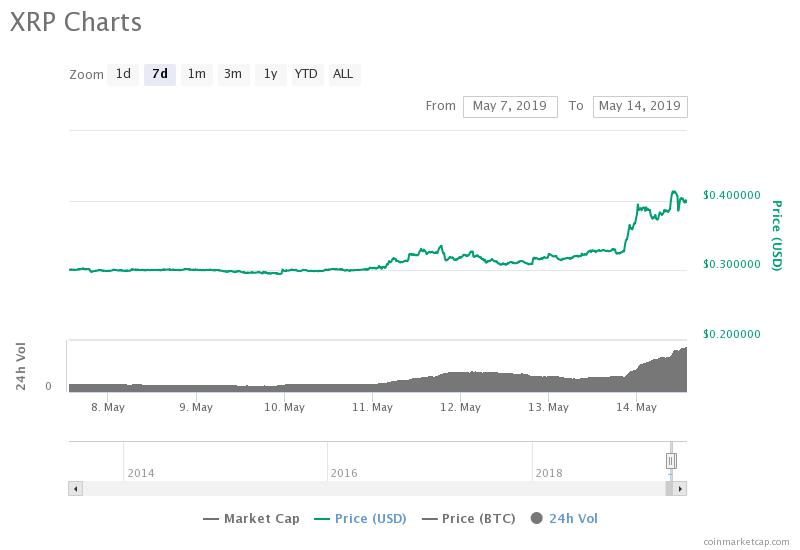 Total market capitalization of all cryptocurrencies is around $236 billion at press time, with $226.5 billion and $244.7 billion as the lowest and highest price points on the day. 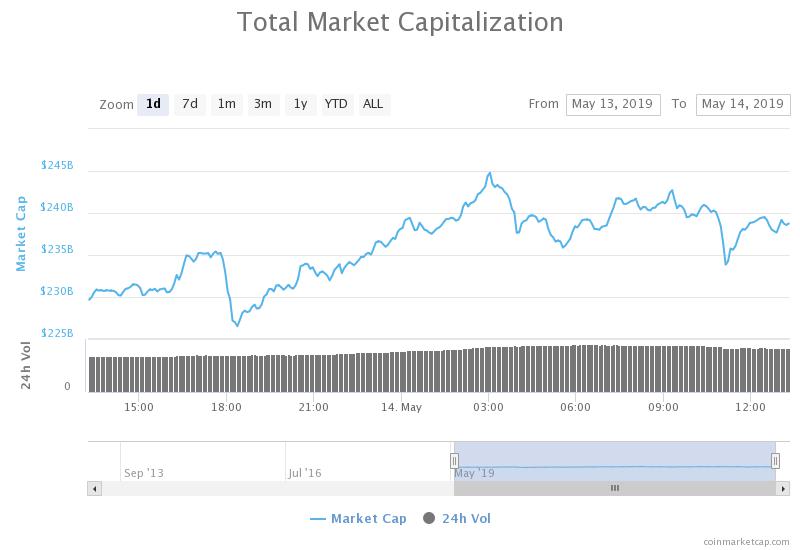