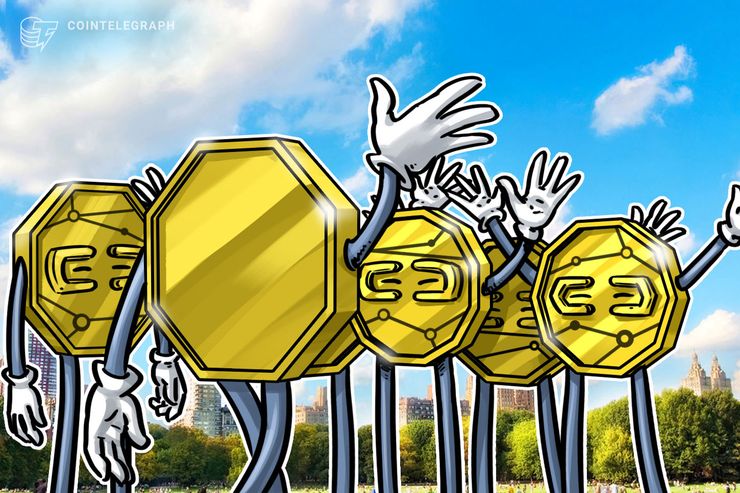 The third top crypto exchange by market cap, OKEx, has recently announced the listings of four stablecoins at once, according to an official blog post published on Monday, Oct. 15.

OKEx has added support for four stablecoins, including TrueUSD (TUSD), USD Coin (USDC), Gemini Dollar (GUSD), and Paxos Standard Token (PAX). According to the schedule mentioned in the statement, the stablecoins have become available for deposits today, at 5:00 p.m. on Hong Kong Time (HKG), with a number of crypto trading pairs. Withdrawal will be available starting tomorrow, Oct.16.

TrueUSD is the second stablecoin that has been introduced following the launch of controversial stablecoin Tether (USDT), which is backed by the U.S. dollar on a 1:1 proportion. Both listed on major cryptocurrency exchanges like Binance, Bitfinex, OKEx, Huobi and HitBTC, the stablecoins are deployed on the Omni and Ethereum blockchain networks.

Based on tokenization platform TrustToken, TrueUSD has been touted as “world’s first legally backed stablecoin,” and went live on the Bittrex crypto exchange in March 2018.

Backed 1:1 by the dollar, the Ethereum (ETH) blockchain-based stablecoin Paxos Standard Token was launched by Paxos and described as a “fiduciary and qualified custodian of customer funds.”

The last stablecoin listed on OKEx is the recently launched USD Coin, announced by crypto finance company Circle on Sept. 26, with listings available on major exchanges such as Circle’s Poloniex, Huobi, OKCoin, KuCoin, and digital wallet and exchange Coinbase.

As a part of the fast-growing blockchain and crypto industry, the stablecoin niche has recently seen an onslaught of new coins. On Oct. 9, Japanese internet giant GMO Internet confirmed its plans to launch a crypto stablecoin pegged to the Japanese yen.

The world’s largest exchange Binance has recently frozen withdrawals of major stablecoin Tether. According data acquired by crypto media The Block, the maintenance occured due to “increase the speed of withdrawals amidst heightened volume,” taking 30 minutes to fix and reopen Tether withdrawals.