The move ended a week of little action for Bitcoin, which had managed to preserve support above the $3,500 barrier.

Monday, January 28 — Bitcoin (BTC) lost 3 percent and altcoins shed up to one tenth of their value as bearish moves returned to cryptocurrency markets.

Data from Cointelegraph’s price tracker and Coin360 shows a downtrend at the start of the week, with BTC/USD losing support at $3,500.

A sudden dip ended what had been a quiet week for the pair, which had remained range bound between $3,500 and $3,670.

At press time on Monday, Bitcoin hovered around $3,460, its lowest price since Dec. 16. 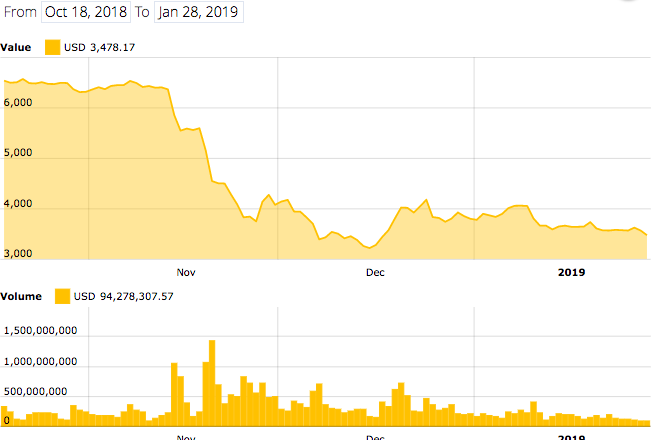 While no single event appeared to trigger the losses, analysts had long called for further downsides for Bitcoin, with Cointelegraph reporting on warnings from veteran forecaster Tone Vays during December’s lows which put put BTC/USD at $1,300.

Opinions remain split over Bitcoin’s likely performance in 2019. Mike Kayamori, CEO of cryptocurrency exchange Quoine, produced one of the industry’s more bullish forecasts for this year, claiming it would hit all-time highs above $20,000 before 2020.

In altcoin markets, following a common theme of mimicking and then expanding on Bitcoin trends, some assets in the top twenty by market cap fell sharply. 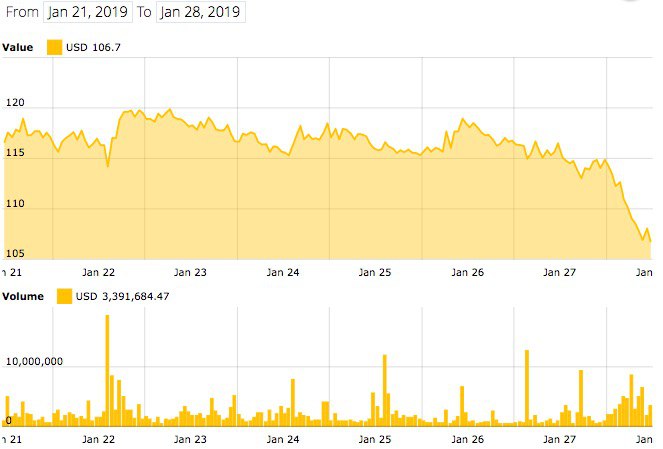 Bitcoin SV, the hard fork of BCH that traditionally traded inversely with BTC, failed to replicate its previous behavior, falling 9 percent to $66.80 — a two-month low.

Arthur Hayes, CEO of trading platform BitMEX, expects a reverse in fortunes for Ethereum as part of a renaissance of the initial coin offering (ICO) market. Once this begins, this year or next, ETH/BTC should return to $200 and higher, he told Cointelegraph.