The top 20 cryptocurrencies are reporting mixed movements on the day as Bitcoin hovers near the $5,100 mark.

Sunday, April 14 — the top 20 cryptocurrencies are reporting mixed movements on the day by press time, as Bitcoin (BTC) hovers near the $5,100 mark. 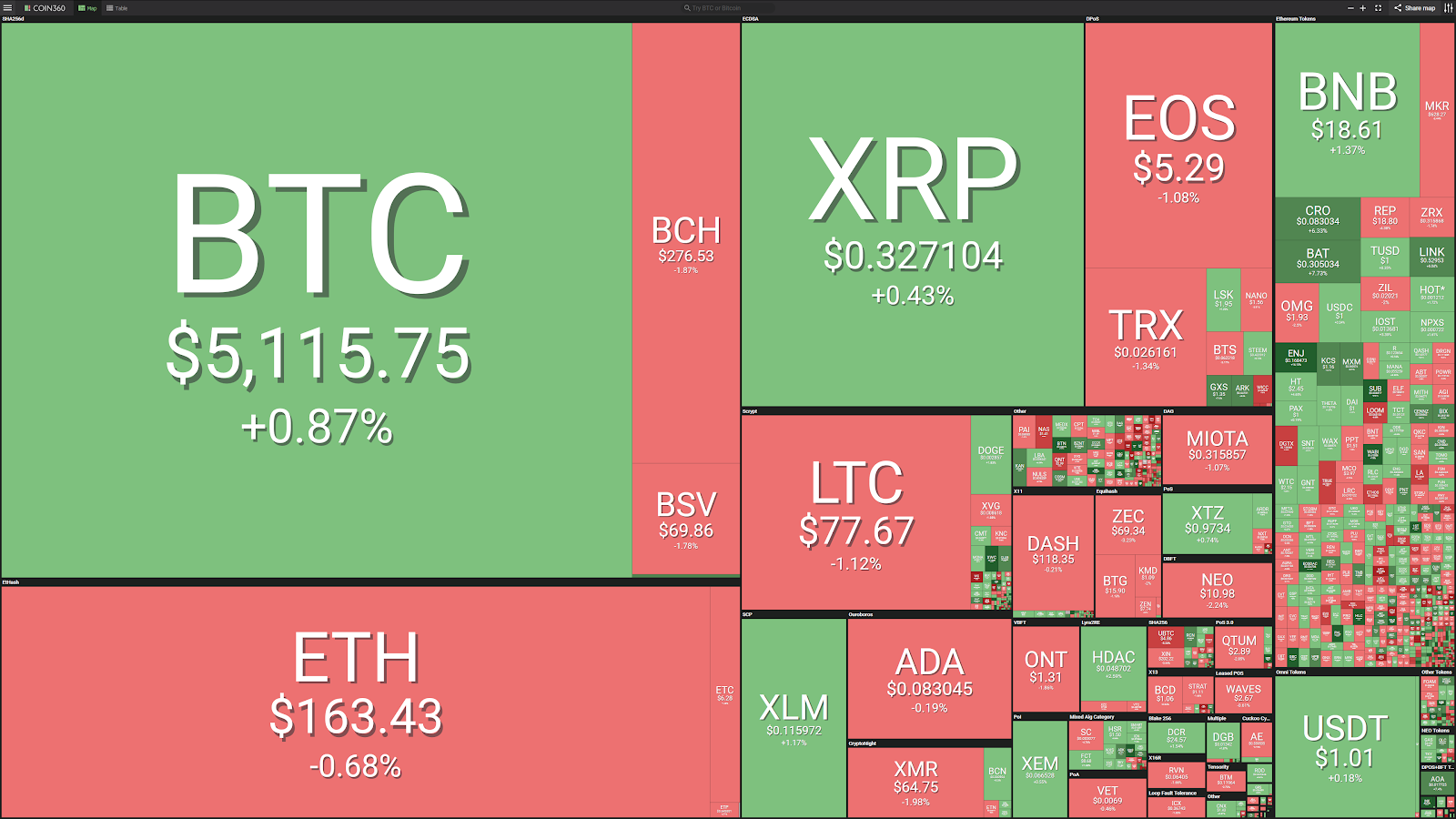 Bitcoin has seen nearly no change on the day, trading at around $5,098 by press time, according to CoinMarketCap. Looking at its weekly chart, the current price is also nearly a percent lower than the price at which Bitcoin started the week.

The overall institutional investment in Bitcoin futures on the Chicago Mercantile Exchange decreased this past week, according to data published by the United States Commodity Futures Trading Commission on April 9.

Ethereum (ETH) is holding onto its position as the largest altcoin by market cap, which is at about $17.3 billion. The second-largest altcoin, Ripple (XRP), has a market cap of about $13.6 billion by press time.

ETH has seen almost no change over the last 24 hours, down a fraction of a percent. At press time, ETH is trading around $164. On the week, the coin has also seen its value fall by nearly two percent. Ethereum’s current price is also about 12% lower than $184, the mid-week high it reported on Monday.

Ethereum (ETH) core developers are considering implementing more frequent and smaller hard forks, according to the most recent developer’s call.

The price of the second-largest altcoin Ripple lost about half a percent over the 24 hours to press time, and is currently trading at around $0.325. Looking at the coin’s weekly chart, however, its current price is 9.5% lower than what it reported one week ago. This week, Cointelegraph reported that major Japanese bank Resona will withdraw from Ripple-powered blockchain payment project MoneyTap on May 13.

Among the top 20 cryptocurrencies, the only one reporting notable gains is Tezos (XTZ), which is up almost 10%.

The total market cap of all cryptocurrencies is currently equivalent to $173 billion, which is over three and a half percent lower than $179.3 billion, the value it reported one week ago.