Microsoft has registered a suite of apps using blockchain, IoT and AI to improve agricultural sector efficiency in Brazil 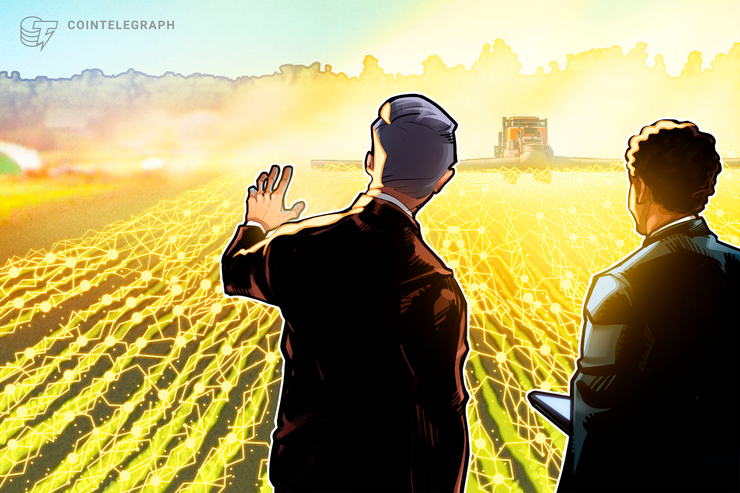 Microsoft has registered a suite of applications in Brazil that are designed to improve efficiency in the agriculture sector, according to an exclusive report by Cointelegraph Brazil on June 6.

The technology, known as FarmBeats, uses blockchain, drones, IoT, artificial intelligence and big data to improve productivity. It has already been rolled out on farms in the United States, India, New Zealand and Kenya, achieving a 30% reduction in water consumption.

Ranveer Chandra, the scientist who created FarmBeats, recently said that the agriculture sector had been left behind by the benefits big data, AI and blockchain can bring — even claiming that hunting had seen more digital transformation despite being a smaller industry. He told business and economy magazine Epoca Negocios:

“Brazil is one of the first countries that comes to mind when we think of agriculture. We developed FarmBeats so that its technology could be applied here and in other developing countries.”

The technology is regarded as crucial as farmers struggle to make a living while competing with a changing climate and growing demand for produce, Epoca Negocios writes. Chandra explains that production needs to increase by 70% in the next 30 years if global food requirements are going to be met.

The scientist has called on Brazil’s government to embrace the technology and subsidize it in a similar way to farming equipment and fertilizer. Besides helping farmers use resources more effectively, FarmBeats claims it can enhance accuracy and yield by delivering vital statistics about the temperature, moisture and nutrients in the soil.

Microsoft has made several forays into the blockchain world of late. Last month, the United States giant released the new Azure Blockchain Development Kit for the Ethereum blockchain — aiding developers who are building apps on the network.

Also in May, the company announced it was building a decentralized identity network using the Bitcoin network known as the Identity Overlay Network (ION.)