According to Lee, the “tide is changing” for both Bitcoin and emerging markets, following a prolonged downtrend.

Fundstrat’s Bitcoin (BTC) analyst Tom Lee has claimed that the cryptocurrency “could end the year explosively higher,” citing a correlation between it and emerging markets. Lee has made his new prediction in an interview during CNBC's "Trading Nation” show August 25.

The Head of Research at Fundstrat Global Advisors has said that he “still think[s] it’s possible” that Bitcoin’s price could surge to as high as $25,000 this year. Lee has based this assumption on the relationship between the price of BTC and BlackRock’s iShares MSCI Emerging Markets exchange-traded fund (ETF), which tracks large and mid-sized companies in emerging markets.

The “important correlation,” according to Lee, lies in the fact that both markets are running somewhat parallel to each other, with both having “really essentially peaked” in early 2018, as well as “both [having been] in a downward trend” from then on. 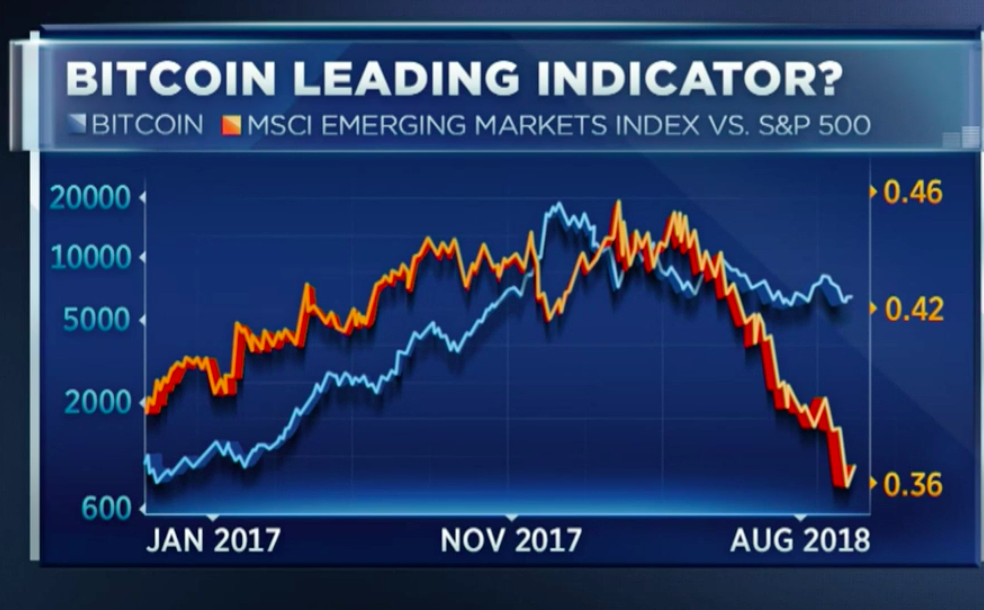 According to Lee, recent trading activity shows that hedge funds have stopped buying into funds tied to emerging markets due to market sell-off risks, which, in turn, leads to reduced purchases of Bitcoin.

As Lee believes, a change in direction in emerging markets would signal a similar change in Bitcoin’s trend:

"Until emerging markets begin to turn, I think in some ways that correlation is going to hold and tell us that sort of the risk on mentality is those buyers aren't buying bitcoin."

In the interview, Lee pointed out that the “tide is changing” for both Bitcoin and emerging markets, especially if the U.S. Federal Reserve slows down its interest rate hikes.

Earlier this month, Tom Lee said that Bitcoin cannot be considered “broken” for as long as it keeps the current levels of price and volatility. Back then, he cited the numbers shown by Fundstrat’s Bitcoin Misery Index (BMI), a tool which measures how “miserable” Bitcoin investors are, based on the cryptocurrency’s price and its volatility.