Crypto markets continue trading sideways, with 16 out of top 20 coins by market cap slightly down after yesterday’s growth.

Tuesday, Oct. 9: Crypto markets keep trading sideways, with almost all top 20 coins by market cap in the red after seeing some growth yesterday.

Bitcoin (BTC) is slightly down around 0.3 percent today, trading at $6,627 at press time. During the day, the major cryptocurrency dipped two dollars below the $6,600 threshold, and the intraday high amounted to $6,669. While markets continues to fluctuate in a mostly stagnant manner, Bitcoin is holding around 2 percent of weekly gains, as well as 5 percent gains over the past 30 days. Bitcoin’s dominance has been remaining almost flat within the day. 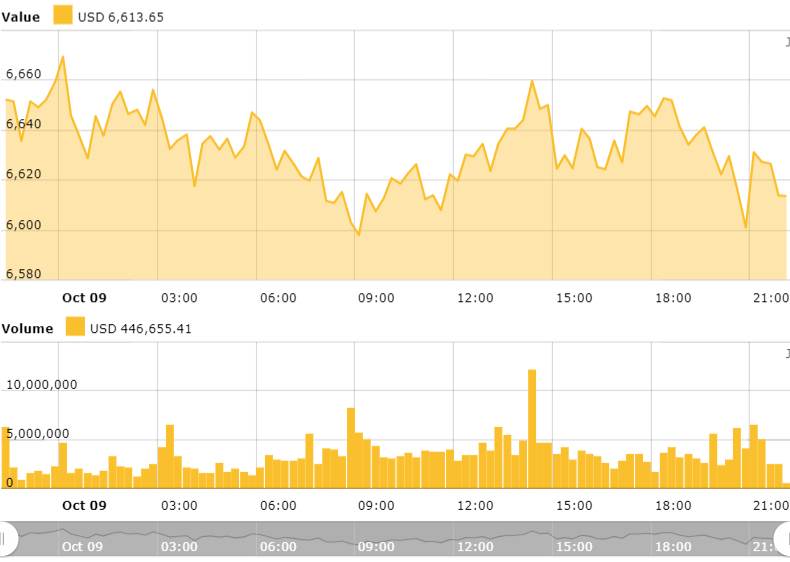 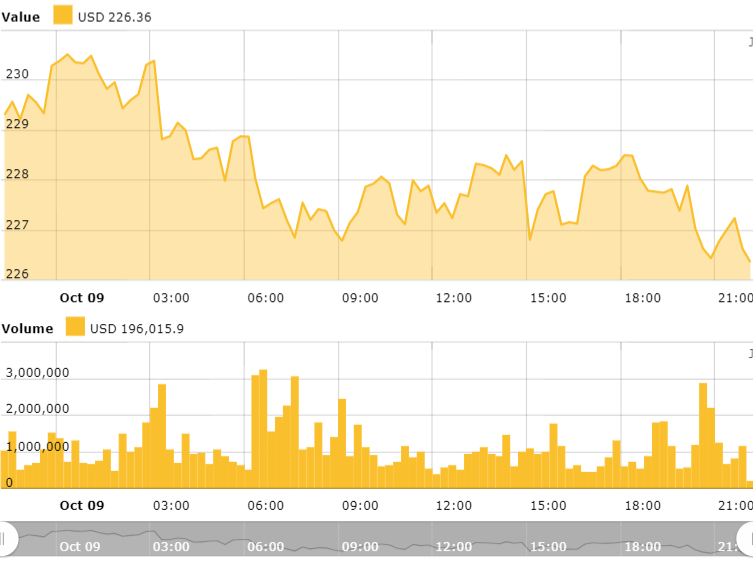 Ripple (XRP) has seen bigger fluctuations over the 24 hour period, down around 2 percent, and trading at $0.48 at press time. Also considerably down around 10 percent on the week, the third top cryptocurrency is still holding its monthly gains, up around 77 percent over the past 30 days. 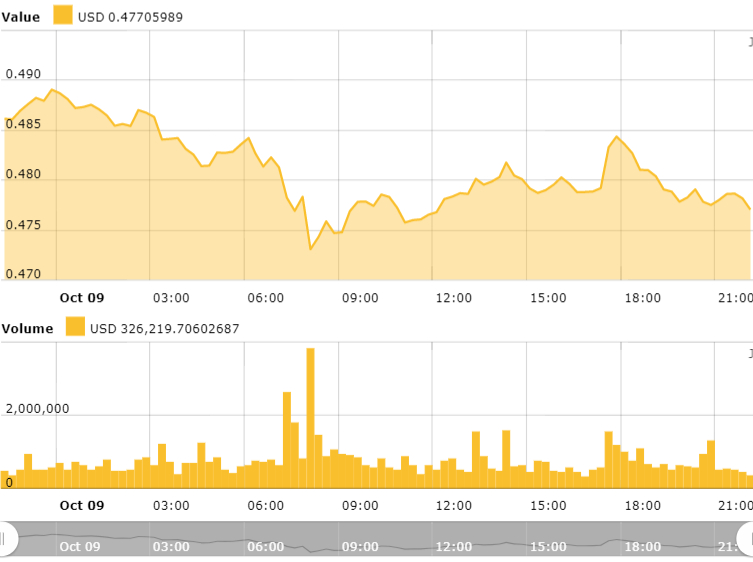 Total market capitalization has been hovering between $218 billion and $221 billion over the day. At press time, total market cap is $219 billion, while daily trade volume has slightly dropped to $11 billion. 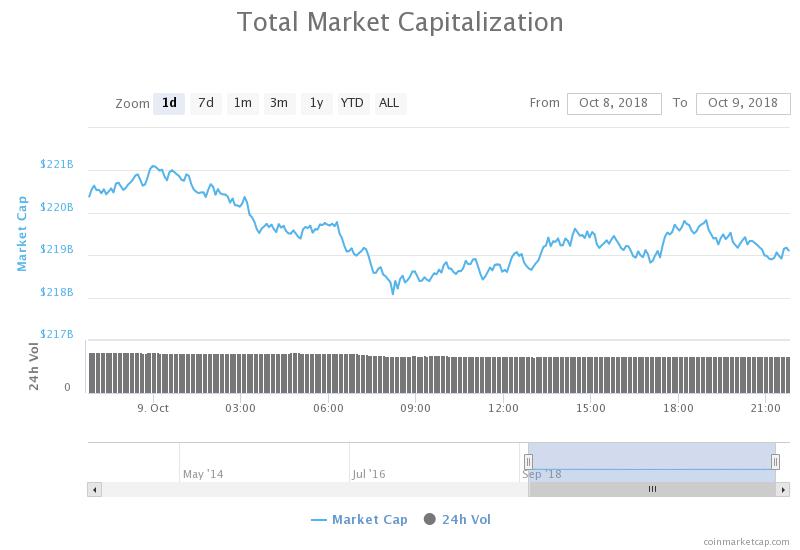 The only cryptocurrency among the top 20 coins seeing considerable gains at press time is Tezos (XTZ), which is up around 3.7 percent. The altcoin is trading at $1.41, up about 6 percent over the past 7 days.

Founder of financial advisory organization DeVere Group Nigel Green has recently suggested that the currently stagnant condition of crypto markets could be a “signal that the cryptocurrency market is maturing.” Indeed, the markets have seen some sort of lack of volatility recently. Bitcoin reportedly hit “an inflection point with volatility at a 17-month low.”

Crypto analyst Joseph Young tweeted that the lack of volumes on markets last week was “concerning,” noting that it is “quite evident” that the industry is experiencing “seller fatigue.” Given the two-month stability of Bitcoin’s price, the “bottom could be in,” Young concluded.

Cointelegraph recently reported on a Juniper Research study which found that crypto markets are on the verge of “implosion,” while transaction volumes are dropping.