Following a period of prolonged stability, crypto markets see the second day of a slight slump. 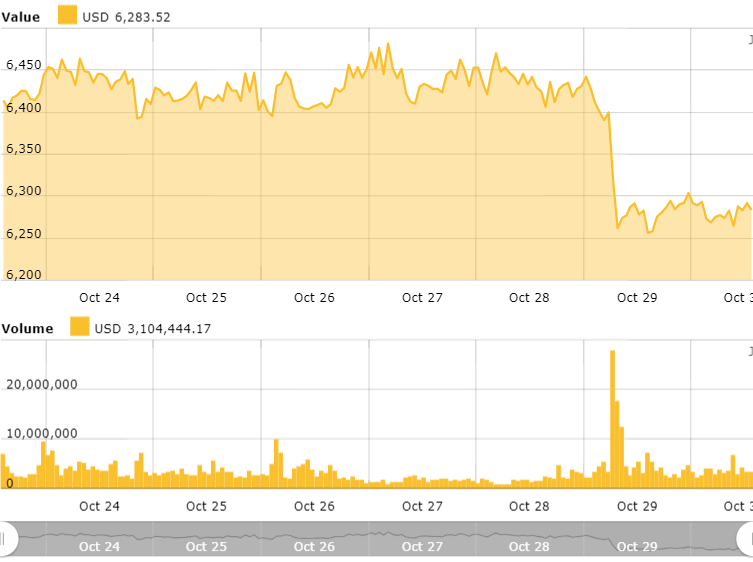 Ethereum (ETH) is down around 0.27 percent over the past 24 hours, trading at $196 at press time. The second cryptocurrency by market cap dipped below the $200 price point yesterday, and has since been hovering around the same levels. Recently, Cointelegraph reported that the Ethereum Enterprise Alliance (EEA) released new standard specifications for developers using the Ethereum blockchain. 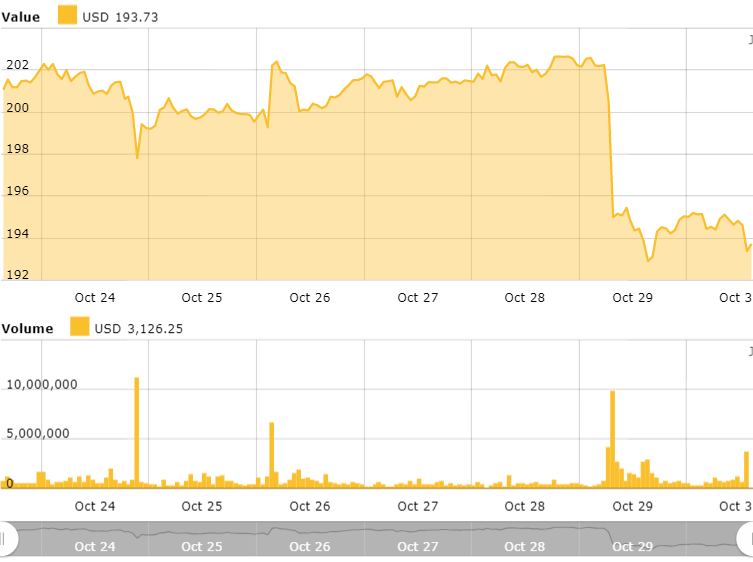 In contrast, Ripple (XRP), the third top cryptocurrency by market cap, has seen a slight rebound after yesterday’s sell-off. At press time, the coin is up around 0.6 percent, and is trading at $0.442. On the week, Ripple is down around 1.4 percent. 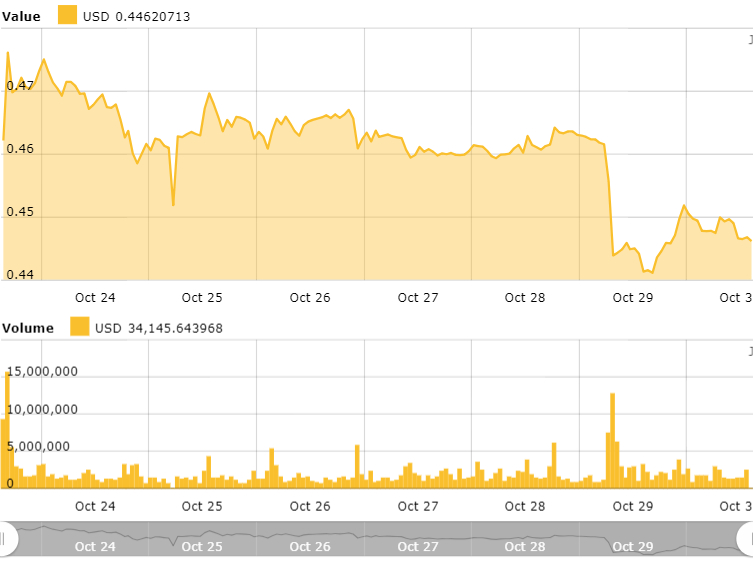 After dropping to as low as $201 billion yesterday, total market cap has been hovering around $203 billion for the most part of the day, amounting to $202.8 billion at press time. 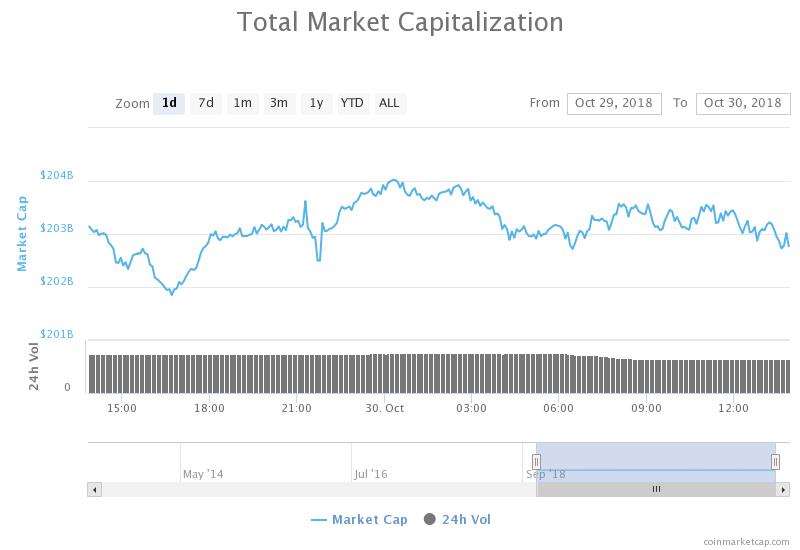 The recent drop-off in crypto markets is in line with a number of the industry-related events that took place on Monday, Oct. 29. Speaking at a recent interview at the 2018 Canada FinTech Forum, former U.S. Federal Reserve chair Janet Yellen argued that Bitcoin is “anything but” a useful store of value. Yellen pointed out low volumes of transactions, slow capacity in “handling payments,” as well as “difficulty” caused by Bitcoin’s “very decentralized nature.”

Also on Monday, the U.K.’s Financial Conduct Authority (FCA) claimed that the agency will consider banning sales of crypto-based derivatives, including contracts for difference (CFDs), options, and futures. The announcement followed a report by the U.K. Cryptoassets Taskforce, which suggested changes to cryptocurrency regulations and raised questions about the existing rules of trading digital assets.