Study: 14% of Major Crypto Exchanges Are Licensed by Regulators

Regtech firm Coinfirm found that 69 percent out of 216 global crypto exchanges do not have “complete and transparent” KYC procedures.

6025 Total views
169 Total shares
Listen to article
0:00
News
Own this piece of history

Only 14 percent of 216 global crypto exchanges were confirmed as being licensed by regulators, regulatory technology (regtech) startup Coinfirm found in its crypto exchange risk report released on March 27.

Coinfirm, а London-based regulatory tech firm for digital currencies and blockchain, studied 216 global cryptocurrency exchanges to outline the key risks that can be associated with each platform, as well as to assist monitors in developing necessary regulatory frameworks. The analyzed exchanges reportedly represent more than 90 percent of global crypto market activity.

In the study, Coinfirm evaluated the exchanges into seven categories of risk, including license and authorization, Customer Due Diligence (CDD) and Know Your Customer (KYC) compliance, Anti-Money Laundering (AML) compliance, sanctions, senior public figures, jurisdiction, and negative and adverse media.

The study found that 69 percent of exchanges do not have “complete and transparent” CDD and KYC procedures, while only 26 percent introduced AML procedures such as monitoring transactions or recruiting a money laundering officer.

Coinfirm also found that 40 percent of analyzed exchanges do not support fiat currencies and conduct exchanges only between cryptocurrencies. Of the remaining 60 percent that do provide fiat exchanges, only 23 percent had full KYC processes that supported both deposits and withdrawals for crypto and fiat currency transactions, the report notes.

In the report, Coinfirm provided the average composite risk performance of exchanges in specific jurisdictions, with the low-risk countries including countries such as Australia, Norway, Sweden, Finland, Germany, Switzerland, and others. Among the high-risk nations, Coinfirm listed Russia, Belarus, Ukraine, Iran, a number of African countries, and others. 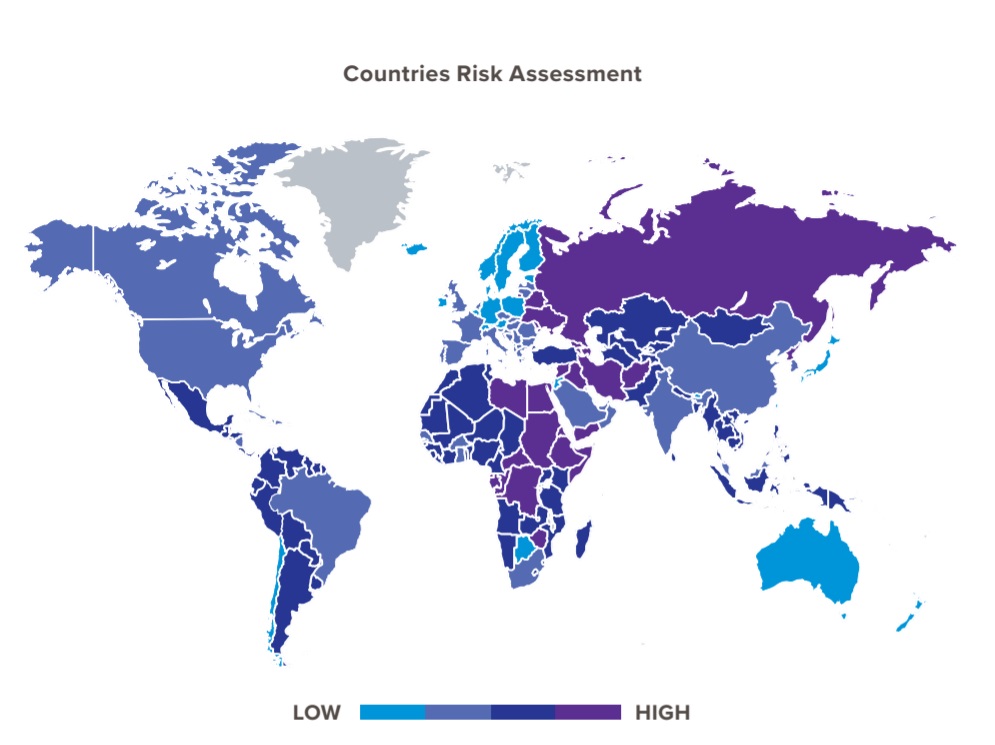 Binance exchange, the biggest crypto trading platform by daily trade volumes, was evaluated as a high-risk exchange due to a long lasting period of exposure to anonymous cryptos such as Monero (XMR) and ZCash (ZEC), the report reads. Coinfirm added that the exchange appeared to have been regularly changing jurisdictions, which infers potential regulatory arbitrage.