Most of the top 20 cryptocurrencies by market cap are solidly in green at press time, with tezos (XTZ) having jumped more than 12% over the past 24 hours. On the other hand, binance coin (BNB) and bitcoin SV (BSV) tumbled around 2.7% and 1.2%, respectively. 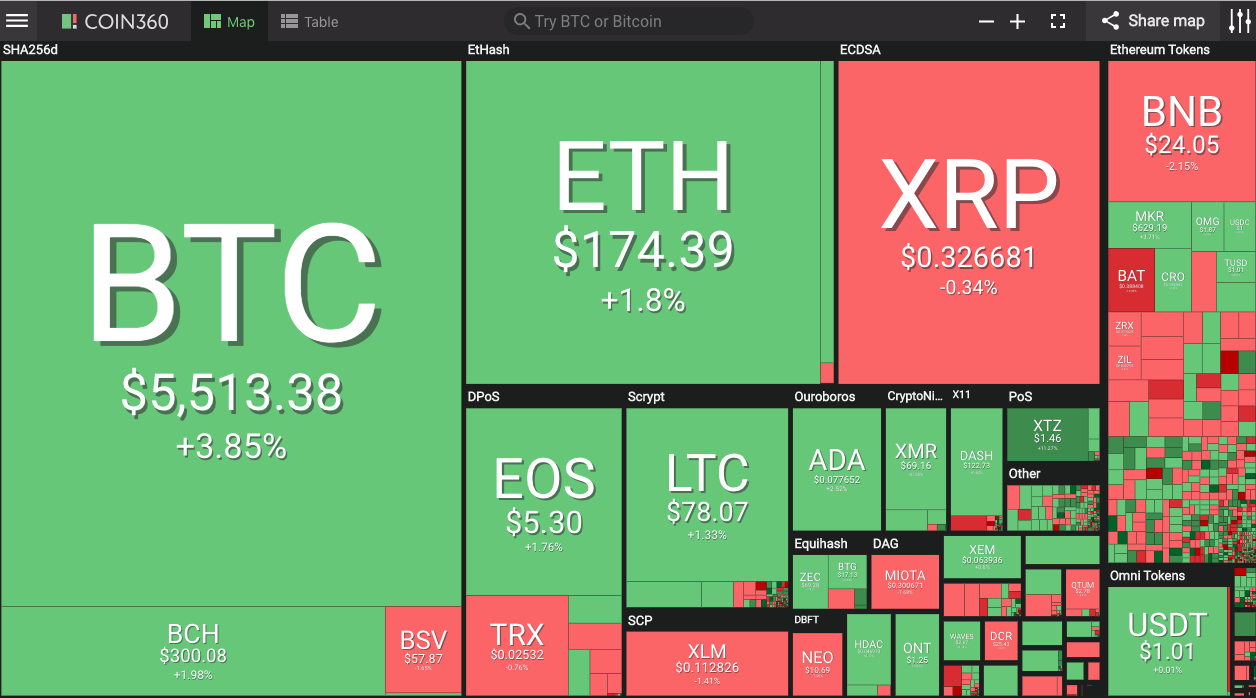 Bitcoin continued to gain momentum and has surged to as high as $5,590 today, according to CoinMarketCap. At press time, the biggest cryptocurrency is up 4.6% over the day to $5,572, which is a growth of 9.5% over the past 7 days.

Bitcoin’s dominance on the market has significantly risen over the past 24 hours, up from 52.5% to 53.2% at press time.

Total market capitalization hit a value of $185 billion for the first time in 2019 today. At press time, the market cap is slightly down to $184 billion, while daily trade volume surged to $50 billion.

Citing data from the European crypto exchange Bitstamp, Bloomberg today wrote that bitcoin has formed its first bullish golden cross since October 2015. The milestone followed a 35% price climb past $5,600, on track for its best monthly gain since the height of the crypto frenzy in December 2017, Bloomberg noted. 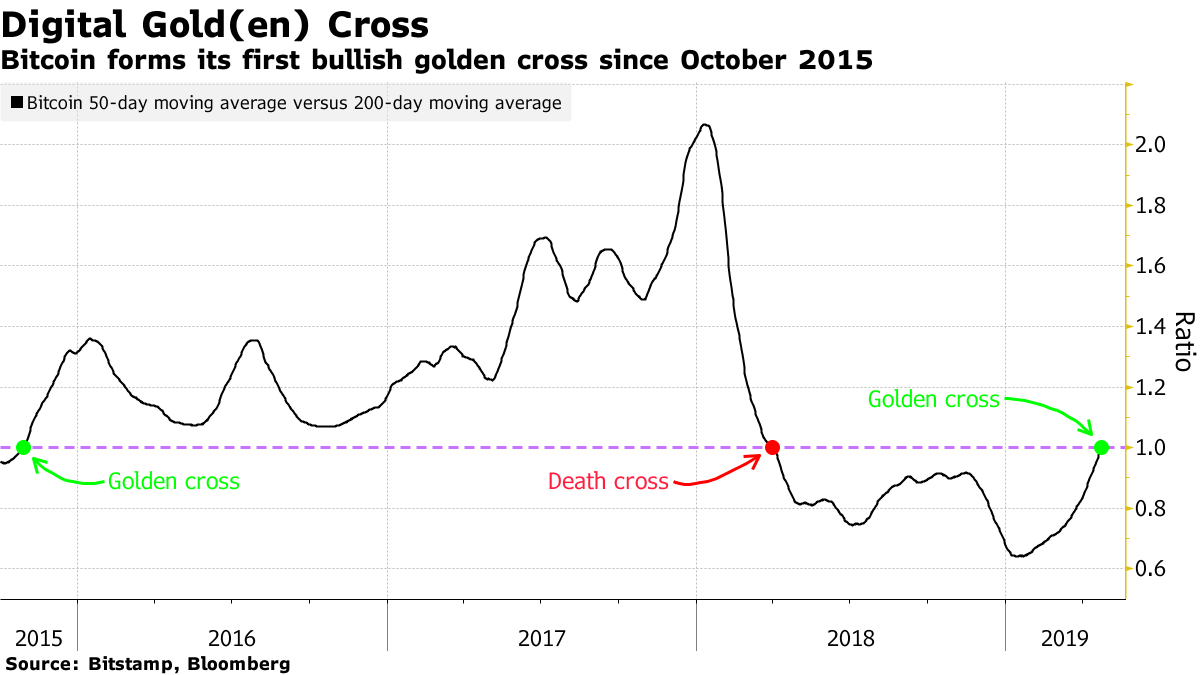 Recently, Fundstrat Global Advisors founder Tom Lee revealed that his company’s bitcoin sentiment indicator Bitcoin Misery Index (BMI) has never been seen in a bear market. The expert noted that the BMI was over 50 throughout 2018, but recently touched a value of 89, which means that a “bull market is likely starting.”

The United States stock market has slightly changed at press time, with the Dow Jones Industrial Average (DJIA) down around 0.2%, while the S&P 500 (SPX) and Nasdaq (NASDAQ) Composite rose 0.1% and 0.2%, respectively.

Meanwhile, oil prices jumped more than 2% in the previous session, seeing a new high this year amid increasing concern about global supplies after the United States announced a further clampdown on Iran’s oil exports, as CNBC reports. West Texas Intermediate (WTI) crude oil is up 0.6% as of press time and Brent crude surged around 0.4%, while the OPEC basket is up 1% on the day.