After yesterday’s mild market teeter, almost all of the top twenty cryptocurrencies are seeing mild green on the day to press time.

Monday, April 22 — after yesterday’s mild market teeter, almost all of the top twenty cryptocurrencies are seeing mild green on the day to press time, seeing growth of between 1 and 7%, as Coin360 data shows. 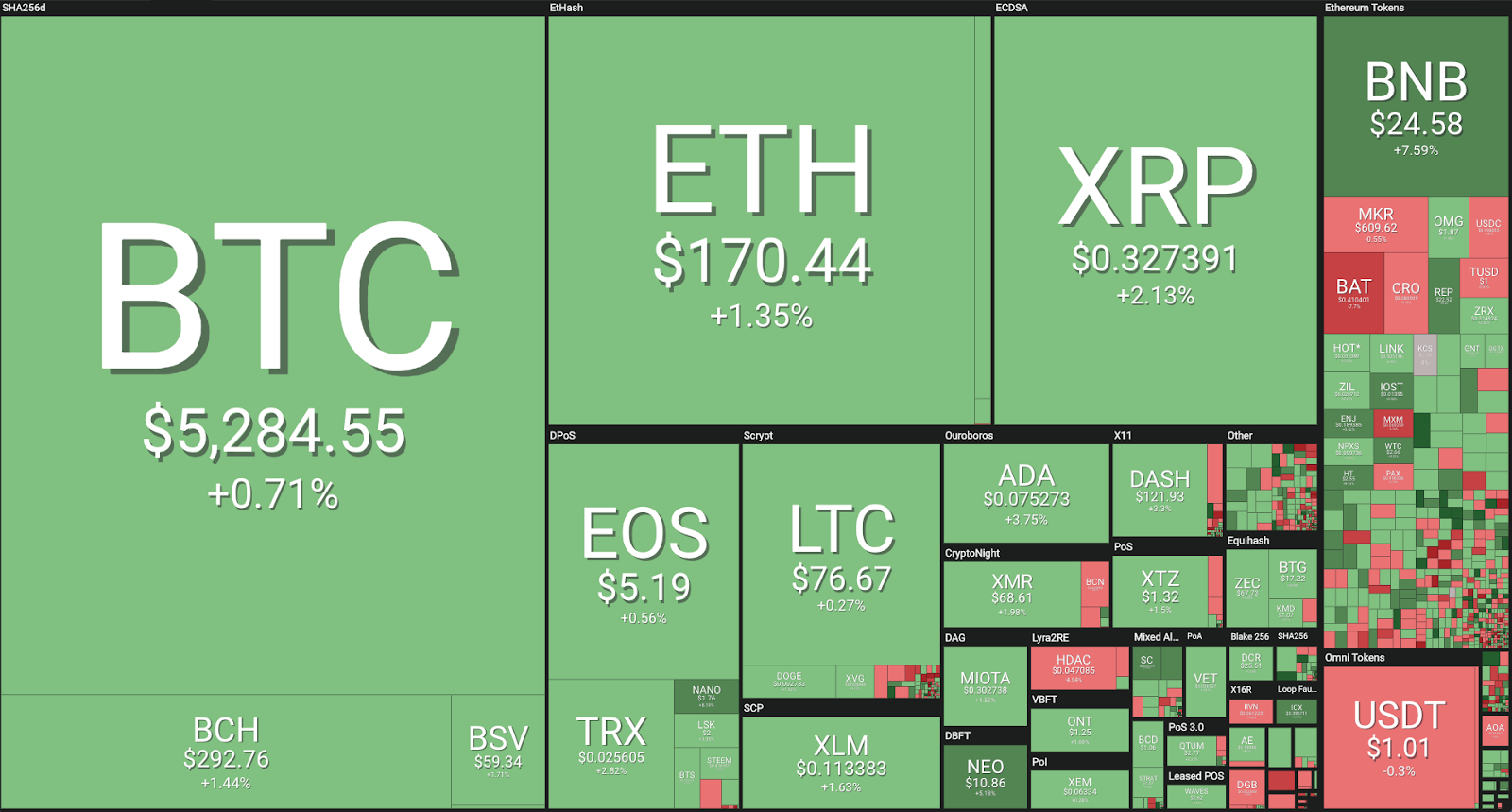 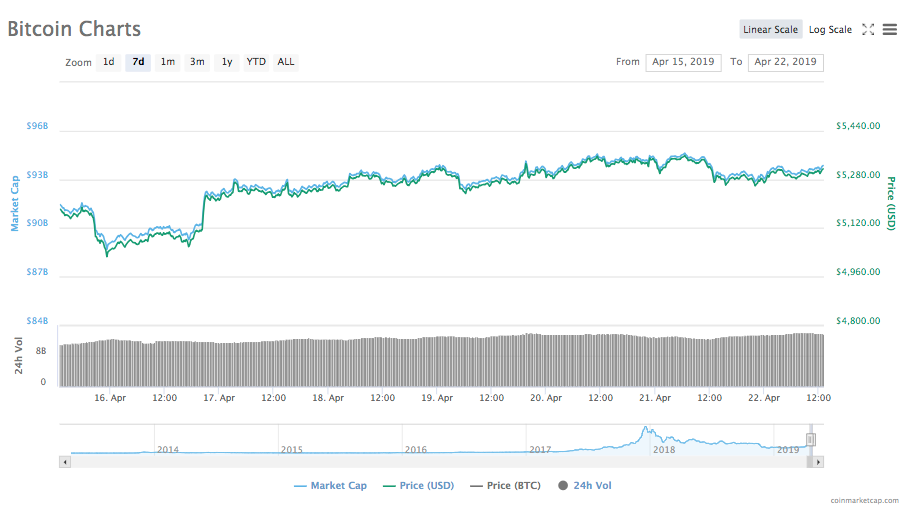 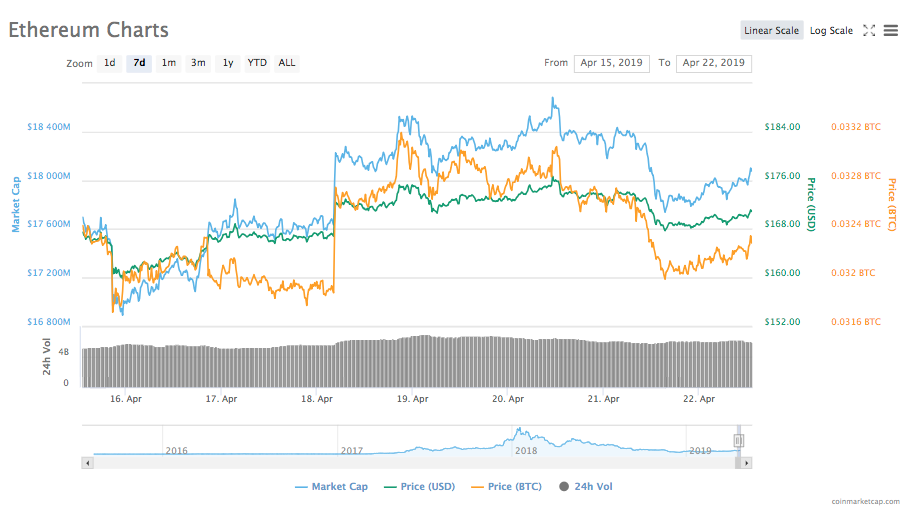 XRP has reported stronger growth of 1.7% on the day, and is currently trading at around $0.327. The asset’s price movements over the week have not correlated with bitcoin and ether, with XRP seeing an 7-day price high on April 18 at $0.34. After several days of consistent decline, XRP sharply spiked today, and has thus tempered its weekly performance to a 0.4% loss. 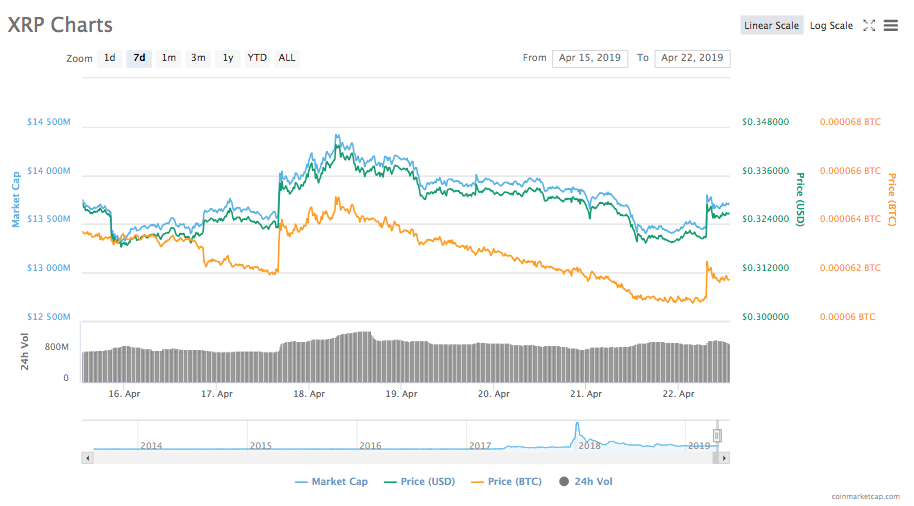 The top ten cryptocurrencies are almost uniformly green, with the exception of EOS — which is breaking virtually even, litecoin (LTC) — down a fractional 0.13%, and tether (USDT), which has lost 0.2% to cleave more closely to its USD peg.

The strongest top 10 performer is native exchange token binance coin (BNB), ranked the seventh largest cryptocurrency, growing 6.76% on the day to trade at $24.65 by press time. Cardano (ADA) has also seen higher-than-average growth of 3.3%, and is trading at $0.08 to press time.

Most other top 20 coins are seeing gentle gains around 1-2%.

The total market capitalization of all cryptocurrencies is currently around $178.7 billion, up roughly 1.3% on the week.

In crypto and blockchain news, a report has revealed that more South Koreans are buying cryptocurrency than ever more, with 7.4% of the surveyed population reporting they had invested in the new asset class, each with an average investment of over $6,000 — up 64% from 2017.

Also today, Cointelegraph reported that the British Virgin Islands — a United Kingdom Overseas Territory in the Carribean — has partnered with a blockchain firm to launch an alternative crypto-enabled payments infrastructure for residents across its network of islands.

In traditional markets, futures on the S&P 500 Index fell 0.3% as of 11 am (GMT+1), within the Shanghai Composite Index decreasing 1.7 percent — reportedly the largest decline in over three weeks, according to Bloomberg.

Meanwhile, oil prices have spiked to the reportedly highest level in almost six months, following the revelation that the United States government will abolish sanction waivers that had allowed buyers to import Iranian crude supplies.